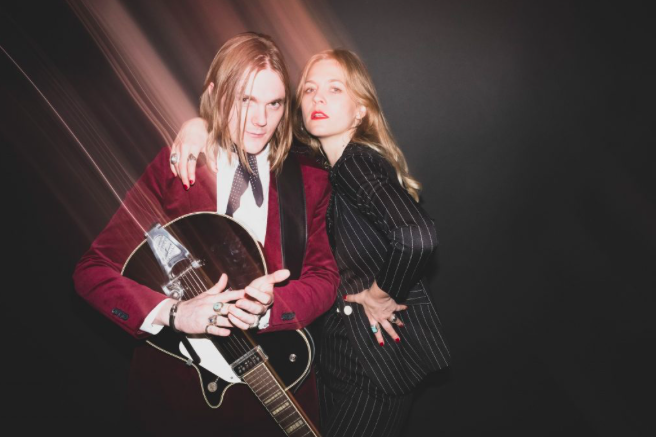 Today, the Nashville-via-London duo Ida Mae shared their new song “Learn To Love You Better” from their upcoming sophomore album Click Click Domino. Ida Mae writes, “’Learn To Love You Better’ was written for a friend of ours who was wildly and selflessly in love with a partner struggling with mental health issues and wanting to do everything right. It was written on a late 1800s Mandolinetto which we later combined with 70s analogue drum machines- inspired by JJ Cale and John Martyn. We just wanted it to be a lighter breath of fresh air on the record.”

Ida Mae will stream a full-band live performance of their new record via Mandolin on June 24th at 8PM Eastern time. Along with a pre-show cocktail hour and Q&A with Christopher Turpin and Stephanie Jean, the performance will be interspersed with documentary tour footage and track-by-track insight into each of the songs, making the event a truly immersive cinematic experience. Filmed in a secret studio in the wilds of the English countryside, this will be the first opportunity for fans to see Ida Mae perform these songs, accompanied by Ethan Johns on Drums and Nick Pini on double bass and electric bass. Tickets are currently available for purchase here.

Ida Mae will be performing at the Newport Folk Festival, which will take place July 23 – 26 in Newport, RI. “It’s our great honor to announce we will be performing at the world renowned Newport Folk Festival this year in Rhode Island,” said Ida Mae. “Having studied the performances of John Lee Hooker, Bob Dylan, Rev. Gary Davis and so many others at Newport it means a great deal to be included in this year’s lineup.”

For nearly two straight years following the release of their critically acclaimed debut, Chasing Lights, Ida Mae lived on the road, crisscrossing the US from coast to coast as they performed hundreds of dates with everyone from Willie Nelson and Alison Krauss to Marcus King and Greta Van Fleet. While those shows were electrifying for the duo, it was what happened in between – the countless hours spent driving through small towns and big cities, past sprawling suburbs and forgotten ghost towns, across deserts and mountains and forests and prairies – that truly laid the creative groundwork for Click Click Domino. 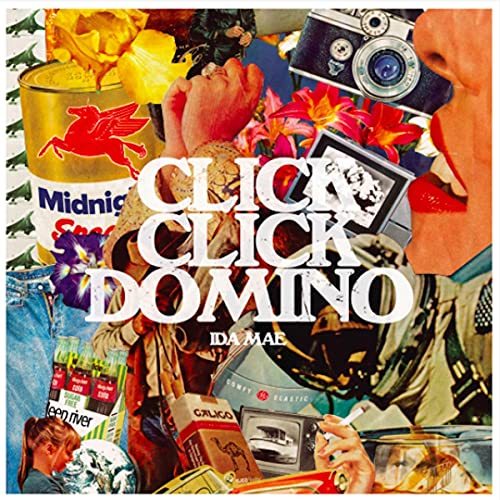 When it came time to record, the band planned on working once again with legendary producer Ethan Johns (Ray LaMontagne, Laura Marling, Kings of Leon), who’d helmed Chasing Lights back in England. With COVID-19 taking international travel off the table, though, Turpin and Jean decided to go ahead and make the record themselves, leaning on everything they’d learned working with Johns and other top shelf producers over the years like T Bone Burnett (Elvis Costello, Robert Plant & Alison Krauss), M. Ward, Ryan Hadlock (The Lumineers, Brandi Carlile), Jake Gosling (Ed Sheeran, Shawn Mendes), and Mike Crossey (The 1975, Arctic Monkeys).

Working out of their house in Nashville, they set up a series of bare bones recording stations and began cutting tracks together in one or two take performances, balancing the spontaneity of the moment with the energy and intuition of the live show they’d spent the past few years perfecting.