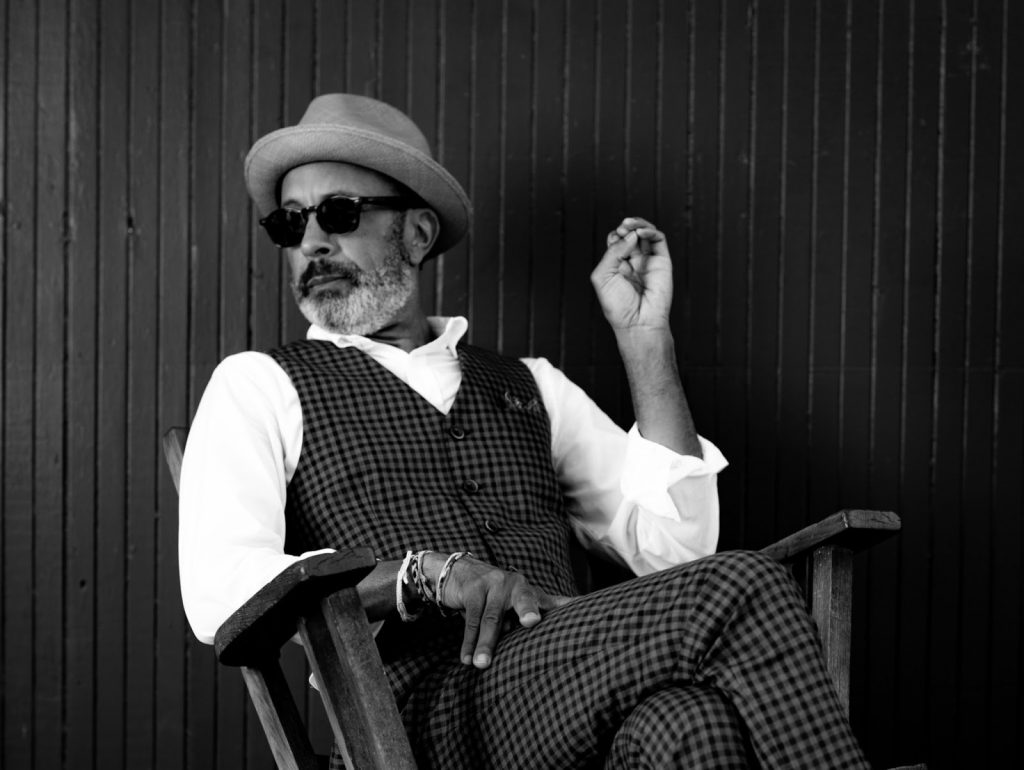 The Reverend Shawn Amos released his new stripped-down collection of blues classics, forged in quarantine with longtime guitarist Chris “Doctor” Roberts on May 21, via Put Together Music. The timing couldn’t have been better. Pared down to their essence, the songs on The Cause of it All speak to our shared sense of vulnerability and isolation, but with the joyful, contagious swagger that has long borne bluesmen – and their listeners – through trouble, into the light.

The Rev and the Doctor manifested a long-held desire of the Rev’s to journey back to the inspiration that launched him in 2014: raw, unbridled, canonical blues, presented in elemental duo format, no-frills, live in a room, as both testament and evangelism.

The Cause of It All hearkens back to historic pairings like Sonny Terry & Brownie McGhee and Junior Wells & Buddy Guy. The Rev and the Doctor deliver standards and lesser-known chestnuts, all bracingly intimate, every word hanging unencumbered in the air like an incantation. Just as they have on stages throughout the world, these men leave a lot on the floor: the breath into the bullet microphone, the laughter, the fret buzz, the defiant foot stomp – everything reverberating in a spirit-filled space, offering soul sustenance as only a well-crafted song can.

The Good Reverend has now added another fixture; a podcast series also entitled The Cause of it All. Hosting the program himself, Amos holds conversations with musicians about race, legacy, and the blues. Season one is out now and on the first four episodes, The Rev welcomes:

Episode 1: Alex Dixon, the grandson of blues legend, Willie Dixon, who raised him from a child. He shares lessons he learned from his granddad and shares when the King of Pop tried to buy the Gershwin of Blues’ songs.

Episode 2: Zakiya Hooker, the daughter of John Lee Hooker, King of the Boogie. She tells The Rev about her father’s little-seen humorous side and how he shielded her from racism as a child.

Episode 3: Vaneese Thomas, the daughter of famed musician and producer, Rufus Thomas. She talks about the legacy and pain of Memphis, the role of black women in the music business and why fought singing for so long.

The Reverend Shawn Amos, is himself the son of famous parents. His father is Wally “Famous” Amos of cookie fame, and his late mother was singer Shirley Ellis, known professionally as Shirl-ee May.

Being the child of a famous parent brings enormous advantages and unique challenges. These conversations were such a gift. Speaking with Alex, Zakiya, Vaneese, and John was a real backstage pass into blues history. It was also a bit of a support group for me as I continue to reconcile my relationship with my own father and my own Blackness. I’m grateful to all four of these artists for being so open-hearted.

One can catch The Reverend Shawn Amos live on August 20th, at Madison Ribberfest in Madison, Indiana and October 20th, at the Brooklyn Bowl in Brooklyn, New York.

The Cause Of It All Podcast