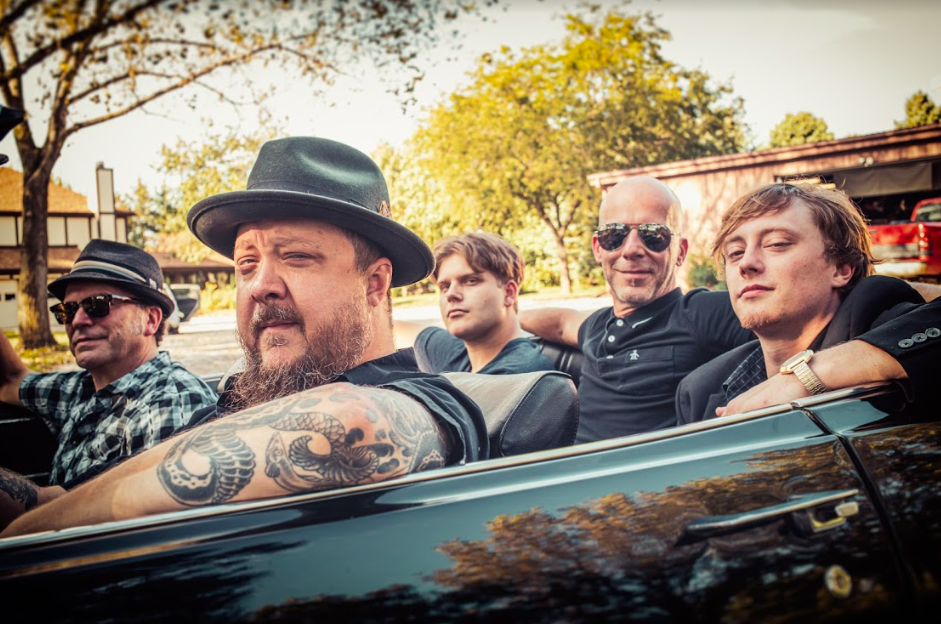 The robustly authentic Josh Hoyer & Soul Colossal are on their fifth full-length album, Natural Born Hustler. Produced by Eddie Roberts of The New Mastersounds, Natural Born Hustler combines all the best sounds of ‘60s and ‘70s soul with the best of the modern age. It’s been a long while since I’ve heard an album on which each and every song has its own life force. And while Natural Born Hustler is a feat of timeless proportions, Hoyer examines themes relevant in today’s climate. 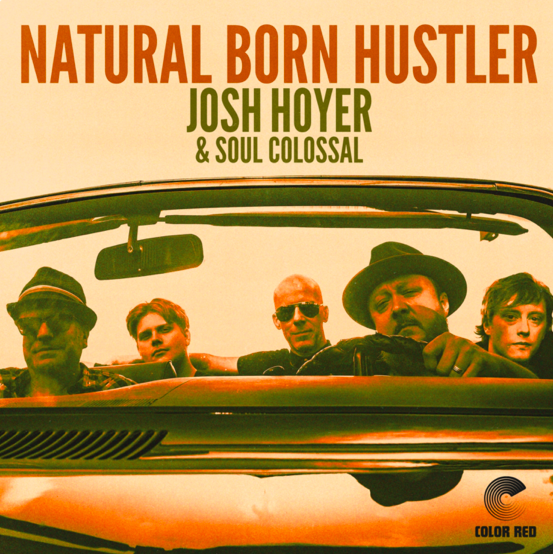 Recording at Color Red studios and working with Eddie Roberts as a producer allowed Hoyer to achieve his longtime goal of translating his live-off-the-floor sound into the studio format. And when making music, Hoyer also values and preserves the concept of the LP format. “I listen to records—I don’t do singles,” Hoyer recalls of Etta James and Temptations records. Continuing, “I look for cohesiveness and something that can be listened to on a road trip.”

Written before the pandemic, the bulk of the music actually captures and navigates the chaos we were all experiencing in 2020. During his forced downtime, Hoyer realized even more the healing powers music can have as he reflected on the album and continued to connect with fans via livestreams. Comprised of Josh Hoyer (keyboards/vocals), Blake DeForest (trumpet), Mike Keeling (bass), Benjamin Kushner (guitar), and Harrison ElDorado (drums), Hoyer formed Josh Hoyer & Soul Colossal in 2012 in Lincoln, Nebraska. Some may know him from appearing as a contestant on NBC’s The Voice.

The album opens with the aptly named “Hustler,”  the tastiest vintage horn lines straight out the gate — and straight out of the Motown Sound. The guitar parts and distinct vocals prove to be a bit more nuanced than just that, however, and you quickly learn they ain’t called Soul Colossal for nothin’. “Take Your Time” is the perfect foil to second track “Whisper” — with its octave licks à la The Spinners, and horn parts that call to mind Brenton Wood’s falsetto in “The Oogum Boogum Song.” In fact, gun to my head, it would probably be that solid and sensational gem if I had to pick a favorite.

Throughout the album is Hoyer’s incredible vocal range, but if there is a showcase for his natural baritone singing voice it is “Changing.” And if there’s a song that really, truly demonstrates his lyrical and melodic mastery, it’s “Sunday Lies.” One listen and one might find themselves thumbing through the pages of the Great American Songbook, because surely this is a Stax standard. It’s that bloody good. Against the backdrop of a refined shuffle groove and guitar funk, Hoyer calls out the politician — or carrot-dangling deity — who co-opts their platform to manipulate the voter dynamic in people of faith.

“The Night” takes on a yacht rock melody with Boz Scaggs-style vocals, anchored by a driving rhythm section. The pulsating bass line in “Take My Chances” is punctuated by just the right amount of horns. The lyrics make clear Hoyer is a man who takes his chances, keeps his nose to the grindstone, and stays true to his roots music.

“Automatic” is slow, romantic, and mellifluously jazzy, featuring classic vocal buildups with expressive lows and highs. Not surprising that the sounds of Stax, Motown, Muscle Shoals, New Orleans, Philly and San Francisco influence this award-winning five-piece. Because you hear all of those sonic elements in “Gimme That Lovin.”

“Ring The Bells” is a slow groove that somehow also rocks — as guitar-intense as it is horn-hefty. Benjamin Kushner’s guitar skills stand out, and the keys keep pumping the rhythm right along. After the lost year we’ve all had, with concerts that never were, the authentic effort of Josh Hoyer & Soul Colossal’s Natural Born Hustler sounds all the better and shines all the brighter. These songs, as well as the new material the band have been preparing, are destined to be greeted with a rousing fanfare during the upcoming 2021 tours.

The LP is out on Color Red, the music platform founded by Eddie Roberts.