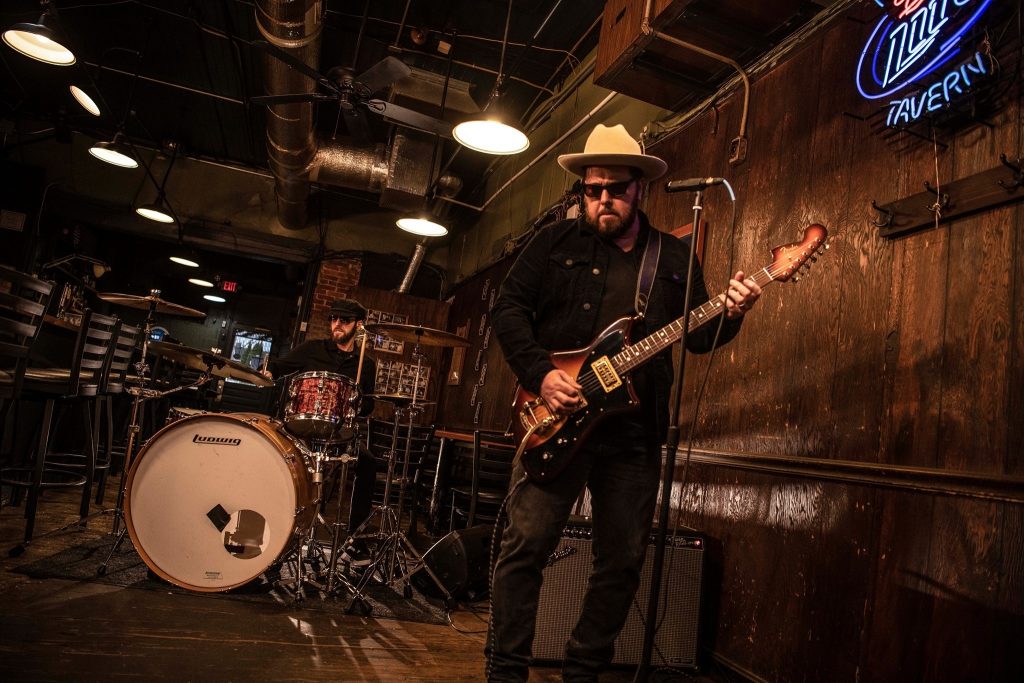 Indiana duo The Cold Stares have just released “Heavy Shoes,” the title track from their upcoming studio album, out August 13th via Mascot Records. Shot in an abandoned 19th-century church that seemed to breathe with the energy of those who had once filled its halls, “Heavy Shoes” is a metaphor for the baggage we all carry, whether it’s a relationship, an addiction, or just something you can’t let go of. “That feeling of every step being heavier than the last and not being able to carry the baggage any further,” explains guitarist Chris Tapp. “Heavy Shoes was the first song I had written for the album, and kind of a template we wanted to use for the rest of the record. Heavy, bluesy, straight ahead and honest. 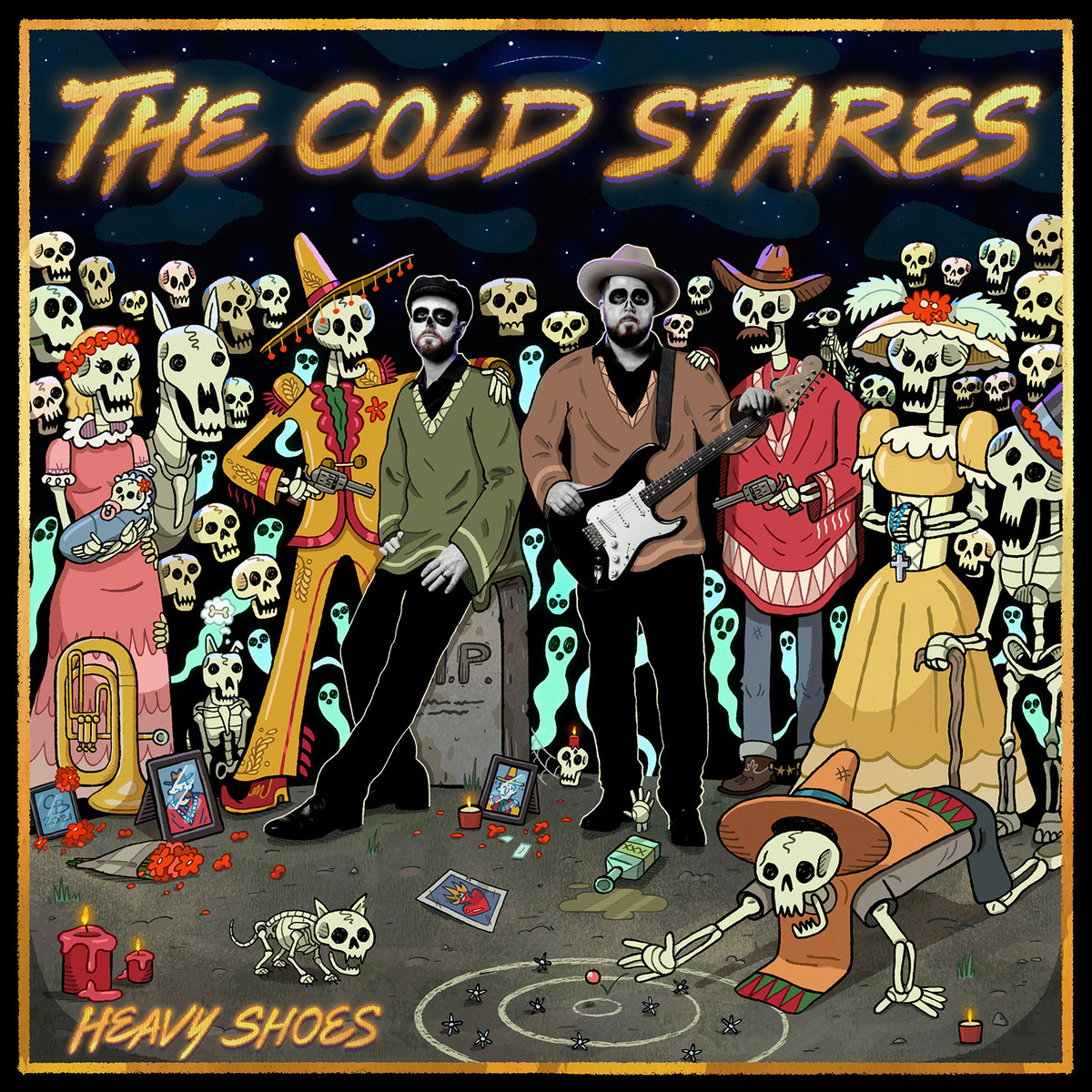 “We shot the video in an old church from the 1800s,” Tapp recounts. “The church was abandoned, and in the 1980s it was set for destruction when a woman bought it. The lady had the church moved about a mile down the road to her property and slowly started to preserve it. It’s cool that today it’s structurally sound, but they haven’t changed anything from on the interior from the day the church closed its doors. Like a lot of places I love, you can feel the memories and peoples experiences in the walls.”

The Cold Stares’ story is enough for a drama series – cancer, suicide, betrayal, divorce. There’s a richness running through the songs, with dark, multi-layered narratives that course through every twist and turn. Dirty fuzzed-up rock and roll meet blues, garage, desert rock and a Southern Gothic sensibility. Sombre storytelling is etched into their songs with unflinching honesty. For Chris Tapp and Brian Mullins, authenticity is their hallmark.

“There’s not really anything that bothers me to talk about,” Tapp explains. “When you don’t allow yourself to be human and say what’s happened to you, then you make other people that are going through tough shit think that they’re alone. We’ve both been through divorces, and I’ve been through cancer. We’ve been through tough times and never been given anything on a silver plate. We’re just a blue-collar American rock and roll band.”

Recorded largely at Sam Phillips Recording Studio in Memphis, the album runs a gamut of themes; addiction on “Save You From You,” emotional torture on “Prosecution Blues,” destructive relationships on “Heavy Shoes,” and manipulation on “Election Blues.” Tapp hasn’t been dealt the easiest cards in life. Aged ten he discovered he was adopted, and “for a long time, I kinda felt I was alone.” His Grandfather, whom he “emphatically loved,” ended up taking his own life, and it was Chris who found him. “It was difficult then, and it’s been difficult since,” he says. “That’s a heavy component of my life, and that creeps into the songs. It’s sometimes easier for me to think about it in a song with characters than it is for me to just think about it.”

As a child, his grandfather told him about his great-grandfather, who ran moonshine during prohibition. When no one in the family would discuss that period, he decided to go to do his own research, and discovered that during this, the local Sheriff and Deputy visited his great-grandfather’s house and assaulted his great-aunt. To protect his family, the next time, he hid under the porch until the Sheriff and Deputy returned. He then shot them both dead on the porch. He spent six days in jail and was released. This trauma shook the family and Tapp lived in that home during his twenties. “My great-aunt lived to be 103 and, just before she passed away, in the last couple of years, she started to talk to me about it.”

Tapp was diagnosed with Stage 3 Cancer in 2009 and given six months to live. 18 months of radiation and chemotherapy followed. “Now I feel like I’m saying what I want to say a little bit more concisely and elegantly,” he concludes.

Now on their fifth album, the road-worn warriors have crisscrossed the US, playing the Mercury Lounge to the Viper Rooms, and played with Rival Sons, Spoon, Grand Funk Railroad and Thievery Corp. You want authenticity, take one long cold hard stare at these two. The Cold Stares are a rock ‘n’ roll band, but they take a sledgehammer to the foundation to reveal the cracks that are suppressed within it. With that, allowing themselves to be raw and open to show that, we are not alone.