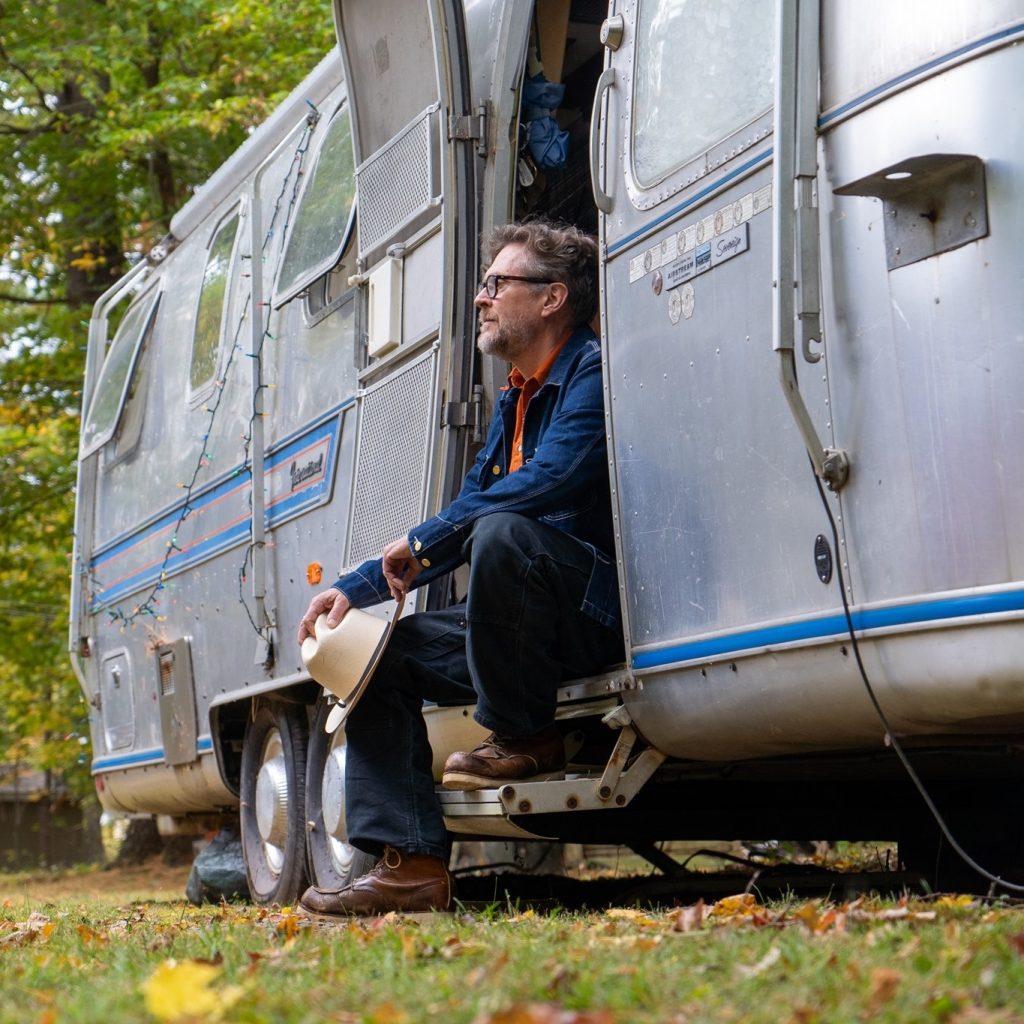 In Dreams Begin Responsibilities is the title of a famous 1937 short story by the American writer Delmore Schwartz. For Almaas, In Dreams began his new album. In February 2019, Steve was on a plane to his hometown of Minneapolis to play a gig with the Twin Cities’ original punk rock band, the Suicide Commandos, which he’d co–founded in 1975.

“The plane was rather empty and I had a row to myself,” he recalls. “I took a little nap, woke up – and in my head was a full set of lyrics that I very quickly entered in my iPad.” That fleeting vision became “Cigarettes, Coffee or You,” a light–hearted number with a touch of Western swing. “Then I lay down, took another nap, woke up again – and had another full set of lyrics in my head!” With an instantly memorable melody and sweeping pedal steel guitar lines, and Steve created the album’s closing track, “The One Thing I Cannot Do.”

Everywhere You’ve Been is Steve Almaas’s sixth solo album; he made two more along the way in partnership with Ali Smith, and in 2017 the Suicide Commandos reunited for Time Bomb. There are no bad records in the bunch, but his latest release is an especially accomplished work of roots–pop songcraft performed with a strong supporting cast. The personnel include longtime Bob Dylan bassist Tony Garnier; and guitarist Kenny Vaughan, from the ranks of Marty Stuart & His Fabulous Superlatives. On pedal steel, nylon–string and electric guitars is another old friend, Jon Graboff, whose credits include session and road work with (among many others) Cyndi Lauper, Willie Nelson, Ryan Adams, and Norah Jones. Mitch Easter contributes lead guitar to two songs and Gary Louris of The Jayhawks provides a high lonesome harmony on another. 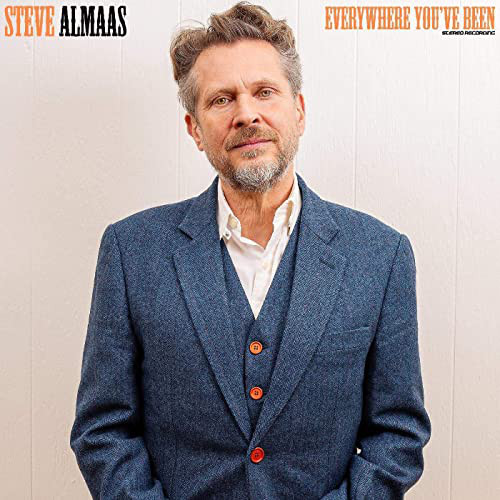 Produced by the artist, Everywhere You’ve Been was tracked by Mario Viele at Cowboy Technical Services Recording Rig (Brooklyn NY) and mixed by Mitch Easter at his Fidelitorium Recordings (Kernersville NC). For the Brooklyn sessions in July 2019, Steve played guitar, ukulele, bass, and baritone guitar alongside drummer TJ Maiani, with Mark Sidgwick on the Fender Bass and Tony Garner on stand-up. Charly Roth played keyboards and Paul Scher played sax.   Most lead vocals were recorded in the Almaas home studio, an Airstream trailer parked behind his house in Saugerties NY.

“The most long-distance contribution was from Jon Graboff in Santa Fe,” Steve recalls. “But we have such a long and positive working relationship that I can speak in the most abstract terms and Jon will totally get it.

“For ‘The Way I Treated You,’ in my mind I was trying to write a Roger Miller song, like the way his lyrics sound like they’re spilling out of his mouth. And his records often had the nylon–string lead guitar, so I asked Jon to use it on the track.” It’s a confessional lyric set to a jaunty arrangement: “The lyrics are not a diary – my writing isn’t strictly autobiographical – but there’s a deep truth to that song. It’s not about anyone specific but there’s a big truth in there.”

In July 2019, Kenny Vaughan came to neighboring Kingston NY with Marty Stuart to open for Steve Miller. “I asked if there was any way he could get time off that same day to lay down some guitar parts. I only had him for like two hours, but Kenny nailed it on two songs” – the aforementioned “Cigarettes, Coffee, Or You” and the rockabilly–style “1955.”

Not to be overlooked are the harmonizing voices of Daria Grace and Vibeke Saugestad. “Daria is a great musician who lives in Beacon NY and leads a group called Daria Grace & the Pre-War Ponies. Vibeke Saugestad was a genuine pop star in her home country of Norway before she moved to the U.S. She and Daria also work as the Wynotte Sisters, especially during December when they write and perform original holiday songs.”

Today sees the premiere of the video for Everywhere You’ve Been‘s rootsy title track. Of the new record, Almaas sums up:

I really have a good feeling about this record. This is what I do – this is what I can do with the help of my excellent musician friends. I stand by it, and I hope people like it.