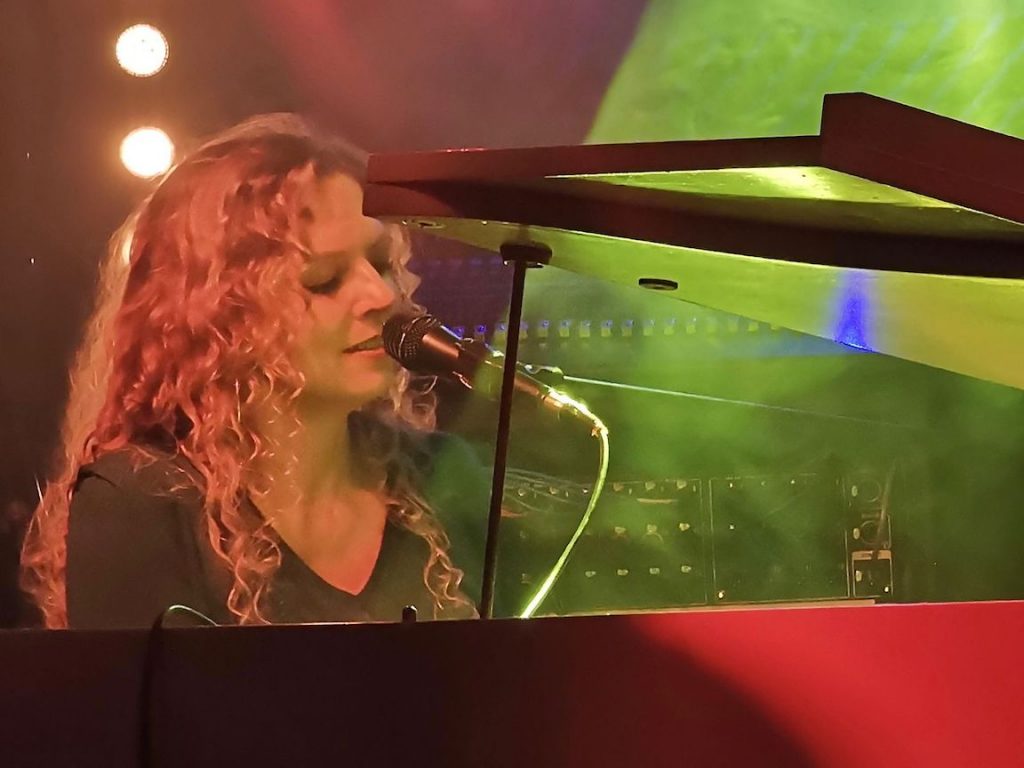 A musician’s musician blessed with a beautiful voice, award-winning singer, actor and screenwriter Jennifer Porter has performed a repertoire that spans from Jazz and Blues to Country and Opera. She has sung with Classical and Jazz Orchestras, including the world-famous Glenn Miller Orchestra.  Though trained as an opera singer and classical pianist, she considers herself a Roots Musician at heart, as she began playing piano at age five after sneaking out of bed to watch a boogie-woogie piano player named Maxine perform at one of her grand-parents notorious cocktail parties.  Jennifer is still most at home sitting at the piano and singing while banging out an old Blues tune in a red-hot 88 style.

Premiering today on ABS is “Sun Come And Shine,” the first single and video from Porter’s new album of the same name — combining elements of piano blues and vintage Laurel Canyon rock into a timeless melody. Setting a distinctly positive mood, Porter starts off with a blues-inspired riff and builds it into a smooth pop song that might best be described as Carole King channeling Pinetop Perkins.

“This is one of those songs that practically wrote itself,” Porter tells us. “I think it took maybe 10 or 15 minutes. I didn’t even feel like I was writing it, it was almost effortless; one of those rare instances where you feel connected to the cosmic creative forces of the universe and everything just flows naturally.”

After the darkness of the past year, this song speaks to a shared longing for the sun to come and shine once more. Porter’s infectious optimism is impossible to ignore, and the song and video plug into the kind of upbeat attitude that makes for a classic summer song.