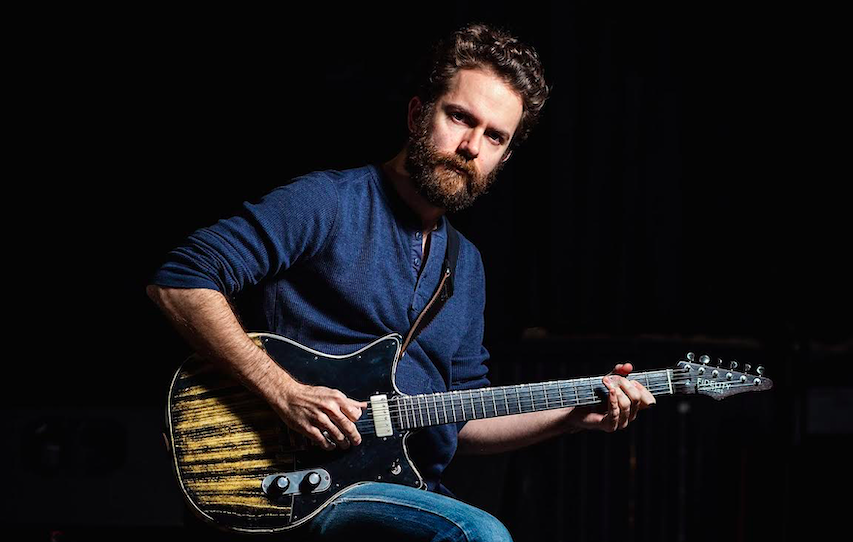 As Covid restrictions were lifted gradually across Scotland, the festival organizers were able to reinstate this eagerly anticipated event featuring 70 concerts last week albeit with limited live audiences. However, all shows were available online which guaranteed worldwide access to jazz and blues enthusiasts. It was therefore a global audience that witnessed a truly remarkable set from Scotland’s Jed Potts & the Hillman Hunters at the Assembly Roxy, a converted former church in the capital city. 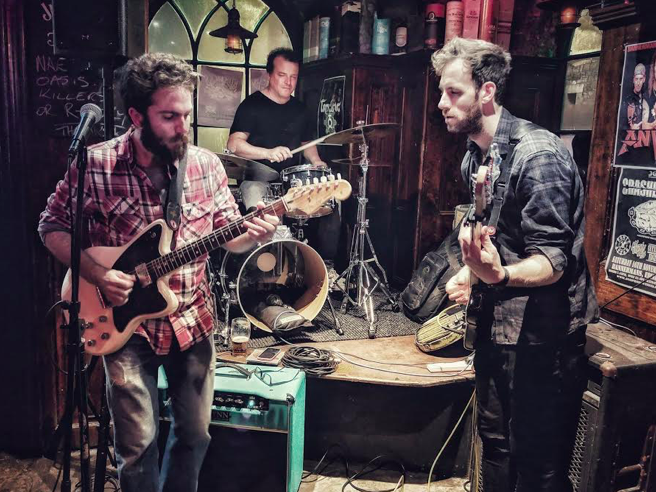 This power trio of fine young musicians spent lockdown honing their skills and writing and producing self-penned material including several single releases most of which were included in the night’s performance. And what a transformation — from mainly 1950s American blues classics to ingenious, diverse and original songs and instrumentals that have taken the band to an exciting new level.

As Jed and the boys walked onto the stage, back in their natural habitat and doing what they love best, the bandleader broke the ice by asking the audience, “Where have you been?” Charlie Wild started a slow blues, bass solo, Jonny Christie added clever stick work and finally Jed added some piercing, haunting vocals and slide guitar as the pace increased on “Won’t Be No Use.” The sense of relief was tangible: live blues was well and truly back after 16 long months. A new upbeat song, “The Fastest Outlaw” had a strong funky rhythm, distinctive vocal style and quirky lyrics, with Jed the consummate storyteller. “Swashbucklin’’ was a blues wailing party in its own right, courtesy of the compelling riffs, muscular grooves and syncopated swing patterns. Wild and Christie provided the power, dexterity and timing to underpin Jed’s superb finger blurring fretwork.

A rapid tempo instrumental preceded the introduction to “It Won’t Be Long,” the latter loosely reminiscent of a Howlin’ Wolf type of beat but given a fresh interpretation for the band’s third single release.  As Jed explains:

This kind of groove has always been a great place for us to go live as it seems to lend itself to our particular style of interplay and musical rascality. Full credit has to go to Jonny and Charlie for their work on this as it’s the kind of song which lives or dies on personality, spontaneity and risk, and they really deliver.

Another fast moving instrumental exploded next with ‘”Splash-Down!” — characterized by searing guitar solos, swaggering bass and intelligent percussion. A slow, melodic jazzy-blues instrumental, “Draughts,” was evocative of a late night intimate club gig, the chemistry between all three musicians almost tangible as they effortlessly fed off and responded to each other with freedom yet in complete unison. Jonny Christie gave a master class in percussive techniques.

The vibe changed with the country and western flavored  “To the Mountains,” which suited Jed’s vocal range perfectly. “Effin’ n’ Jeffin’ was a new instrumental in what is becoming a niche style for the band. “Where’s Your Man” was the first single release in lockdown and Jed sang it with passion and intensity, not surprisingly given the apparent risks!

“You call me up late last night saying your husband’s out of town / You feel a little lonely and you want me to come around.”

Up next was a very special, inspirational song, “Together,” which ultimately bordered on prog rock, a further signal of the pioneering direction taken by the band.

I wrote this during the absolute depths of lockdown despair earlier this year in my basement practice room. I had thought it would be a solo tune but we messed around with it a little as a band and I really like what the boys are doing on it. It was written specifically with the Festival in mind, so it was special to be able to debut it.

Special guest Jon Mackenzie added his considerable experience as a singer, songwriter, guitar teacher, session player and recording artist with “Don’t Tell Me,” Jon brought to the mix his intricate strings interpolations plus memorable guitar duelling with Jed’s equally impressive slide. A country and western feel was introduced again on “From Newington to New York”, one of Jon Mackenzie’s originals, before the encore, ZZ Top’s “She Loves My Automobile”, a show time, R&B extravaganza of four and six string ferocity underpinned by dynamic stick work. The audience wanted a lot more but the hour was up, leaving everyone watching live or at home uplifted and revitalized with a sense that some kind of normality had at last been restored.