Kingfish: Old, New and Something Blue 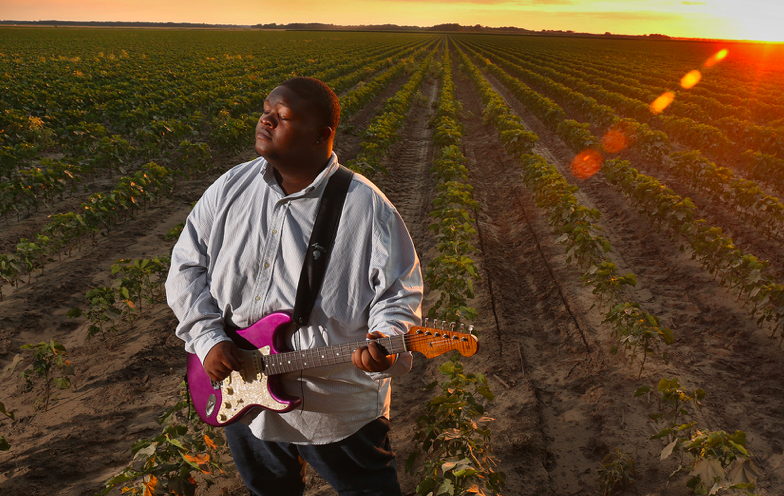 Christone “Kingfish” Ingram has escaped gravity and is orbiting earth on two Alligator albums with the kind of emotional catharsis highly unusual for someone his age, currently 22. He has just released his second Alligator record 662 that recalls the heyday of masters like B.B. King and Howlin’ Wolf without falling into the trap of simply copying them. 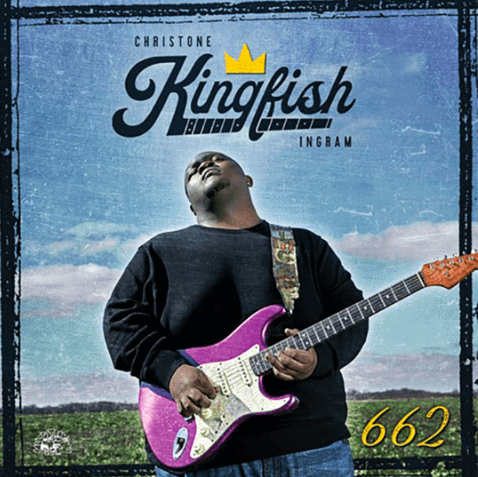 In it he sings “I’m too young to remember, but old enough to know.” Accompanying himself on a raging guitar that updates the stunning riffs of Hubert Sumlin, the fire of Freddie King and the sting of Kings Albert and B.B., Kingfish reveals the secret of how he matches the masters before having paid the dues of a long life lived in the fast lane.

“My uncle would take me to juke joints like Red’s in Clarksdale. I was too young but old enough to know about that stuff. I was around them (blues artists) at that age.”

Kingfish addresses a fundamental issue that’s dogged blues dating back centuries to field hollers, spirituals and work songs of African American slaves. How does a kid who is just beginning his life write and perform songs in a genre rooted in the kind of angst and emotional maturity that only comes with a lifetime of living?

Willie Dixon defined blues as truth, and the simple fact is that truth is revealed in the life and death experiences that only come with years of struggling with universal issues we all have to face to survive. Used to be, blues was an old person’s game written and performed by men and women who’d been through enough of life’s travails to impart wisdom and in some cases offer therapy to fellow life travelers in lyrics accompanied by melodies that were a salve to the soul.

Christone has an answer for anyone who still thinks blues is for old people who are the only ones who have paid their dues to play the blues. “Those were the songs that got us through the hard times. When those guys sang those old songs, that was getting them through the hard times, and more on to a (better) time. (Young people) should be happy to learn about that.”

Rock and roll exploded in the 1950s as the vehicle of young people enchanted by the true blue of “real” blues. From Elvis to Eric Clapton and Little Richard to Kenny Wayne Shepherd, youthful artists borrowed the essence of blues to create the derivative sounds that still infuse the pop music charts. As that sound became more popular with youthful masses in the last 70 or so years, young artists created music that addressed their young constituency. For these young artists to plumb the depths of Willie Dixon’s “truth,” they necessarily copied and co-opted the sounds of their elders.

The trick of the tail in 2021 for young people in blues is to find a sweet spot in original music that combines the youthful exuberance of rock and roll with an element of honesty inherent in the blues and yet be based on the truth of youth. Too often, the results are pale comparisons of their mentors. Kingfish has found a way to inject his original music with the sense of thrill that his mentors historically infused into their sound.

The new album 662 is simply amazing. I can’t remember hearing a blues album by a guitarist that young that was any better in several areas: the dexterity and raw energy of his guitar playing, the autobiographical and timely lyrics of the songs, and the pleasing variety of styles nicely sequenced.

“The album was conceptualized, created and co-written during the Covid-19 pandemic when I returned home to the 662 (his telephone area code in Clarksdale, Mississippi) after a truly whirlwind year of change and growth,” explains the guitarist, vocalist and songwriter who was given the nickname Kingfish by Bill “Howl-N-Madd” Perry whom he met through the Delta Blues Museum Arts and Education Program in Clarksdale, Mississippi.

Kingfish is a native of Clarksdale, ground zero for delta blues. The offspring of parents steeped in the church and the blues, he began playing bass at age eight and guitar at 11. His dad introduced him to blues with a documentary on Muddy Waters. He first toured with Buddy Guy who he calls Mr. when he was 14.

“Every time I would do those dates with Clarksdale locals, they would always give me lessons. Mr. Guy same thing he does these days. That was one of the things that prepared me to venture out. The first time I met him in 2013 I opened a show for him in Virginia. In 2015, I sat in with him two more times, one time in Portland and Memphis. Tennessee. Once I got hooked up with him, I got a call from B. B. King’s drummer Tony T. C. Coleman shortly after the Memphis dates saying long story short, he hooked us up with Tom Hambridge and I got a chance to record the first album, and he (Hambridge) put me on the road with him and that’s how the relationship began.”

Most of the songs on his two albums were co-written by multiple Grammy winner Tom Hambridge, who has an uncanny ability to get into the heads of artists like Buddy Guy, James Cotton, Susan Tedeschi and George Thorogood to name a few of many, and help them create music that is autobiographical. He’s also Buddy Guy’s drummer.

“If I’m producing a George Thorogood record or a James Cotton record or whoever I’m working with, Greg Allman, I am in tune with them and what their sound is and their history, where they’re from, where they grew up, what they’ve already done, and what they haven’t done yet,” says Hambridge. “So, there’s a million things I’m thinking about sonically. How do I change it without losing the magic they have. I’m constantly in touch with that artist and their music, and I will write songs with them or search for songs that pertain to where they’re from and are in their situation. So, they’re not gonna sing about something that is completely foreign, you now, in a different language.”

When I wrote Buddy Guy’s biography Damn Right I’ve Got The Blues in 1993, I examined his influences, locale and experience to find the secret to his special sauce. Finally, almost three decades later, I’ve finally come to the conclusion that the essence of a great artist is fundamentally God given. In other words, they have the mojo from birth. Kingfish is one of those artists. He is not a rebel with a cause, but rather an intensely focused young musician.

The one song on 662 not co-written by Hambridge is “Rock & Roll,” an homage Kingfish co-wrote for his mother Precious who recently passed away. “She was pretty much my number one supporter,” he explains.

As an African American country singer, Charley Pride had a tough row to hoe. “Absolutely. He did. There were racist people that he just ignored and became what he was.”

His mom reflected on how her son’s musical interests started very early. “He had an interest in playing the drums at first. After he got there for a while, he started playing the bass really well, and I thought maybe the bass would be the instrument that he would really play. That wasn’t the case. So, around 11, we bought him a guitar, and we put him in the program. He’s still in the Delta Blues Museum Arts and Education Program, but we started learning cords and all that from Bill Howl – N – Mad Perry, and he took an interest in it.”

The two Kingfish albums each were produced by Hambridge in less than a week. And it’s not unusual for them to co-write several songs in one day. He explained the process. He does a lot of work in advance of sitting down with the artist. “I’m able to say, ‘I’ve done some work. If you’re interested in the road or life these things that are going on in the world. My feelings are this.’ I say, ‘Well, let’s get into it.’ A lot of times some songwriters are spending three hours, the whole day trying to come up with what to write about. So, if I can kinda do that process before they get into the room. It’s not like I’m looking out the window with pencil and notebook.”

Hambridge remembers the genesis of “Too Young to Remember.” Those words came to him in a flash. “That happens all the time, and I have to write it down, or I’ll lose it. I’m too young to remember, but I’m old enough to know. There’s a song in there, you know? I’m too young to remember, but my heroes are still here. We can teach you how to play guitar. You’re looking back 200 years.”

Kingfish’s debut album Kingfish was Alligator’s biggest selling album in years. Buddy Guy has called him “the next explosion of blues” andRolling Stone called him “one of the most exciting young guitarists in years, with a sound that encompasses B.B. King, Jimi Hendrix and Prince.” It was nominated for a Grammy and Kingfish has taken home multiple Blues Music Awards.

Bill Howl-N-Mad Perry gave Christone the nickname Kingfish. It was the moniker of the main character on the radio and tv show Amos and Andy dating back to the 1940s. Kingfish was always trying to put one over on his best friend. I told Christone that he’s the real deal and nothing like his namesake. “He was a character,” says Christone. I told him I didn’t think he was anything like that.

“I appreciate that,” he said.