Exclusive Album Premiere: Troubadour Steve Dawson Carries On ‘At The Bottom Of A Canyon In The Branches Of A Tree’ 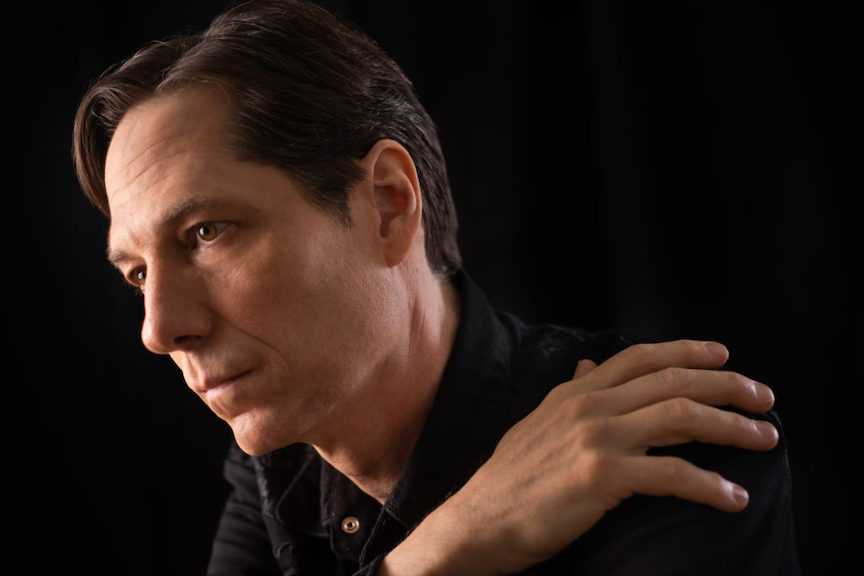 Chicago-based singer-songwriter Steve Dawson is set to release At The Bottom Of A Canyon In The Branches Of A Tree, a new solo effort that’s all him. Literally. Accentuated by the sonorous sounds of his vocals and instrumentals — guitar, drums, and keys all played by Dawson himself — is his lyrical depth. The album’s twelve songs musically observe the influences of his lifetime: ‘60s and ‘70s folk rock out of California, his birthplace; country music of Idaho, where he grew up; and the blues, gospel, and soul of Chicago, where he has spent most of his adulthood.

At The Bottom Of A Canyon In The Branches Of A Tree also details mighty tales of loss and rebirth. Following the 2017 deaths of his mother and father-in-law, Dawson gave up songwriting and performing. An out-of-character mode for the prolific singer and songwriter of Americana band Dolly Varden and jazz-folk Funeral Bonsai Wedding, he took that time to figure out if he cared enough about music to keep making it. 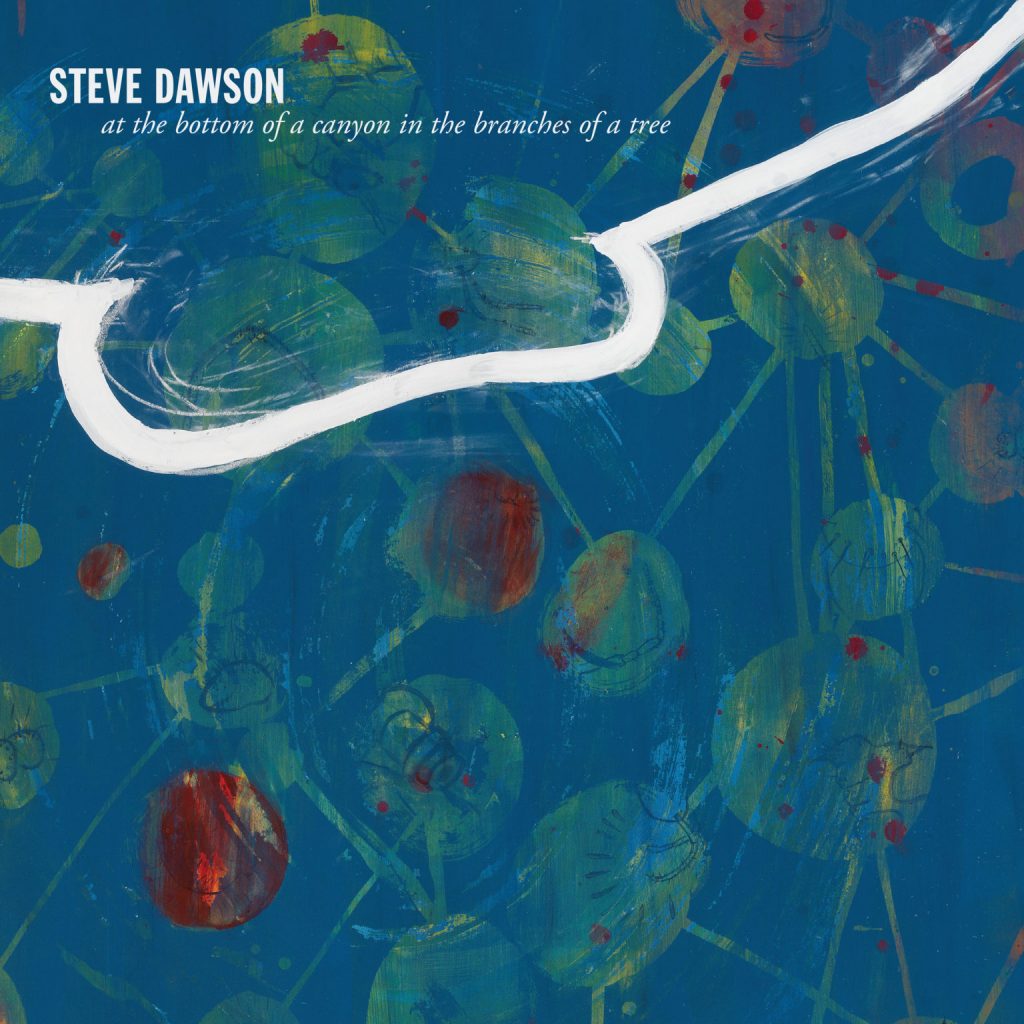 On a trip to the Catskill Mountains for guitarist Richard Thompson’s summer songwriting camp, he happened upon Patty Griffin as the special guest. With renewed alacrity, the experience reminded him why he started writing songs in the first place as a teenager. “And it was inspiring to hear both Richard Thompson and Patty Griffin talk about the work they put into writing. It was a good slap in the face to not be complacent and to write straight into the truth of things and to attempt to be fearless.”

A highlight from the camp was Patty Griffin’s songwriting assignment, which was to write a song inspired by “I Put A Spell On You” by Screamin’ Jay Hawkins. “The song I wrote was ‘I Will Never Stop Being Sorry,’ which uses the minor key 12/8 blues vamp from Screamin’ Jay’s song. I wrote it in one afternoon and played it for Patty Griffin and the class the next day. She really liked it. Others were just listening and watching Richard Thompson talk about music and writing and guitar playing, and being able to interact with Patty Griffin about songwriting.”

The lesson he extracted, which he applies to making music now, is “to write into the truth of things. The idea that songwriters, myself included, tend to write for themselves primarily, and that’s okay. To be fearless and to write the songs that push at the boundaries of what is scary or intimidating. That life is short and there’s no point in worrying so much!”

Over the next three years, Dawson wrote dozens of songs that he recorded in his home studio, Kernel Sound. He also recorded his most critically acclaimed album of his 30-year career, Funeral Bonsai Wedding’s Last Flight Out. Also in 2020, the City of Chicago gave Dawson an Esteemed Artist Award, accompanied by a $10,000 grant, to recognize his body of work and to support further efforts.

“I received the news of the award just as we were going into lockdown in March of 2020. It was very surreal to get that amazing recognition in such an uncertain time. I guess it gave me a lot more confidence in my work and certainly financially it helped me to finish this new album and get it out into the world. The City of Chicago has made a real renewed effort to support the arts and I think that is fantastic. I applaud the new major, Lori Lightfoot, and the Department of Cultural Affairs and Special Events for their support of the arts and artists.”

Dawson wrote these songs alone on an acoustic guitar. “I tend to start with a musical progression or a melody and try to follow it through without judging,” he elaborates. “Occasionally I’ll have a phrase pop into my head and that will be the basis for the song, but most often it starts with a riff or a melody phrase or just a chord progression. A lot of the songs on the new album are in alternate guitar tunings. That’s a way of making the guitar slightly foreign and new so that I can be a little more exploratory and less habitual in the choices.”

Each and every song on At The Bottom Of A Canyon In The Branches Of A Tree means a lot to him, making it hard to choose a favorite. “The song that really started the album in motion is ‘Forgiveness Is Nothing Like I Thought It Would Be.’ That set a certain tone and intent for the album that I tried to stay true to, so that’s definitely one of the favorites. I like the overall sound of ‘22 Rubber Bands’ quite a bit because it sounds joyous to me, and that was my aim. The song ‘She Knew’ is a personal favorite because I like the imagery in the lyrics and it’s a technique I’d never tried before: having the guitar double the vocal melody.”

Also of note is the gentle banjo ballad, “The Spaces In Between,” with its sense of poetic and melodic immediacy, and all too relatable lyrics: “Life’s too short and it takes too long / Years fly by and the days drag on.” Because the song came together quickly, he wasn’t sure if it was a complete song. “People told me they liked it, though, and that it felt complete, so I went with it.”

The last album Dawson released, Funeral Bonsai Wedding’s Last Flight Out, was recorded live in the studio. “All the playing and singing was tracked at the same time. So that one is a document of a moment in time. The new album is all me. I played all the instruments and sang all the parts (except for a few guests here and there) so it had to be built up piece by piece, which is a very different process. More like painting, I think. I’d play a guitar part to get the basic structure down, then add drums and then begin adding colors – guitars, keyboards, vocals, etc. It’s a much longer process, but one I love and one that fit the shelter-in-place situation well.

“With Dolly Varden the process has generally been that we play the song through several times to get the best take and then re-take the vocals, usually, and then add additional colors as needed. So a combo of live and tracking. I played everything on the album except for piano on ‘Hard Time Friend,’ and ‘I Will Never Stop Being Sorry.’ That’s my friend Alton Smith, who’s now in my live band as we’re about to play the songs in person. Diane Christiansen, my wife and the other singer in Dolly Varden, sings on ‘We Are Walking In A Forest,’ and Michael Miles plays banjo on ‘The Spaces In Between.’ I love his style of playing and reached out to him to add the part.”

ABS is proud to exclusively premiere the album At The Bottom Of A Canyon In The Branches Of A Tree.

At The Botton Of A Canyon In The Branches Of A Tree is being released on July 16 via indie label Pravda Records, available on 12” LP vinyl, CD, as a digital download and on streaming platforms. CD and digital formats include two bonus tracks.