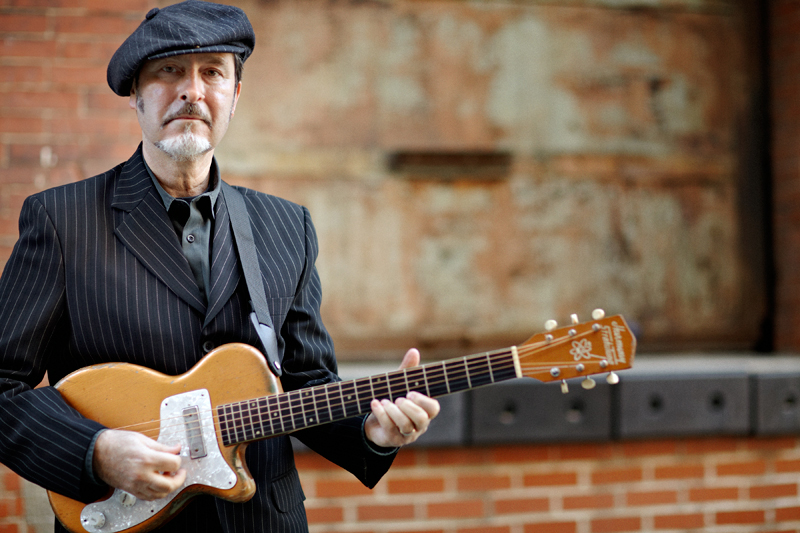 Peter Parcek’s latest album, Mississippi Suitcase, is a deeply polished blues album from an electric guitar master whose crystalized brilliant lead lines shine throughout — and whose playing suits his songs. The album starts with “The World Is Upside Down,” its continuous slide riff mixed with drums creating a hypnotic trance. The lyrical message speaks of wrong people having power who do not care who they hurt. The music generates a traveling movement, and this travel feel runs through the record. 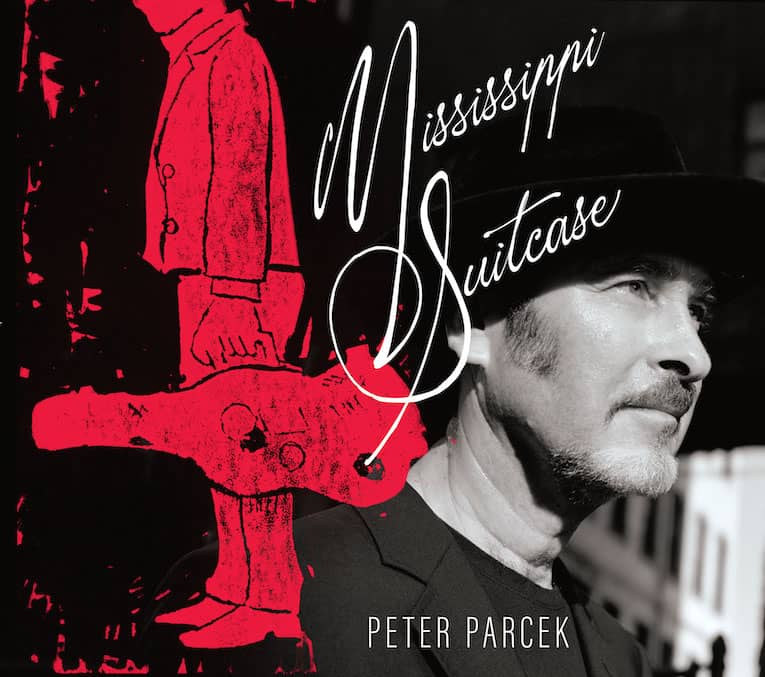 Parcek has a raw, electric Delta sound mixed with B.B. King’s energy, elegance and note care. “Everybody Oughta Make a Change” starts with a march drum beat and develops into bluesy vocals flowing like ocean waves. The song tells everyone to make a change before being buried underground. His unique, mellow and intense guitar solo suits the song perfectly, because he knows how to shade and use his musical paintbrush. With “Beyond Here Lies Nothin” he takes his time lyrically, musically, and melodically. Life is nothing without his love in this song, and he sets up a moonlit nighttime environment with his guitar playing and singing. There are some cool Clapton-like solos, and the track leaves the listener feeling bittersweet.

“The Supernatural” is an instrumental with a guitar sustain utterly amazing and uniquely his own, shimmering all over this track with a Santana feel to it. He shares his soul on this one. “Life Is a One Way Ticket” is a musical and lyrical juxtaposition, as he is talking about death and the music is major and upbeat; “I believe when you’re dead you’re done.” The push and pull of the two makes for an excellent contrast. “Mississippi Suitcase (Slight Return)” is the song of the album. He and his love are heading south: “I’ll pack my Mississippi Suitcase/You and I are through.” The song serves as a clever metaphor with flawless phonetic singing. There is a beautiful vulnerability to his voice on this track and you can hear his jaded fatigue about love coming to an end in his delivery.

“Eleanor Rigby” is reimagined on Mississippi Suitcase as an instrumental. Parcek plays the melody up and down the whole guitar, and his use of exploring the whole instrument is very cool — an intelligent guitar player with a high musical IQ. The man understands feel, taking the solo to another dimension and eventually landing back on the melody. “Until My Love Comes Down” is a true Delta riff, his blues front-porchin’ song. He sings, “Now you got fruit on your tree.” It is his slow, sexy blues song — the camera panning in very close on this one. There is a lot of space in this song for him to sing and get the story across. “She Likes to Boogie Real Low” is another instrumental tune à la John Lee Hooker meeting B.B. King. This is the tune that people will most likely really clap and tap along to, and features some nice Hendrix pull-offs and hammers.

In “Waiting For The Man,” the finely-crafted Velvet Underground song, Parcek sounds like he is talking to his blues mentor and honoring him. This is Peter at the top of his game. Again, his music is all about movement and traveling, so he creates environments within his music. You can tell that this song means a lot to him, and it comes across.

The album ends with “Head Full Of Ghosts,” an instrumental slow tempo tune layered with his signature sustained, patent sound. It is very eerie and haunting yet hopeful at the same time.

Mississippi Suitcase is an incredible album from an incredible musician. You can hear the Delta in the most clean and precise kind of way from a guitarist who is always in control when he plays. Parcek’s songwriting and slightly gritty vocals work together to bring the atmosphere the album indeed intends to. You can hear that the man learned to play with dignity and style, from greats like Skip James to play with dignity and style.

Editor’s note: You can vote for Peter Parcek’s Mississippi Suitcase in three categories at Making A Scene‘s Independent Blues Awards 2021 — now until August 31!