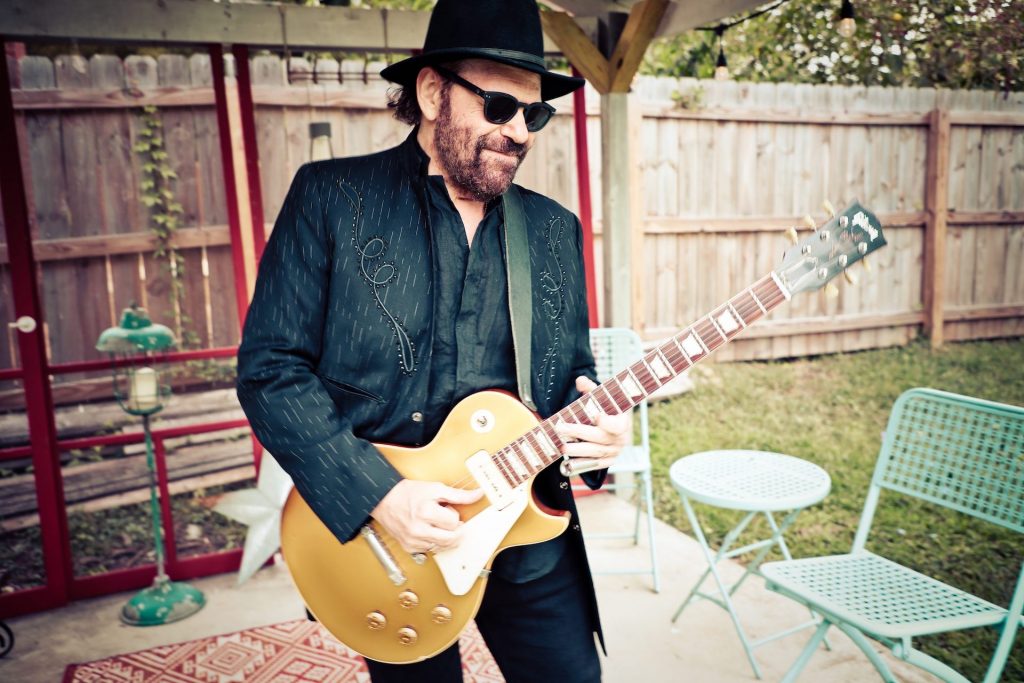 Colin Linden’s tale is the stuff of legend, the kind told in the Coen brothers’ O Brother Where Art Thou or Inside Llewyn Davis, both of which featured his guitar playing on the soundtracks. That film would begin with an 11-year-old meeting his musical idol Howlin’ Wolf at a matinee show in his native Toronto, accompanied by his mom, who took a picture of the two during a nearly two-hour long conversation before the gig, the legendary bluesman idling over coffee and cigarettes.

Linden still carries that frayed photograph in his wallet, along with a Sears 5/8” socket wrench in his pocket to play slide guitar. He has taken Wolf’s plea seriously, performing since he was 12 years old, leaving home as a teenager to travel the south at the invitation of Mississippi Sheiks delta blues guitarist Sam Chatmon which took him to Detroit, Chicago, Indianapolis, St. Louis, Memphis and Hollandale, Mississippi, meeting and visiting the sites of his heroes – Brownie McGhee, Muddy Waters, Sippie Wallace, Tampa Red, Blind John Davis, the Rev. Robert Wilkins, Sleepy John Estes and Son House, visiting the landmarks and juke joints, many of which he’s played in during the course of a 45-year career producing and playing blues and roots music. As a singer/guitarist, he’s accompanied everyone from Bruce Cockburn (as his producer and touring musician) to Bob Dylan, Greg Allman, Rihannon Giddens, Pistol Annies, John Prine and more.

He was the main contributor to the music for the Nashville TV show and subsequent live tours. Along the way, Linden played on over 500 albums and produced 140, including his first-ever actual Grammy in 2020 for producing Keb Mo’s Oklahoma, winner for Best Americana Album. He has also nabbed a staggering 25 Juno Award nominations and nine wins. 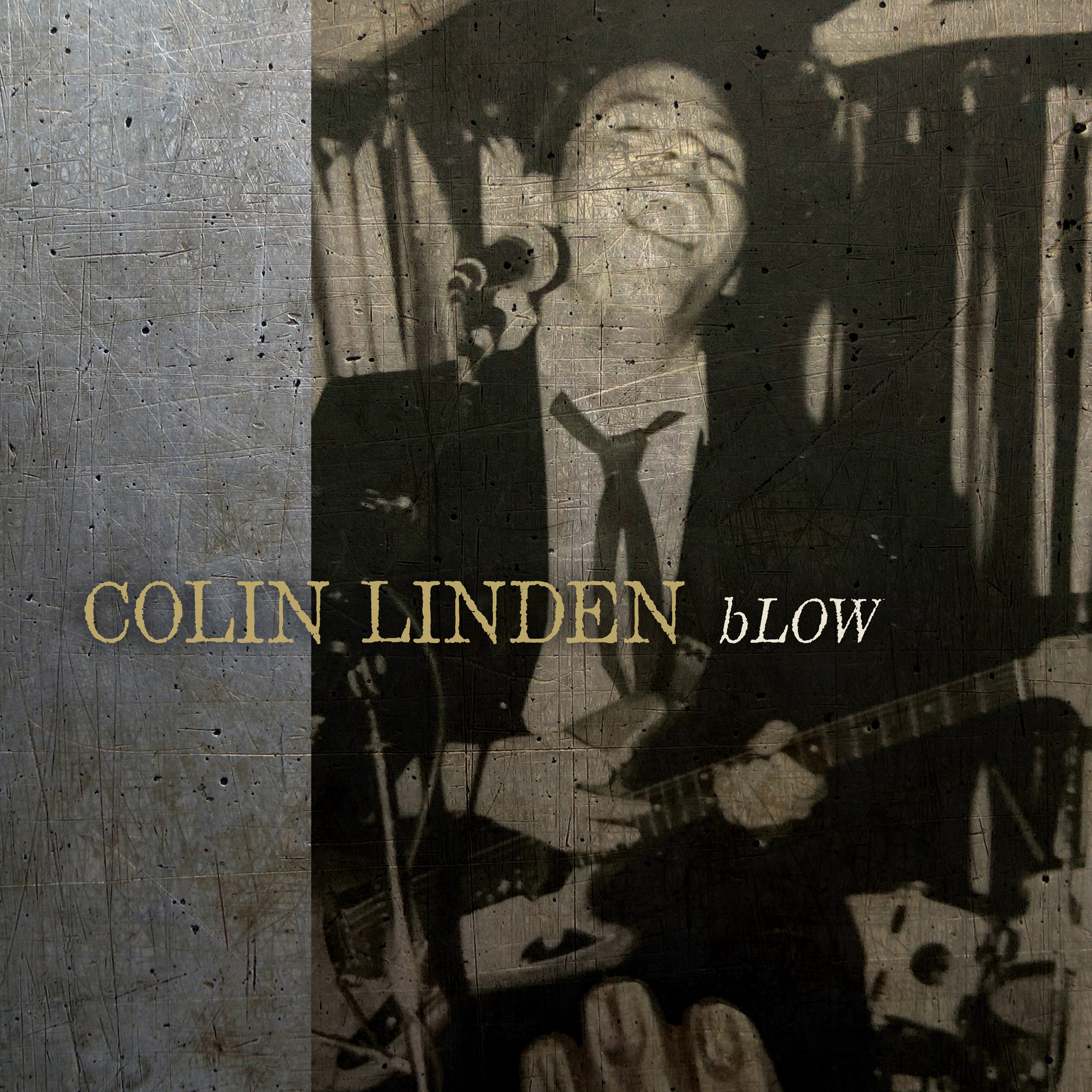 Linden came up with six of the tracks while creating instrumental production music for a TV show that was set on the Texas-Louisiana border in the late ‘80s and early ‘90s. Although these weren’t initially intended to be full songs, after they were recorded, Linden felt they were actual tracks that inspired the lyrics.

Indeed, bLOW offers a blues travelogue much like the odyssey he took in his youth, with Bo Diddley-inspired boogies such as the churning, slide guitar of leadoff track “4 Cars,” the glorious Sun Records homage of “Boogie Let Me Be,” inspired equally by early John Lee Hooker and Floyd Murphy, guitarist for Junior Parker with Colin playing his 1961 Harmony Stratotone with the original strings still intact, the Texas roadhouse blues of “Houston” and the apocalyptic, psychedelic roar of “Change Don’t Come Without Pain.” Other songs, like “When I Get To Galilee” recall a gospel vibe, while the closing “Honey on my Tongue,” reflects on life during and after the lockdown.

“Roots music and blues do speak to a lot of people right now,” acknowledges Linden. “Much of the healing and release you get from listening to this music, the power and form of expression, has shown itself to be so vital in these times. It feels timeless because it’s such a raw nerve.”

With a full schedule that includes fronting his other band, Blackie and the Rodeo Kings, Linden hasn’t missed a beat during Covid, recording tracks in his 1,000 square-foot, standalone home studio in his backyard, dubbed Pinhead Recorders. The new album features contributions from his lifelong Toronto collaborators, drummer Gary Craig and bassist John Dymond (the three refer to themselves as the Rotting Matadors), as well as Dave Jaques, a former member of John Prine’s band, on bass and Paul Griffiths on drums, who worked on the tracks originally for the movie. The album cover features a picture of Linden at age 22 onstage enraptured in the moment. (Linden says bLOW is the type of album he would have made if the era allowed).

The album’s title came from a drawing of an imaginary album cover done by his young nephew many years ago. Colin claimed, “I figured I’d wait until the right music came along to use the title… and this is it!” His variety of different musical styles is a tribute to his admiration for rock legends The Band. His association with the group began when Rick Danko and Garth Hudson guested on Linden’s 1987 A&M album, When the Spirit Comes. Linden continued to work with The Band through their later incarnation and also wrote “Remedy,” one of their biggest hits and one of Linden’s proudest moments as a songwriter.

Although following in the footsteps of his heroes was the beginning of Linden’s story, with bLOW he continues a journey that began even before he met Wolf. That magic moment and so many others continue to live on in the music.

Premiering exclusively today is the official lyric video for the title track, which comes from being stuck inside a flimsy motel after a casino gig somewhere in Oklahoma or Texas as a tornado was about to hit.  His wife, novelist Janice Powers, provides not only the opening verse quoted above, but the gurgling Hammond B3 organ left to him by his former bandmate, the late Richard Bell — played, in her own words, “like a deranged church lady.”

Of the perfectly gritty “Blow,” Linden shares with ABS:

This song is like a boxing match going on in a tiny arena in a casino town.  Trying to hang on through even 3 rounds.

Hope everything turns out alright. Hope everybody likes the record.