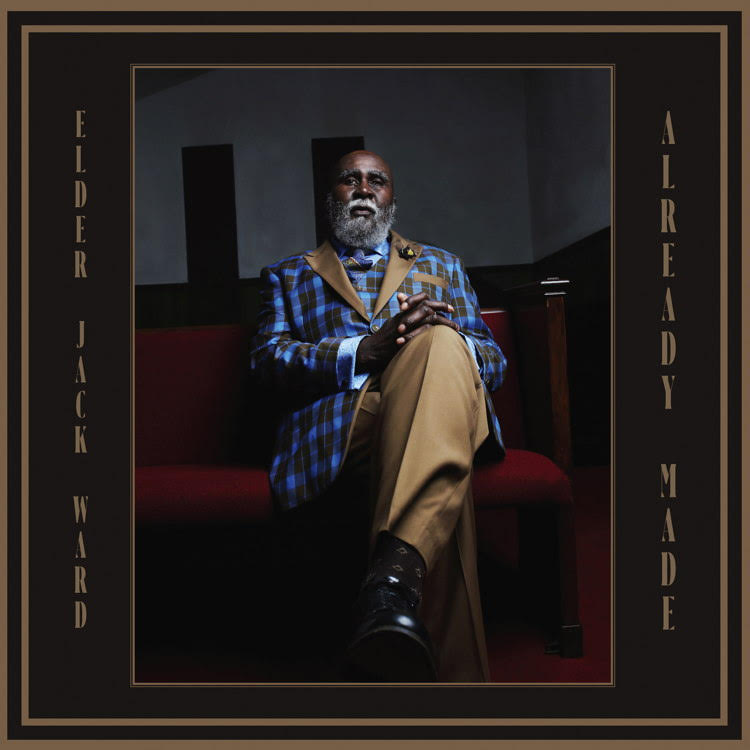 Bible & Tire Recording Co. — the label founded in 2019 by Bruce Watson, also of Fat Possum — has an epic streak of Memphis sacred soul archival and newly recorded releases that have earned a ton of love, from Elizabeth King to Dedicated Men of Zion. Also among them is Elder Jack Ward‘s new album, Already Made.

Watson feels that Already Made is one of the best albums he’s ever produced , and after re-defining the dismal blues scene of the ‘90s with the Delta juke joint sounds of R.L Burnside and Junior Kimbrough for Fat Possum Records, that’s saying quite a bit. Ward might have been right there with them were it not for that trip to Memphis back in the late fifties.

I have pretty good talent; I can just about sing anything anyone else sings. I never bragged on myself but this was a gift from God and the Bible says, ‘A gift comes without repentance.’ In other words, you don’t have to be a Christian to be able to sing. If you’ve got that God-given gift you can do it — your choice if you want to sing rock’n’ roll, blues, gospel — but I choose the right side.

Premiering exclusively today is the official music video for the title track from Already Made, out August 20th.

Until now, Memphis’s own Ward has been best known for his 1964 hit with the Christian Harmonizers, “Don’t Need No Doctor.” Ward grew up in Itta Bena, MS, in the Delta, home to B.B. King, picking and chopping cotton and driving a mile. Coming up, he listened to Elmore James, John Lee Hooker, Lightnin’ Hopkins, and Howlin’ Wolf. His mother forbad him from singing blues but he didn’t listen, heading to Memphis open to singing on any style of recording. That brings us to the 1964 hit.

Ward briefly replaced soul sensation O.V. Wright in the Sunset Travelers during one of Wright’s secular sabbaticals. The Harmonizers followed up “Doctor” with a series of singles on Peacock Records’ Song Bird imprint. In 1968, Ward formed the Gospel Four and joined the D-Vine Spirituals label founded by Memphis DJ/producer Juan D. Shipp, recording another series of singles. Bible and Tire’s Watson was transferring Shipp’s tape archive for an ambitious D-Vine Spirituals reissue project (to come in 2022) when he asked Shipp how many of the artists from his old label were still  around and active. Aside from King, Elder Jack Ward was one of the first he named.

Pre-order Already Made via Big Legal Mess and Bandcamp.