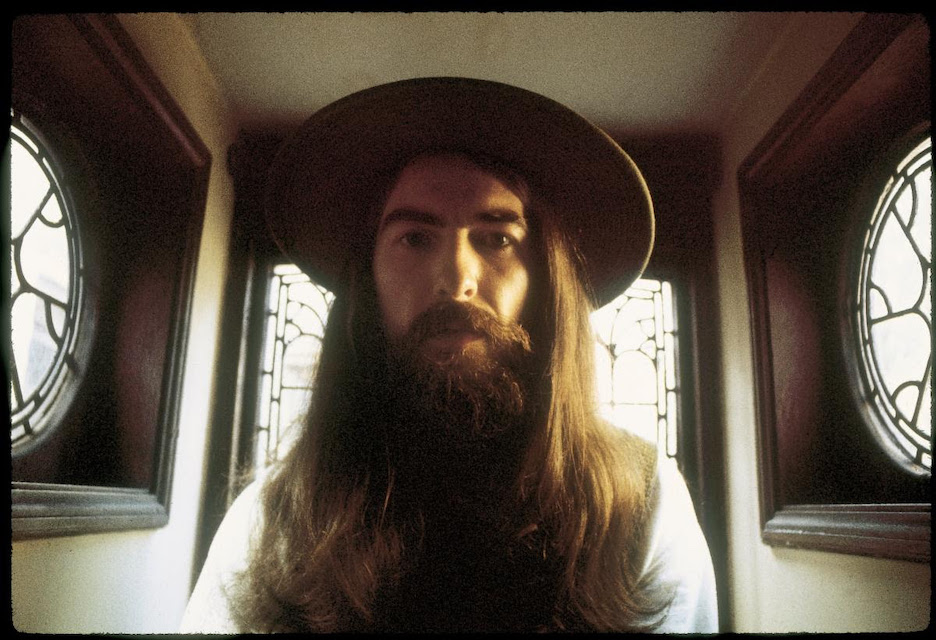 The sessions for George Harrison’s All Things Must Pass began just six weeks after the April 1970 announcement of The Beatles’ break-up. Two days were spent recording thirty demos that were being considered for his new, as yet untitled, album, in Studio Three at EMI Studios, Abbey Road in St. John’s Wood, London. The first day, May 26, saw Harrison record fifteen songs backed by Ringo Starr and his longtime friend, bassist Klaus Voormann, beginning with “All Things Must Pass.” The following day, May 27, George ran through an additional fifteen songs solo for co-producer Phil Spector on his own.

While a remarkable amount of the songs demoed made the triple LP, not everything made the cut and now for the first time ever, in celebration of the 50th anniversary of All Things Must Pass, all 30 demos are being made available, including 26 tracks never before officially released as well as several songs that didn’t make the album like “Cosmic Empire,” “Going Down To Golders Green,” “Dehra Dun,” “Sour Milk Sea,” “Om Hare Om,” Window Window,” “Beautiful Girl,” “Mother Divine,” and “Nowhere To Go.”

Five decades after it was recorded, “Cosmic Empire” debuts today and sees Harrison performing the song on acoustic guitar on the second day of recording. The song is accompanied by a compelling lyric video that brings to life the natural and cosmic worlds George sings about in the song through a series of colorful animated collages. The video, which was produced by the animation house, Yes, Please, is premiering on YouTube and the song is available to stream now everywhere.

“Cosmic Empire” is featured alongside all the demos as well as a host of outtakes on the new 50th anniversary Super Deluxe Edition of All Things Must Pass which will be released August 6 via Capitol/UMe. Decades in the making and lovingly crafted by the Harrison family, All Things Must Passhas now been completely remixed from the original tapes for a stunning suite of 50th-anniversary releases that fulfills Harrison’s longtime desire. Executive produced by Dhani Harrison and mixed by triple GRAMMY® Award-winning engineer Paul Hicks (The Beatles, The Rolling Stones, John Lennon), with the product produced by David Zonshine, the new mix transforms the album by sonically upgrading it – making it sound brighter, fuller and better than ever before.

All Things Must Pass 50th Anniversary Edition will be available in a variety of formats:

All Things Must Pass will be released in multiple physical and digital configurations, including as a 5LP or 3CD Deluxe Edition that pairs the main album with the session’s outtakes and jams. The main album will be available on its own as 2CD, 3LP or limited edition 3LP color vinyl. All versions are available for pre-order now.

Exclusive to GeorgeHarrison.com, uDiscover, and Sound of Vinyl, All Things Must Pass 50thAnniversary Edition will be available as a very limited Uber Deluxe Edition box set, which includes the album on 8LP (180g) and 5CD + 1 Blu-ray audio disc housed in an artisan designed wooden crate (approx. 12.4” X 12.4” X 17.5”). The collection explores the 1970 album sessions through 47 (42 previously unreleased) demos and outtakes, offering an inside look into the creative process. The Blu-ray allows fans to experience the main album in high-res stereo, enveloping 5.1 surround sound and Dolby Atmos mixes.

The crate contains two books, an elaborate and expanded 96-page scrapbook curated by Olivia Harrison, with unseen imagery and memorabilia from the era, handwritten lyrics, diary entries, studio notes, tape box images, a comprehensive track-by-track and more; while a second 44-page book, curated by Harrison archivists Don Fleming and Richard Radford, chronicles the making of All Things Must Pass through extensive archival interviews with notes is also contained herein. The elegantly designed book pays homage to Harrison’s love of gardening and nature. The book also contains a wooden bookmark made from a felled Oak tree (Quercus Robur) in George’s Friar Park. This truly unique box will also contain 1/6 scale replica figurines of Harrison and the gnomes featured on the iconic album cover, a limited edition illustration by musician and artist Klaus Voormann, as well as a copy of Paramahansa Yogananda’s “Light from the Great Ones” and Rudraksha beads, contained in individual custom-made boxes.