Howard Grimes Gives a Lesson in Memphis Soul History With Autobiography ‘Timekeeper: My Life in Rhythm’ 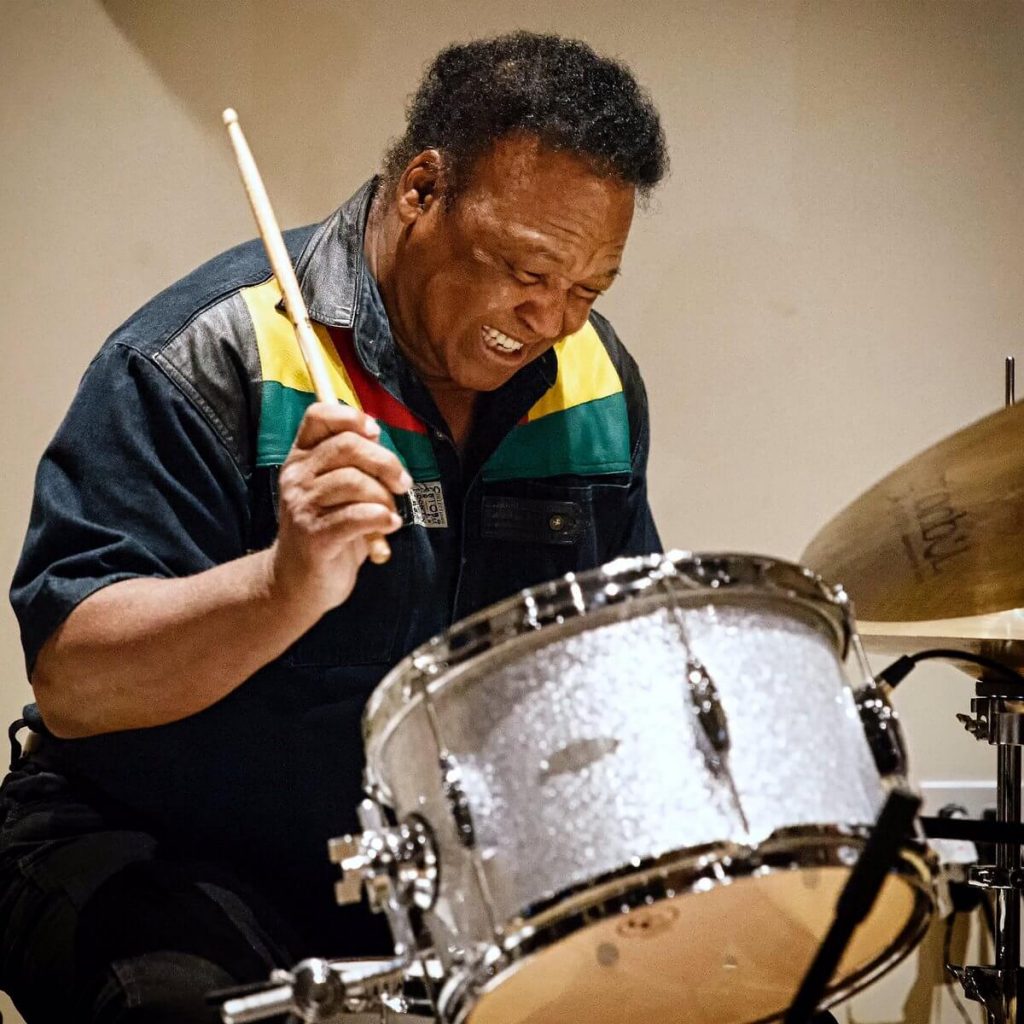 “The thing I’m proudest of is being on drums when the two great Memphis soul studios, Stax and Hi, came to life.” So opens the autobiography of Mr. Howard Grimes. Why shouldn’t he proud? Grimes laid down the beat for some of the most legendary soul and blues music ever to come from the city known for just that – Memphis, Tennessee. But Grime is more than that. As described by co-author Preston Lauterbach in his foreword to Timekeeper: My Life in Rhythm, Howard is great historian and gifted storyteller. 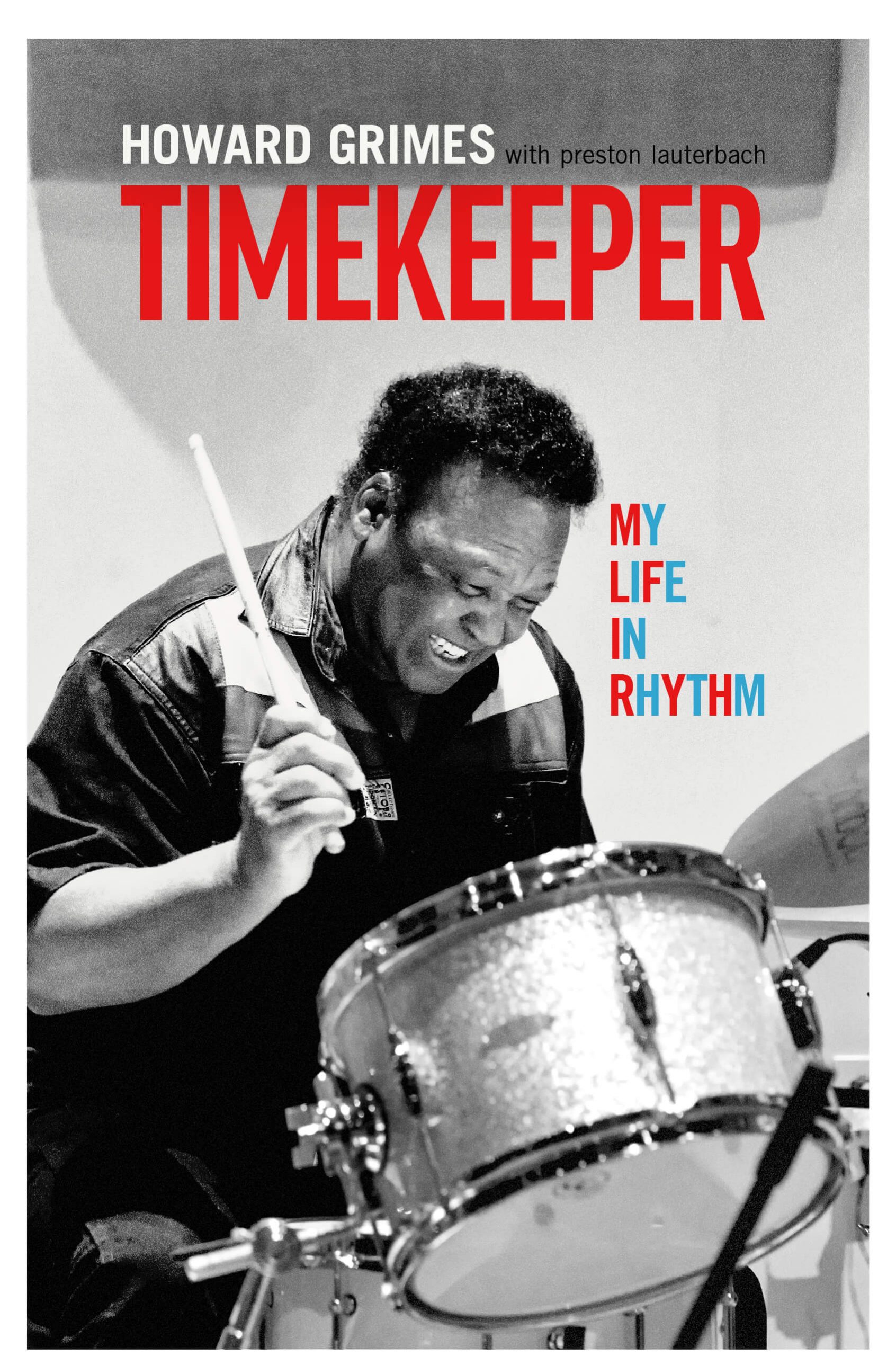 My beat is the backbone of the Memphis sound. The rhythm of this city runs through my heart. This book isn’t just my story. I’m connected to the music in this city. The old masters I played with, that I came up under, they told me to listen to them, to tell what’s happened and remember. They told me to tell the truth for them after they’ve gone. They’ve almost all gone.

Lauterbach is the much lauded author of landmark books The Chitlin’ Circuit, Beale Street Dynasty, Brother Robert: Growing Up with Robert Johnson (as co-author), and Bluff City: The Secret Life of Photographer Ernest Withers. In Timekeeper: My Life in Rhythm, he helps guide the fascinating story of Howard Grimes, the literal heartbeat of Memphis soul.

Born at home in Memphis in 1941, Grimes’ mother was only 16, and he he never knew his father. The neighborhood where he grew up, New Chicago in North Memphis had dirt roads, but folks gathered in the parks on weekends, unafraid. His masonic grandfather, and a man named Leroy Grimes who gave Howard his name had a lot to do with his early upbringing, as did his Aunties who watched over him since birth.

Howard went to high school with Isaac Hayes, who introduced Howard to Jim Stewart, founder of Satellite Records, which would later become Stax. The first track he recorded there was the hit song “Cause I Love You” by Rufus and Carla Thomas with Booker T. Jones on baritone sax. That was the beginning of a career that lasts to this day, and put Howard Grimes in the mix with the biggest names in blues and soul.

The book is written the way Grimes talks, rhythmically, like the true storyteller he is, in the vernacular of Memphis itself. At times, it’s gruff, and at times smooth, but there is no missing the point.

The laundry list of soul/blues luminaries for whom Grimes laid down the beat reads like a who’s who of Memphis celebrities. Rufus Thomas, Carla Thomas, William Bell, Marvin Gaye, Bo Diddley, Willie Mitchell, Ann Peebles, Al Green, Syl Johnson, Denise LaSalle, Otis Clay, Slim Harpo, Robert Cray, and Grimes’ personal favorite, O.V. Wright, are just a handful of folks for whom Howard laid down beats that were so tight, and so in-the-pocket, that Willie Mitchell game him the nickname “Bulldog,” because he would just clamp down on it.

These artists had some things to say about Grimes as well:

Goddamn, Howard Grimes the playin’est motherfucker I ever heard in my life. He put that shit down, boy. – Dave Prater of Sam & Dave

It’s a monster! It’s a motherfuckin’ hit! All because of what you played – Willie Mitchell

You do some amazing things on those drums. – Tom Dowd, Atlantic Records Produer

But it wasn’t just about the studio time. Grimes tells tales of his neighborhood, and Memphis in general, The clubs, the pimps, the shootings, touring issues in the Jim Crow south are named and fleshed out for the reader in vivid detail. Grimes tells the story of being the first black artist ever to perform at the coliseum in Montgomery, Alabama while on tour with Paul Revere and the Raiders; much to the chagrin of then Governor George Wallace. Marital problems including being stabbed by his wife. There were the corrupt label practices that left Howard broke and living with his mother even while playing on million-selling records. Then there was the night when he was hit on by Faye Dunaway after playing a gig at the Troubador. Then there was the near-fatal accident that left Grimes OK, but rumors of his, and the band’s deaths beat them to Memphis. And when recording with Al Green they received the news that Dr. Martin Luther King, Jr. had been assassinated just blocks away.

From nearly dying in childbirth, to playing his first professional gig at age 12, to becoming a father at 15, to being one of the most sought-after studio drummers in history, to his status as living legend, Timekeeper: My Life in Rhythm is Howard Grimes’ unvarnished life story. Grimes details his personal journey openly, all the while sustained by his personal relationship to his higher power and the Bible. But, it’s also so much more. It’s the history of Memphis soul, and of the city itself. It’s an historical take on a time when they didn’t even know they were making history. It’s a man who lived through the best and worst one can imagine, and still came out a legend. In seventeen chapters with seventeen intimate photos, Howard Grimes and Preston Lauterbach penned a book that will resonate with historians, musicologists, and soul lovers of all types. Timekeeper: My Life in Rhythm deserves a spot in your collection.

Timekeeper: My Life in Rhythm by Howard Grimes and Preston Lauterbach is out now via Devault Graves Books.