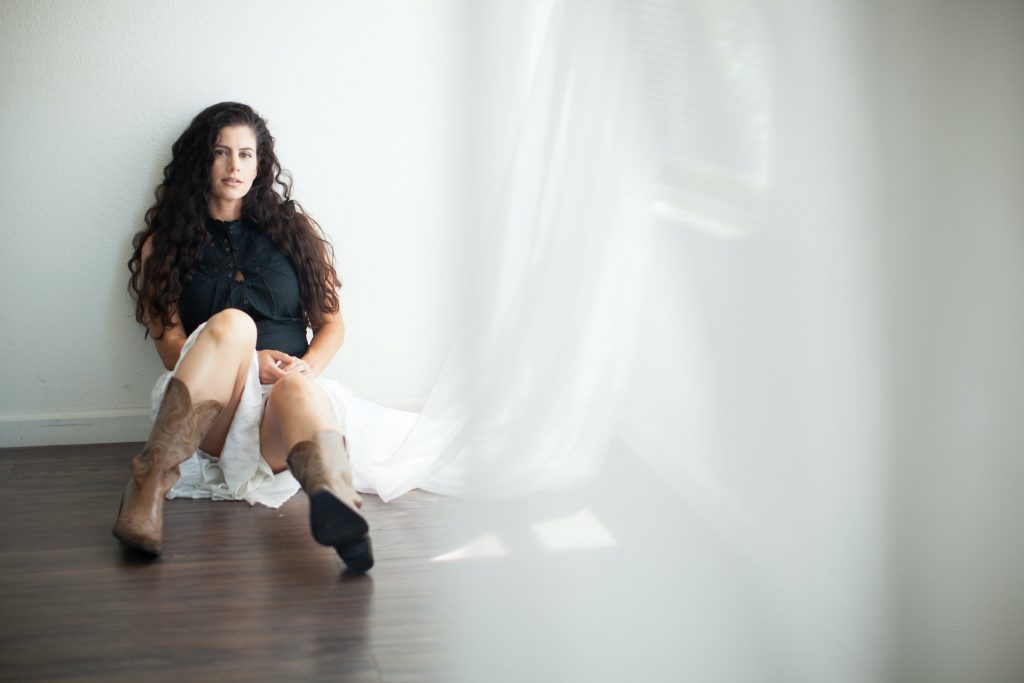 Premiering exclusively today is Katie Knipp‘s “Sad Eyed Lover” from the album The Well (out now). With its addictive chorus and snarky lyrics, it’s an instantly memorable swamp-blues romp — and her new video for the song ramps the fun quotient up tenfold. Making the most out of a humble garage, and keeping everything black and white, Knipp and her band not only tell a story, they’re obviously having a great time doing it.

“I’ve never done a video in black and white before,” she explains, “and everything just looks cooler that way.” Switching between playing her resonator with pure passion and ruling the roost (and her band) from a throne-like giant armchair, her vision becomes clear.

“I wanted to play the part of the ‘hot secretary.’ The glasses, the side-eye looks, the checklist for the chorus.”  The chorus warrants it’s own story, as she relates, “It’s inspired by a line in Deadpool 2, when Blind Al tells Wade (Deadpool), ‘Can you speak up? It’s a little hard to hear you with that pity-dick in your mouth.’ As soon as I heard that, the chorus for the song popped into my head, and I thought, ‘I’ve gotta find a way to rewrite that so it can be played on the radio.’ We had to do lots of retakes with that because we all just kept cracking up.”