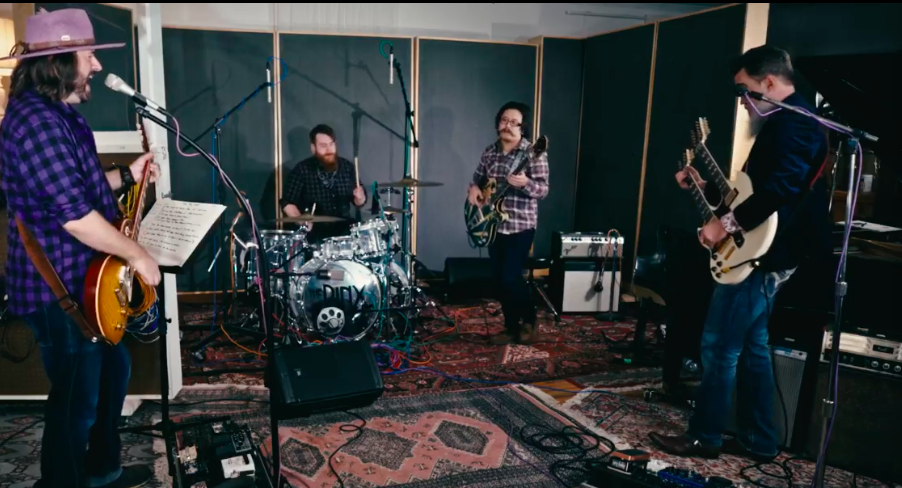 Adam McIntyre and The Pinx fired off some classics, both original and covers. Filmed at Standard Electric Studio Recorders Studio in Atlanta, GA, their incendiary set was captured live on last night’s ABS livestream.

We chose Standard Electric because I’d been wanting to work with Damon Moon for a long time; I like his work. I also like his new studio space; it has the vibe. It’s an old church, and I like it when studios are made out of old churches. All we had to do was show up, listen, maintain eye contact, and let some magical moments bloom.

We didn’t try to act like we were in front of an audience because if we had, something would have been missing – the missing energy that happens at live shows.  So instead, we just did what we always do when we’re in a room together: be a band. It’s not perfect, but rock and roll is not about finding perfection.

It’s about immediacy, ragged edges – fun. It was early January, before the final stretch before Covid vaccines would start to be distributed and mandates to be lifted, so we saw it as a chance to get together and just play. And it was also the same day the insurrection in DC was happening, so it was a very weird time, for sure. But we were glad to be in our own world, happy to be creating in a creative place with the band.

Filmed and edited by Andrew Barkau