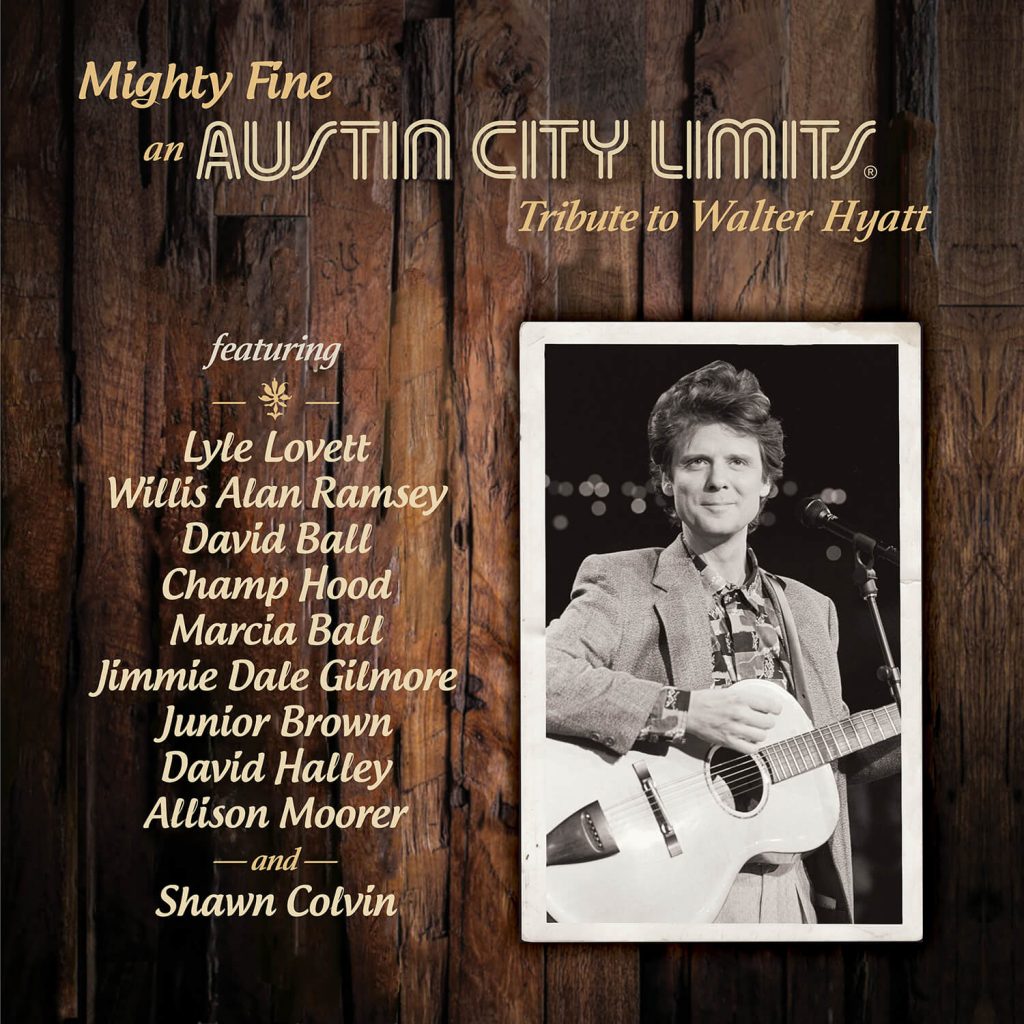 Uncle Walt’s Band (David Ball, Champ Hood, and Walter Hyatt) were one of the most popular acts in late ’70s/early ’80s Austin, Texas, where the South Carolina band relocated after a long stint in Nashville. Their on-point songwriting, playing, and singing garnered them local fans, but also Texas luminaries like Willis Alan Ramsey (in a very rare appearance), Jimmie Dale Gilmore, and (then Texas A&M student) Lyle Lovett. After a few self-released albums and cassettes (all available again via Omnivore Recordings), the band went their separate ways, with Hyatt returning to Nashville with his wife, Heidi.

Now, nearly 25 years later, the 11 songs from that original broadcast are available on CD and Digital for the first time as Mighty Fine: An Austin City Limits Tribute to Walter Hyatt. Due from Omnivore on October 1, 2021, the set adds six tracks recorded for, but not shown on Austin City Limits. To make this collection even more special, four previously unissued Hyatt recordings make their debut. The packaging features photos and a new essay from North Carolina author and musician Thomas Goldsmith. It truly is Mighty Fine.

Marcia first met Walter in the clubs around Austin in the early 70’s when she was leading the hippie country band. ‘Freda and The Firedogs.’ Uncle Walt’s Band introduced her to the music of Professor Longhair, and soon after she changed her direction from country to New Orleans blues and swing. Marcia often sat in with Uncle Walt’s Band and The Contenders, Walter’s electric band that followed Uncle Walt’s Band.

You think his songs are simple when you listen to them, you start humming the melody and working out the chords and you realize they are crafted. Looking at Walter’s lyrics in a book, on a sheet they read so wonderfully, many times they didn’t need music, they were poetry. Very few people write songs like that, that appeal to you on several levels.

4. Are We There Yet Momma – Marcia Ball

9. Babes In The Woods – Lyle Lovett with Shawn Colvin

13. Teach Me About Love – Lyle Lovett

19. In A Christmas Dream

21. Shouldn’t Have Told Me That