What is ZZ Top’s ‘La Grange’ About? And the Story Behind 9 Other ZZ Top Classics 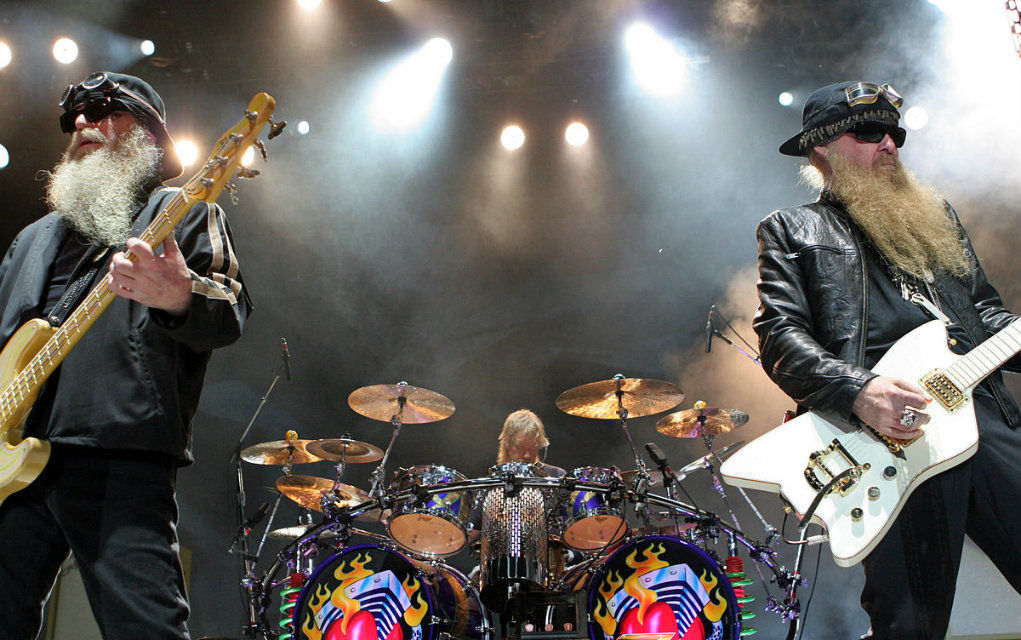 That little ol’ band from Texas, ZZ Top, are well known for their humorous lyrics. Their early hit song, “La Grange,” drew worldwide attention to the town of La Grange, Texas. Or more to the point, one of La Grange’s attractions.

So what was “La Grange” really about?

ZZ Top’s main lyricist is guitar-wielding vocalist Billy Gibbons. Combining a mix of humor, storytelling, and Texanisms, he paints a vivid portrait of places, people, and events that would otherwise fly under the radar of the populace.

“La Grange,” for example, is a little ditty about a “shack outside La Grange.” Mostly known as the Chicken Ranch, it was a Texas brothel open from 1905 to 1973. A simple farmhouse with no signs advertising its purpose, the Chicken Ranch ran with the knowledge, if not the blessing, of local politicians and law enforcement.

It not only inspired the 1973 ZZ Top hit, but also the Broadway and film adaptations of The Best Little Whorehouse in Texas.

“Jesus Just Left Chicago” can be attributed to a teenage friend of Gibbons. Known as R&B Jr., and famous among friends for his colloquialisms, he blurted out the phrase during a phone conversation. Gibbons never forgot it, and turned it into a Robert Johnson influenced 12-bar blues number. From the 1973 album Tres Hombres, “Jesus Just Left Chicago,” segues seamlessly from the albums opening track, “Waitin’ For the Bus.”

In 1975, ZZ Top released the album Fandago! Side-A had various live tracks, while the B-side had new studio material. One of the flip-side songs was “Tush.” Pronounced so that it rhymes with rush, the lyric was often misheard as touch. The genius of the lyrics is the double entrendre. Tush is slang for both the buttocks, and luxurious or lavish. “I ain’t askin’ for much…I’m just looking for some tush.” Isn’t that what we all want?

More double entendre-laced hits came via 1981’s El Loco album. “Pearl Necklace” rose to #28 on the Billboard rock charts. Its racy ambiguity could be a sex act, or expensive jewelry. Not until the final verse do we figure out which it is; “it really don’t cost that much.”

The other song that got the attention of pubescent boys everywhere was “Tube Snake Boogie,” which hit #4 on Billboard. With lyrics like, “I got a girl, she lives on the hill. She won’t do it but her sister will,” we all thought we had it figured out. Turns out that Tube Snake is surfer slang for their surfboard.

Not all of their creative, lyrical hits are originals. On La Futura (2012), ZZ Top drew a lot of attention with “I Gotsta Get Paid.” This one is actually a cover of the hip-hop song, “25 Lighters” by DJ DMD, Lil’ Keke and Fat Pat. However, Gibbons and engineer Gary Moon (who also engineered the original rap song) worked in some Lightnin’ Hopkins licks, giving it a much more bluesy sound.

Gibbons explained, “If blues is the highest of highs, lowest of lows and all points in between, what comes out runs right through hip-hop.”

Another of Gibbons’ friends, Walter Baldwin, unknowingly titled “My Head’s In Mississippi” while the two were in a Memphis tavern. In his poetic way, looking out over the Mississippi River, he said, “We didn’t grow up pickin’ cotton. We weren’t field hands in Mississippi. But my head’s there.” The rest is musical history.

Peaking at #91 on the Billboard Hot 100, “Arrested For Driving While Blind” was the second track on the 1976 album, Tejas. With limited opportunities for rural fun in 60s, teens often got liquored up and would drive at night with the lights off. This song addresses both the pleasures and pitfalls of such activity. Bassist Dusty Hill insisted that the song isn’t meant to promote drunk driving. “We’re just doing a tune,” he says.

The most successful release by ZZ Top was the Eliminator album in 1983. Videos for the songs “Gimme All Your Lovin’,” “Sharp Dressed Man,” and “Legs” were in regular rotation on MTV. Gibbons’ lyrical tomfoolery was evident on at least one track however.

“TV Dinners” humorously took a look back at those frozen, oven-ready meals we all remembered. “I like the enchiladas and the teriyaki, too. I even like the chicken if the sauce is not too blue.”

Arguably the most bluesy album from ZZ Top was Rio Grande Mud. Lots of Delta-flavored music permeated the record, but there was some UK influence as well. The guitar riffs from “Just Got Paid” are a “tangled up” version of Fleetwood Mac’s “Oh Well.”

Broke and sitting on the steps of his Los Angeles apartment building in the rain, Gibbons reworked Peter Green’s opening licks into a poor man’s anthem.