‘Another Side’ Of The Meters’ Lead Guitarist Leo Nocentelli 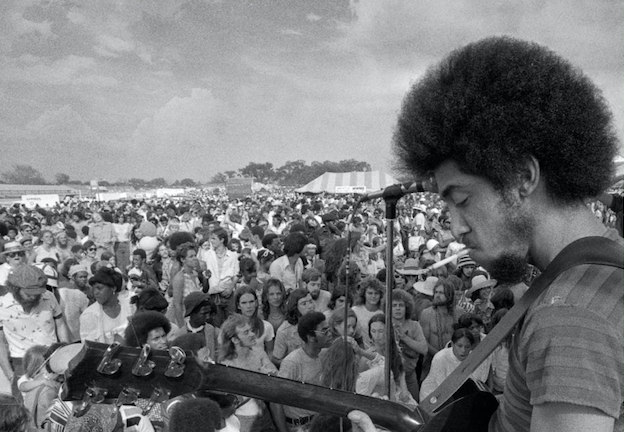 Before his GRAMMY® and entering the hallowed halls of the Rock and Roll Hall Of Fame, guitar great Leo Nocentelli was a session musician, backing up the likes of Otis Redding, the Supremes, and Lee Dorsey and the Temptations. By the mid-60s, he co-founded The Meters, who over the next decade would perform on records for Dr. John, LaBelle, Paul McCartney, etc. By the ‘70s, The Meters were on the Billboard charts, and a generation later sampled by major hip-hop artists including A Tribe Called Quest, N.W.A., 2Pac, and Public Enemy.

The celebrated archival reissue label Light in the Attic has announced the release of Another Side, a previously unreleased Leo Nocentelli studio album. Due out November 19th in vinyl, CD, cassette, and digital formats, this unearthed gem highlights the funky guitarist’s stripped-down approach. Backing Nocentelli is an all-star line-up of New Orleans royalty, including Allen Toussaint (piano), James Black (drums), and both George Porter Jr.(bass) and Zigaboo Modeliste (drums) of The Meters.

Recorded at Cosimo Matassa’s Jazz City Studio in New Orleans between 1970 and 1972, Another side features nine original tracks — with the addition of his soulful take on Elton John’s “Your Song,” which had just hit the airwaves at the time. Remarkable that these recordings were unused for decades and even survived Hurricane Katrina. They were later discovered 2,000 miles away by record collector Mike Nishita at a Southern California swap meet in 2018.

Listen to the first single, the folky and enchantingly executed “Thinking Of The Day.”