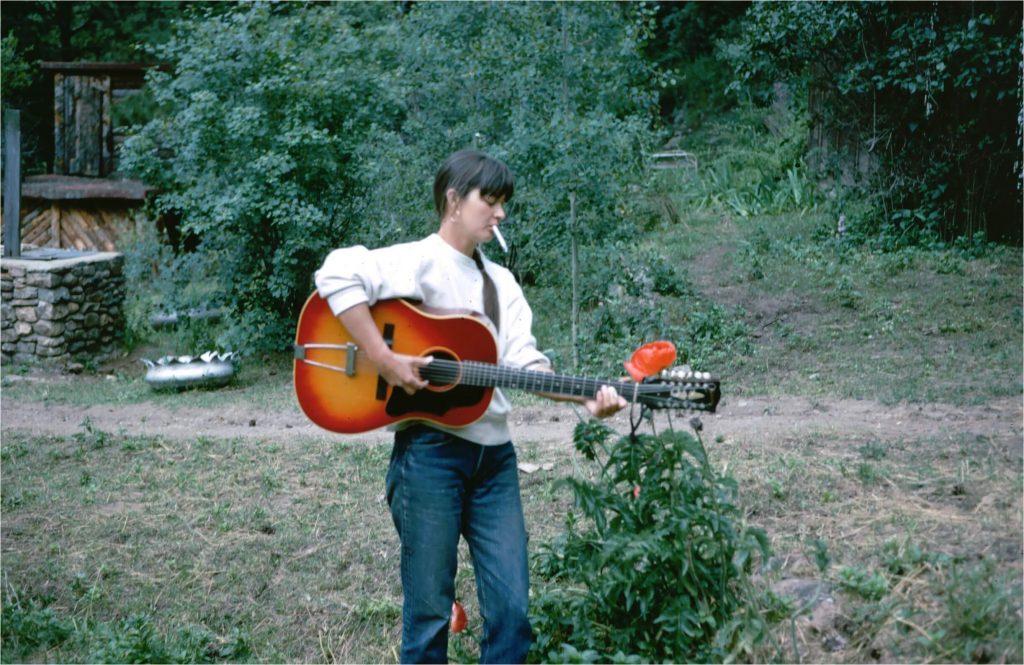 Greenwich Entertainment announces the release of Karen Dalton: In My Own Time, a brand new documentary that not only honors the long-overlooked legacy and musical impact of the late folk legend, but saves her largely misunderstood story from near devastation. Directed by Robert Yapkowitz and Richard Peete, and executive produced by the multi Academy Award-nominated Wim Wenders, Light in the Attic Records and Delmore Recording Society, the film will open in theaters across the country beginning October 1, 2021, with a premiere at New York City’s Film Forum. 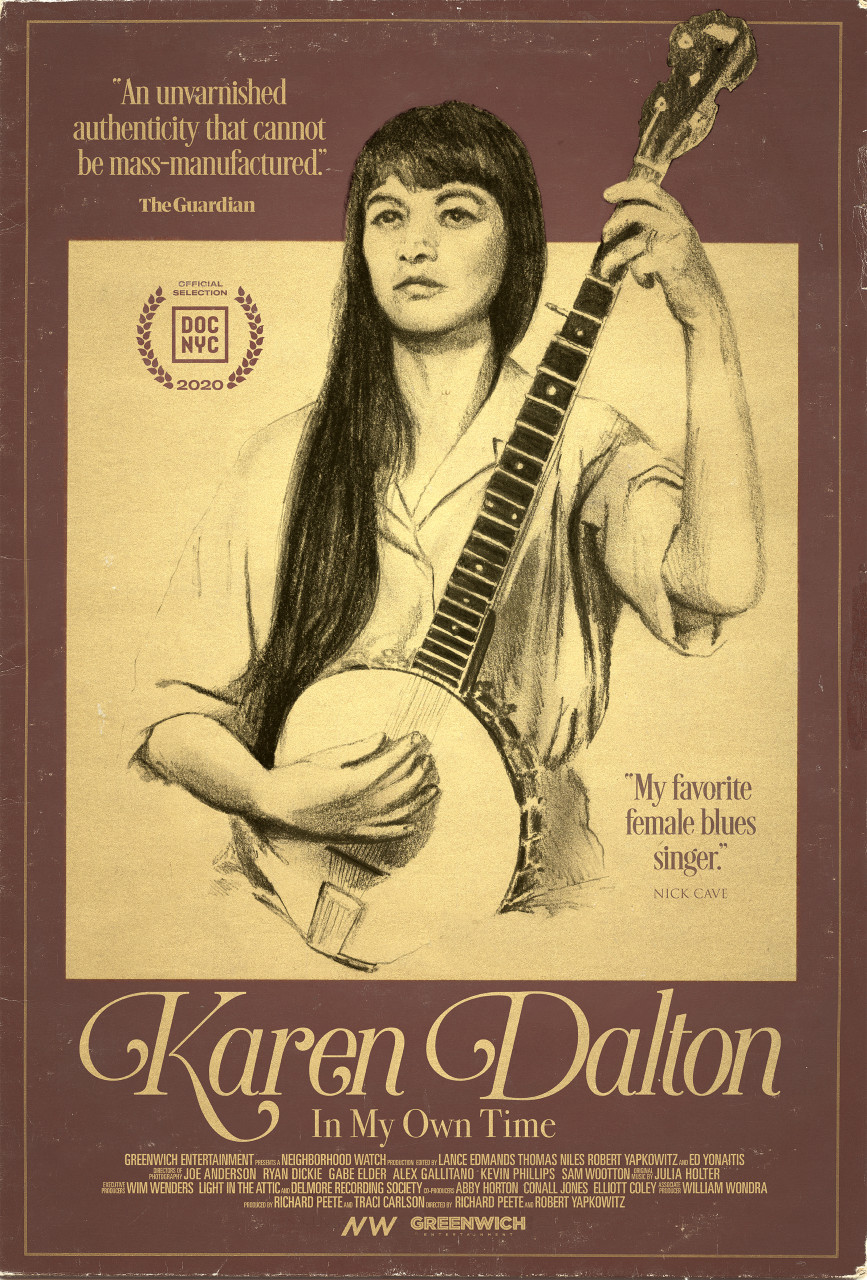 Following a tragic fire in 2018, which destroyed all the remains of Karen Dalton’s personal archive, Yapkowitz and Peete worked closely with her family and estate to capture the vanishing fragments of her life. From troves of newly unearthed material and raw footage, to candid conversations with Dalton’s daughter Abralyn Baird and commentary by loved ones, ex-lovers, collaborators and close friends, Karen Dalton: In My Own Time serves as an essential portrait of her singular voice and indelible influence.

Karen Dalton: In My Own Time also features Dalton’s handwritten poetry and journals read by Angel Olsen, music composed by Julia Holter, plus interviews with fans like Nick Cave and Vanessa Carlton, Woodstock creator and Dalton’s one-time label head Michael Lang, country singer-songwriter Lacy J. Dalton, Peter Walker, Peter Stampfel and more. The film was produced by Traci Carlson and Richard Peete at Neighborhood Watch (Blue Ruin, Low Tide, Super Dark Times), and The Hollywood Reporter says, “As [Karen Dalton: In My Own Time] introduces a one-of-a-kind artist to the uninitiated and celebrates her for aficionados, above all it listens – and invites us to do the same.”

Following its theatrical release, Karen Dalton: In My Own Time will be available on-demand via digital platforms and DVD starting November 16th.

While Dalton’s music has been rediscovered, reissued, and celebrated by the likes of Courtney Barnett, Lucinda Williams, Patty Griffin, Sharon Van Etten, Vagabon and increasingly newer generations in recent years, to many she remains “the most tragically beautiful folk singer you’ve probably never heard of” (VICE). When she arrived in New York City’s Greenwich Village in the 1960s – an early twenty-something from Oklahoma with two children, two marriages and a whole life behind her – she stunned contemporaries such as Bob Dylan, who once said, “My favorite singer in the place was Karen Dalton…Karen had a voice like Billie Holiday and played the guitar like Jimmy Reed, and went all the way with it.” On her only two albums, 1969’s It’s So Hard to Tell Who’s Going to Love You the Best and 1971’s In My Own Time, her plaintive, affecting and nuanced performances showed how she could inhabit songs and convey meanings that were never apparent to anyone else. But between an apprehension for the music industry and a personal dichotomy of darkness and self-confidence, Karen discarded the traditional trappings of success and led an unconventional, reclusive lifestyle until her untimely death from AIDS in the early 1990s.

In celebration of the 50th anniversary of Dalton’s 1971 album, In My Own Time, the film’s co-executive producers, Light in the Attic Records, will be presenting a beautifully packaged expanded edition of her masterpiece, featuring unreleased songs, newly remastered audio, and rare photos, along with liner notes and testimonials from Lenny Kaye, Devendra Banhart, and Nick Cave. More info will be available soon at lightintheattic.net.