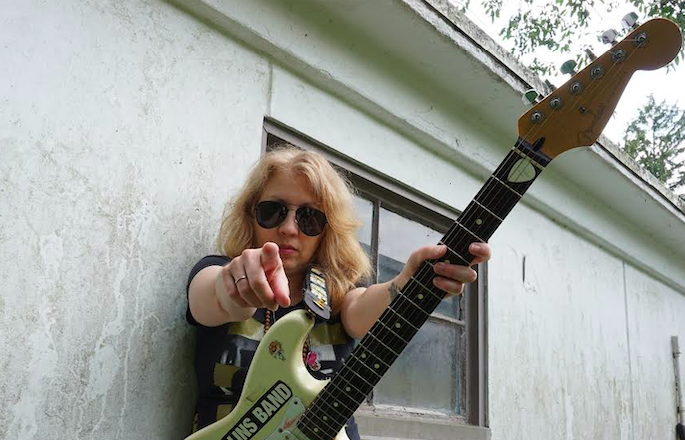 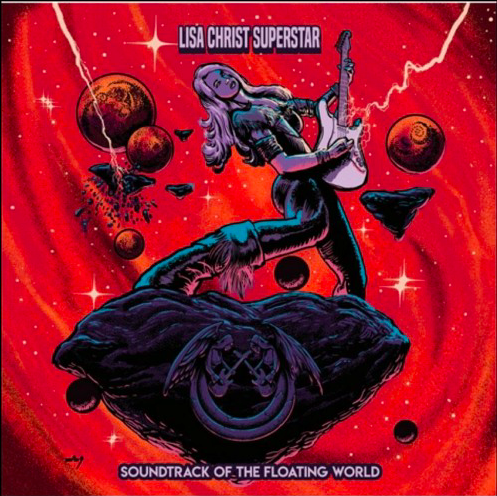 The title for Soundtrack of the Floating World was inspired by a form of Japanese tattooing. Drummer Eric is a tattoo artist and owner of a tattoo shop in Philadelphia. The band wanted to capture its feeling and decided that instead of the more passive sound of traditional Japanese instruments, they would reimagine the floating world with a rock and roll soundtrack.

“I was in a band a few years back and we were playing this packed house, says the frontwoman. “I was just finishing a ripping lead, when I heard someone yell from the crowd ‘Lisa Christ Superstar!’ and Lisa Christ Superstar the band was born that night. When my husband Eric and I got together, we started the band Workhorse III, and it ruled.  We played a ton of shows and put out three records that I am very proud of. But last year right before Covid I was diagnosed with breast cancer, and I was like screw it. I wanted a fresh start and Lisa Christ Superstar is all me.”

Lisa Christ Superstar’s songs are multi-genre (rock, hard rock, psychedelia, americana, prog, etc.)  and draw from influences including The Beatles, Yes, Iron Maiden, Keith Moon, The Monkees, The Doors, very early Def Leppard, Rush, and Jimmy McColloch. “When I heard that first Pretenders album, I wanted to be a mix between Chrissie Hynde and James Honeyman –Scott,” says Lisa.  “We are a rock and roll band, and we can play anything that we want to play. It comes easy for us to incorporate all different styles because it’s just who we are as musicians.”

Following her diagnosis and recovery from breast cancer and her work as a nurse on the frontlines of the Coronavirus pandemic, Lisa connected with Joe “The Butcher” Niccolo to record the band’s first album. To play music and record again felt like a triumph for Lisa, who felt hopeless at the time.

Premiering exclusively today is the DIY video for “I’m Going Under,” which pays tribute to fallen pets. 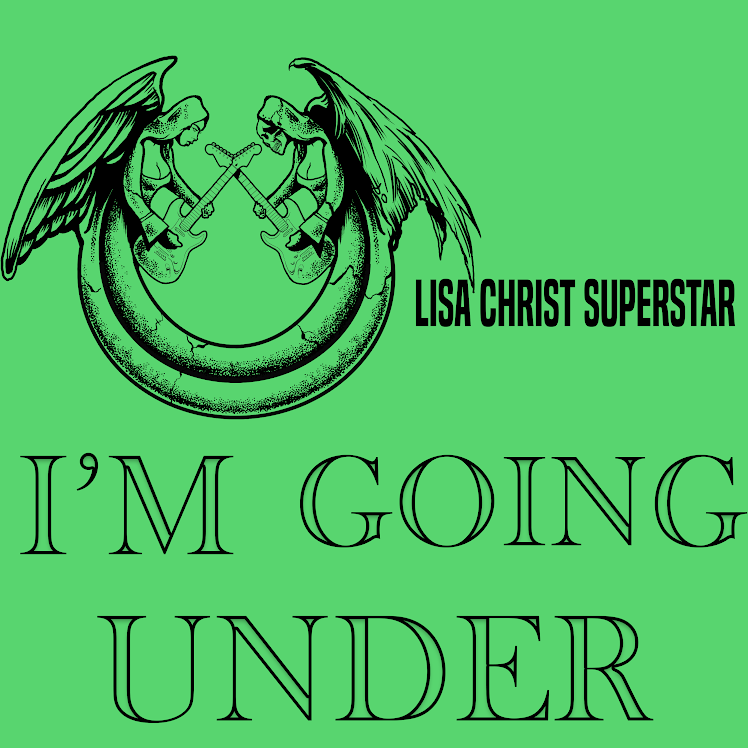 Of the song and video, Lisa shares with ABS:

I wrote this song about the pain I felt after my beloved furry baby, my best friend Harry, went to Rainbow Bridge. He was by my side for 16 years. We loved each other so much, I was devastated. I reached out to our fans and asked them to send us pictures of their furry babies that passed. And we got an overwhelming, beautiful response. So this song and video is a tribute to all of them, and everyone who has felt that pain of loss.

Lisa will play at the Fire in Philadelphia on November 6th in celebration of Soundtrack of the Floating World.