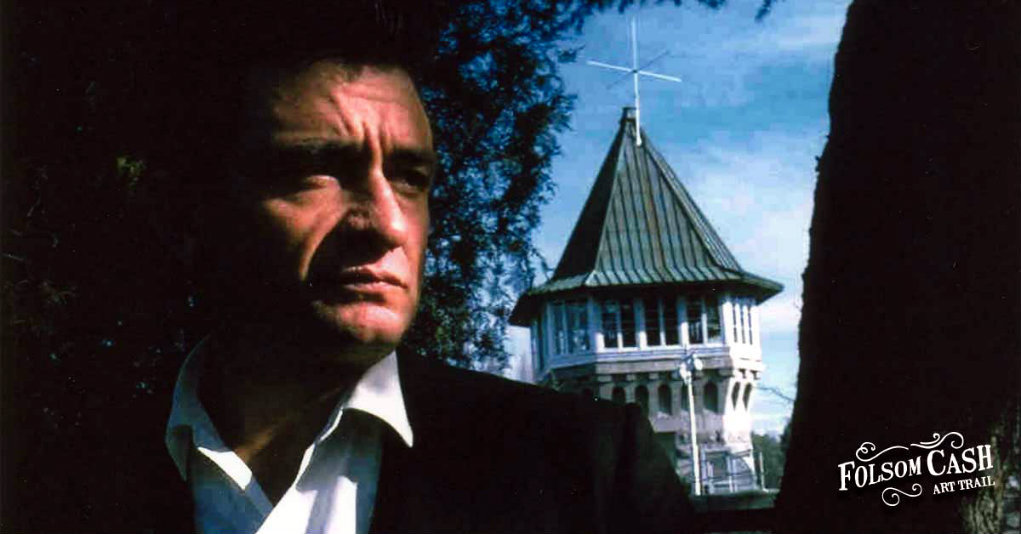 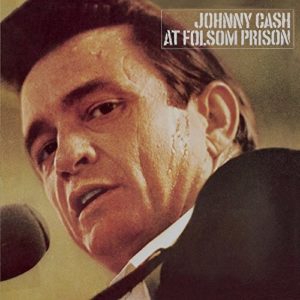 On January 13th, 1968, Johnny Cash made history by recording a live album inside of California’s Folsom State Prison.

The song that started the prison obsession for Cash was his own “Folsom Prison Blues.” Written in 1953 while serving in Germany with the US Air Force, it was inspired by the 1951 film, Inside the Walls of Folsom Prison. Two years later, Cash recorded the song for the Sun Records label in Memphis. It became one of Cash’s signature songs, and had one of the most iconic lines in country music history; “But I shot a man in Reno, just to watch him die.”

“I sat with my pen in my hand, trying to think up the worst reason a person could have for killing another person, and that’s what came to mind.” – Johnny Cash

Never serving hard time himself, Cash had an affinity for the downtrodden. After the release of “Folsom Prison Blues” in 1955, he began receiving letters from inmates around the country asking him to play.

Johnny performed his first prison concert at Huntsville State Prison in Texas in 1957. After hearing the response from the inmates, he began to think about a live recording at one of the facilities. Cash recorded other live prison albums as well, including At San Quentin (1969), På Österåker (Sweden 1973), and A Concert Behind Prison Walls (Tennessee State Prison 1974) which included guests Linda Ronstadt, Roy Clark, and Foster Brooks.

In 1967, producer Bob Johnstone agreed to the idea of a live recording. Calls were made to two prisons in California, Folsom and San Quentin. Folsom answered first.

When Cash arrived at Folsom, he had some special guests along. The Tennessee Three (Luther Perkins, Marshall Grant, and W. S. Holland) backed Cash during the sets. Also on stage was former Sun label-mate Carl Perkins, who opened the show with his song, “Blue Suede Shoes.” The Statler Brothers provided backup vocals for Cash and also performed their hits, “Flowers on the Wall,” and “This Old House.” Finally, June Carter Cash joined in on duets of “Jackson,” and “Give My Love to Rose.”

Johnny Cash & co performed two shows at Folsom Prison that day: One at 9:40 AM, and the other at 12:40 PM. He closed the shows with the song, “Greystone Chapel,” written by Folsom inmate Glen Sherley. Sherley had recorded the song and gifted a copy to prison Chaplain, Rev. Floyd Gressett, Pastor of the Avenue Community Church in Ventura, where Cash frequented for services. Rev. Gressett gave Johnny the recording on the day before the shows, and Cash insisted they play it live.

On the last day of rehearsals, California governor and future President Ronald Reagan, who had heard about the upcoming performance, stopped by the El Rancho Motel in Sacramento, offering his encouragement.

During the live performances, many of the inmates were reluctant to respond too raucously. They feared reprisals from the guards if they cheered too loud during songs such as “Cocaine Blues,” or “25 Minutes to Go.” During the performance of “Dark as a Dungeon,” one of the inmates began to laugh, which led to Cash chuckling as well. Johnny casually admonished the man who responded with “Oh, hell.” Cash’s response at the end of the song is the stuff of legend:

“I just wanted to tell you that this show is being recorded for an album released on Columbia Records, so you can’t say ‘hell’ or ‘shit’ or anything like that.” – Johnny Cash

The assassination of Robert Kennedy on June 5th, 1968 had radio stations pulling the song from airplay due to the “shot a man in Reno” line. Despite protests from Cash, the label edited the line out, and re-released the song. It was an instant success peaking at #1 on the country charts and breaking into the mainstream Top 40. The album followed suit, hitting number #1 the Top Country charts and #13 on the Pop Album Charts. It was certified gold in October.

“Folsom Prison Blues- the culture of a thousand years is shattered with the clanging of the cell door behind you. Life outside, behind you, immediately becomes unreal. You begin to not care that it exists. All you have with you in the cell is your bare animal instincts.” – Johnny Cash

The back to back successes of At Folsom Prison, and At San Quentin garnered Cash his own musical variety show on ABC Television. The Johnny Cash Show ran on the network from June 7th, 1969 to March 31st, 1971. Recorded at Nashville’s Ryman Auditorium, the 58 episodes contained a host of musical talent, as well as Hollywood royalty that included Bob Hope, Kirk Douglas, and Lorne Greene.

Since its release, At Folsom Prison has been acknowledged by Rolling Stone, Blender, Time, and Country Music Television as one of the greatest albums of all time. After achieving triple platinum status from the RIAA in 2003, the Library of Congress chose it for addition to the National Recording Registry. It would seem to all who heard it, that Johnny Cash’s decision to record live at Folsom Prison had paid off.