Ilana Katz Katz Has Her Mojo Working ‘In My Mind’ 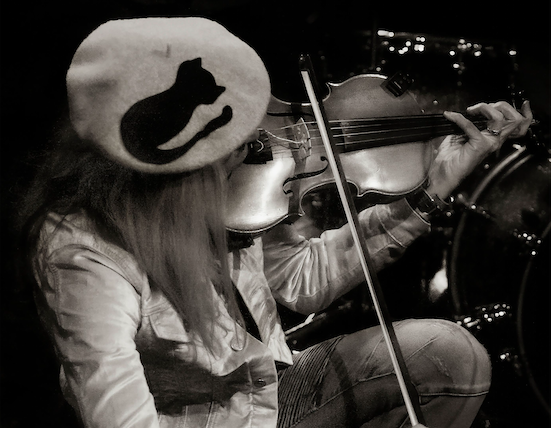 A gorgeous self-portrait of roots fiddler, singer, and songwriter Ilana Katz Katz’s new album, In My Mind, doesn’t just exist in the form of the watercolor painting on the cover.

Immediately introduced is the album’s title track, which indeed resonates in the listener’s mind. Blues guitar kicks things off, as it melts right into Ilana’s gentle yet driving fiddle and airy yet strong timbre. A classically trained violinist, she employs the style of old-time fiddle playing that has always drawn me to country music, while completely drenching herself in the blues. All of these sonic elements together make up the best of what the roots world has to offer, but also a sound unlike anything else. 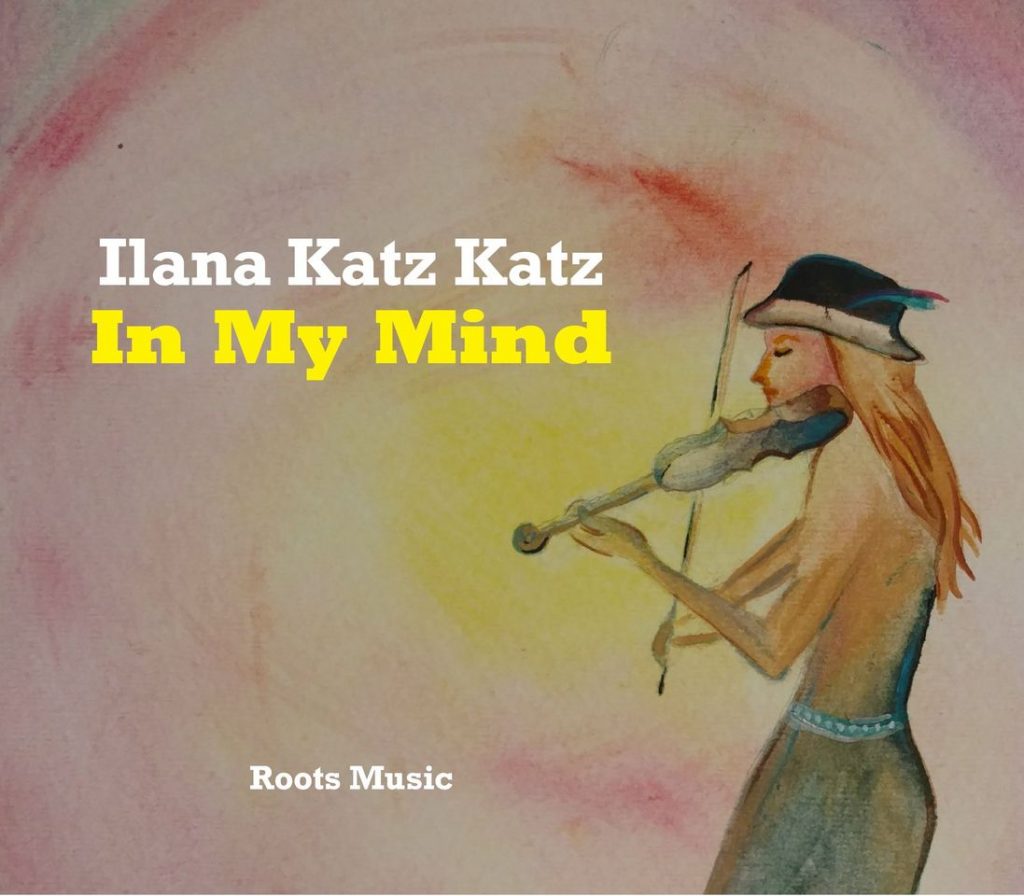 West Side guitar man Johnny Burgin and his band join Ilana on many of the songs on In My Mind. Those seeds were planted when Burgin’s band were staying at Ilana’s house, jamming after hours while on a Northeast tour. After one day in a Rhode Island studio, the bulk of the album was fleshed out. A few tracks feature the album’s producer, Ghost Town Blues Band bandleader Matt Isbell, who she met in 2016 during the International Blues Challenge week on Beale Street in Memphis. She was a guest musician on his band’s last release, which debuted at #1 on the Billboard Blues Charts. The genuine camaraderie between the two breathes life into her new effort, Ilana stating, “I think of Matt as my wiser, younger, Memphis music brother. He was my first choice to produce this record.”

It’s an old man’s world on “Woman, Play The Blues.” As a woman, I hate to think about what she must have gone through to get here, but I’m grateful that she stands where she is now, and that she created this brilliant blues feminist anthem. And I’m here to tell ya there ain’t many of ‘em. The guitar and fiddle work together and rain down like Delta beatitude; I think Muddy would be proud, and that makes me smile. The song also serves as the most unique showcase for her scatting vocals.

“Nine Souls” recalls the senseless Charleston, SC church killings in 2015. Her violin takes on a medieval quality which carries magically, enriching the tone and amplifying the emotion of the tragedy. A light-hearted slice of joy, “Won’t Pass Me By,” follows — delivering an upbeat waltz and taking us both backwards and forwards in time.

Since she sometimes plays her fiddle the way Brian Jones wielded his blues harp, the swampy “Time to Go” may not have sounded out of place on December’s Children. Ilana’s bluesy scatting is front and center again on “Downtown With The Devil.” In this scenario, the devil is a woman and the lyrics deal with staying true to oneself. “Ain’t No Why” laments time and energy lost to screaming into the void about the world’s problems, as her vocals dance with the Delta once more. “Bad Child” sees the world through the child whose parents fight, bemoaning, “Some days I just want to kill my own light.”

“Well, Well Blues” sees Ilana falling down the well of the blues. I do, too. But more than that, think of her violin as a beautiful breeze falling into B.B. King-style guitar bends — a truly refreshing concept. “Hangman’s Reel” is a mesmerizing standout. A shitkicker’s bliss, and I like any excuse to say shitkicker. The sheer stompin’ energy of this Appalachian old-time fiddle instrumental reminds me of why I returned to Florida Folk Festival all those years in a row.

“If,” punctuated by echoing handclaps, begs the question: “If God is a woman, do you listen to what she say? Or do you need a man to kneel and pray?” Ilana wants you to stop and consider whose church your God goes to — yours or mine — and the social constructs just in those words alone. The whole track was recorded by herself, in her closet, in the middle of a pandemic.

Ilana continues to put her best foot forward not only as a fiddler, singer, and songwriter, but also as a novelist, screenwriter, essayist, watercolor painter, apparel artist, and children’s book author.

Guitarist Ronnie Earl once picked her out of a crowd to play with him, which led to him contributing to her 2014 debut album. She’s gone from busking in Boston’s packed subway platforms to stages around the world. And from baroque to bluegrass, her music is a full spectrum of sound and feeling that evokes a rich experience for anyone thoroughly listening. In other words, I couldn’t imagine not giving this album its due attention by not listening to each and every vocal nuance and complex chord movement.