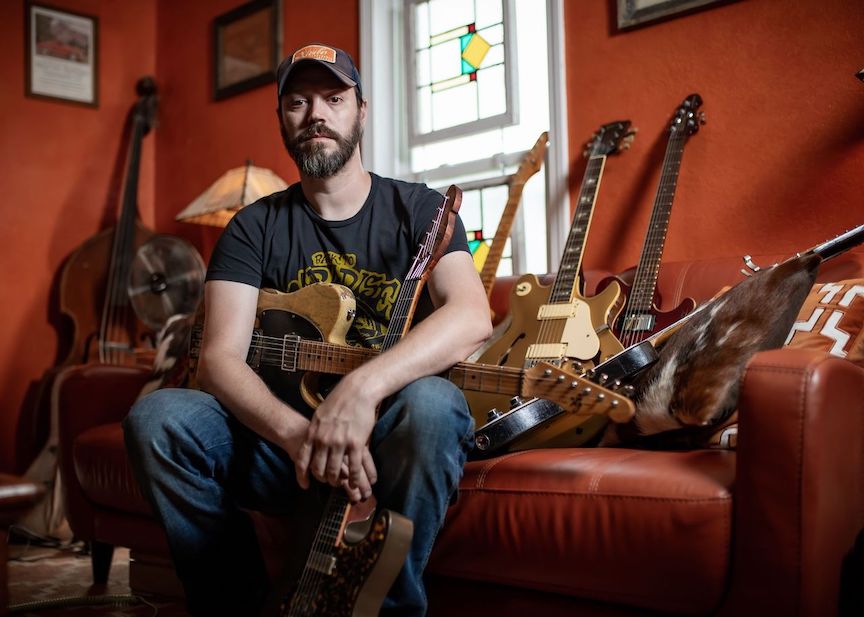 What you hear on that record, it’s what you’re going to get live,” says Seth Lee Jones of Flathead, a collection of nine rocking, road-tested blues covers out now on Tulsa’s Horton Records. Recorded at Teegarden Studios in under seven and a half hours, straight to tape with no edits or overdubs, the tracks crackle with energy. They’re some of the band’s personal favorites, finely honed over years of performances at a weekly residency at Tulsa’s legendary venue, The Colony. 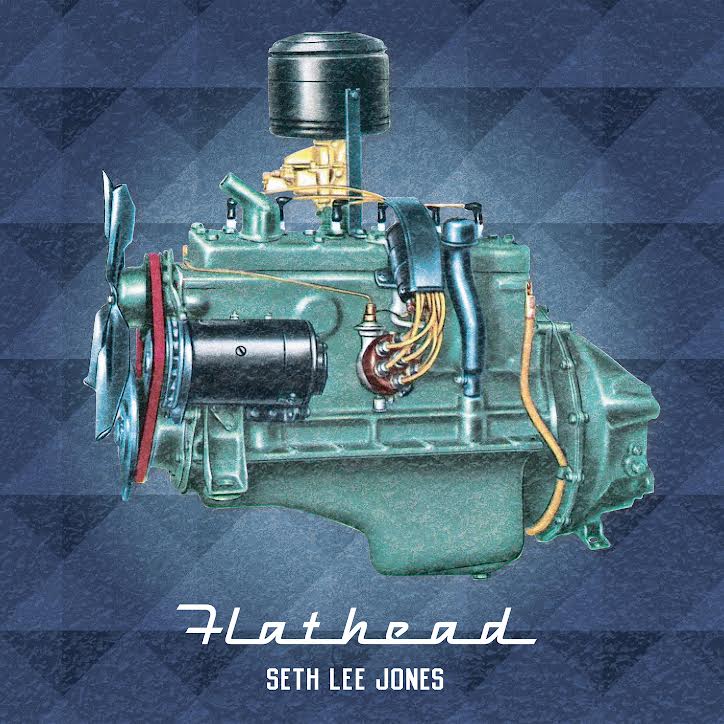 “We run a democratic ship in my band, and there’s never any drama,” Jones says of bandmates bassist Bo Hallford (Paul Benjaman) and drummer Matt Teegarden (Chris Duarte.) Teegarden is also the son of Grammy winner David Teegarden (Bob Seger, JJ Cale, Joe Walsh.) “It was a team effort to pick those songs.” While Flathead celebrates musicians as diverse as Muddy Waters and Roger Miller, the band puts its spin on each tune. Jones brings his open tuning to the band’s version of Muddy Waters “I Can’t Be Satisfied,” and his baritone guitar gives a sharp edge to “Moving Me (Way Too Fast),” written by fabled Tulsa bluesman, the late Steve Pryor. Including Ray Charles’ “Mary Ann” enabled Jones to pay tribute to one of his (and Pryor’s) musical heroes and an opportunity to utilize the prodigious skills of guest guitarist Mike Satawake.

From Flathead, we are proud to premiere the performance video for “Drivin’ Wheel” — filmed at the historic Cain’s Ballroom in Tulsa on Nov 6, 2021 at Horton Records Rock n Folk n Chili Cook Off.

This video is from the Cain’s Ballroom, a historic venue in Tulsa, OK that has hosted artists as diverse as Bob Wills and Sex Pistols, along with the legendary Freddie King.  Seth Lee Jones headlined this particular night with a smokin’ set.

I’m more often associated with my custom Bender Telecaster, but this song, written by Roosevelt Sykes and played our way, is my opportunity to showcase something that I started playing 25 years ago: blues on a Gibson. This guitar was something I thought I’d never own. It’s a 1969 ES-345, which is nearly identical to Freddie King’s guitar of the same year and model. It is truly a dream to play it, and it was really special to play it on the same stage that Freddie graced many times.  It’s got something to say for sure.