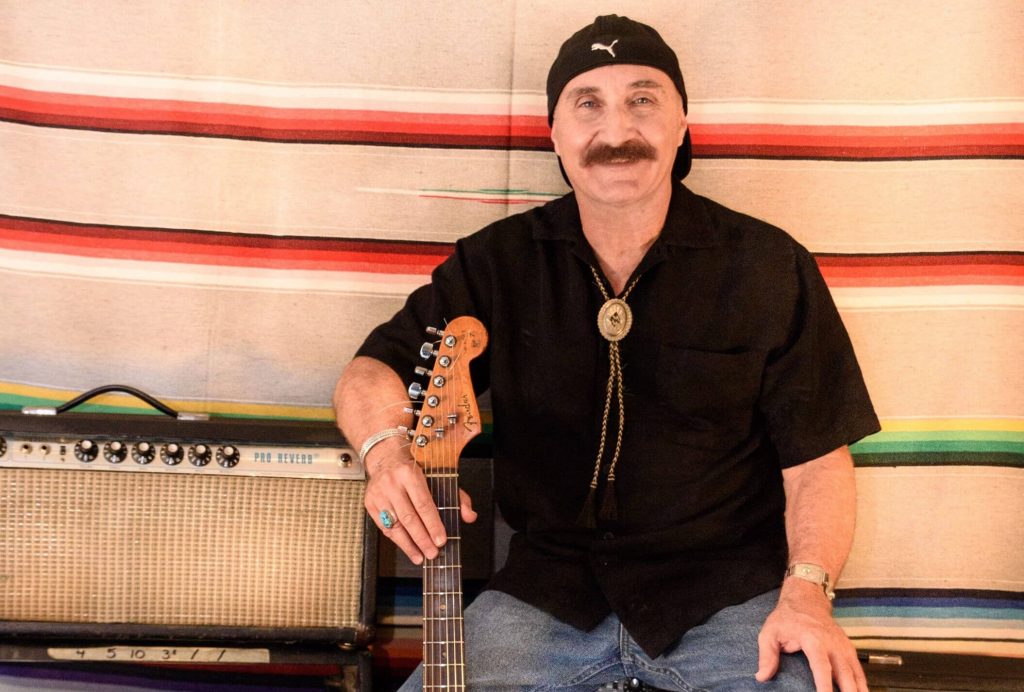 Southern Blues guitarist/singer Reddog announces the release of his new CD, Booze, Blues and Southern Grooves, coming February 4, 2022, on the Survival South Records label. A long-time fixture of the Atlanta blues scene in the 1980s and 1990s, Reddog has been based for many years in Pensacola, where he’s been touring regularly throughout the region with his rock-solid band. 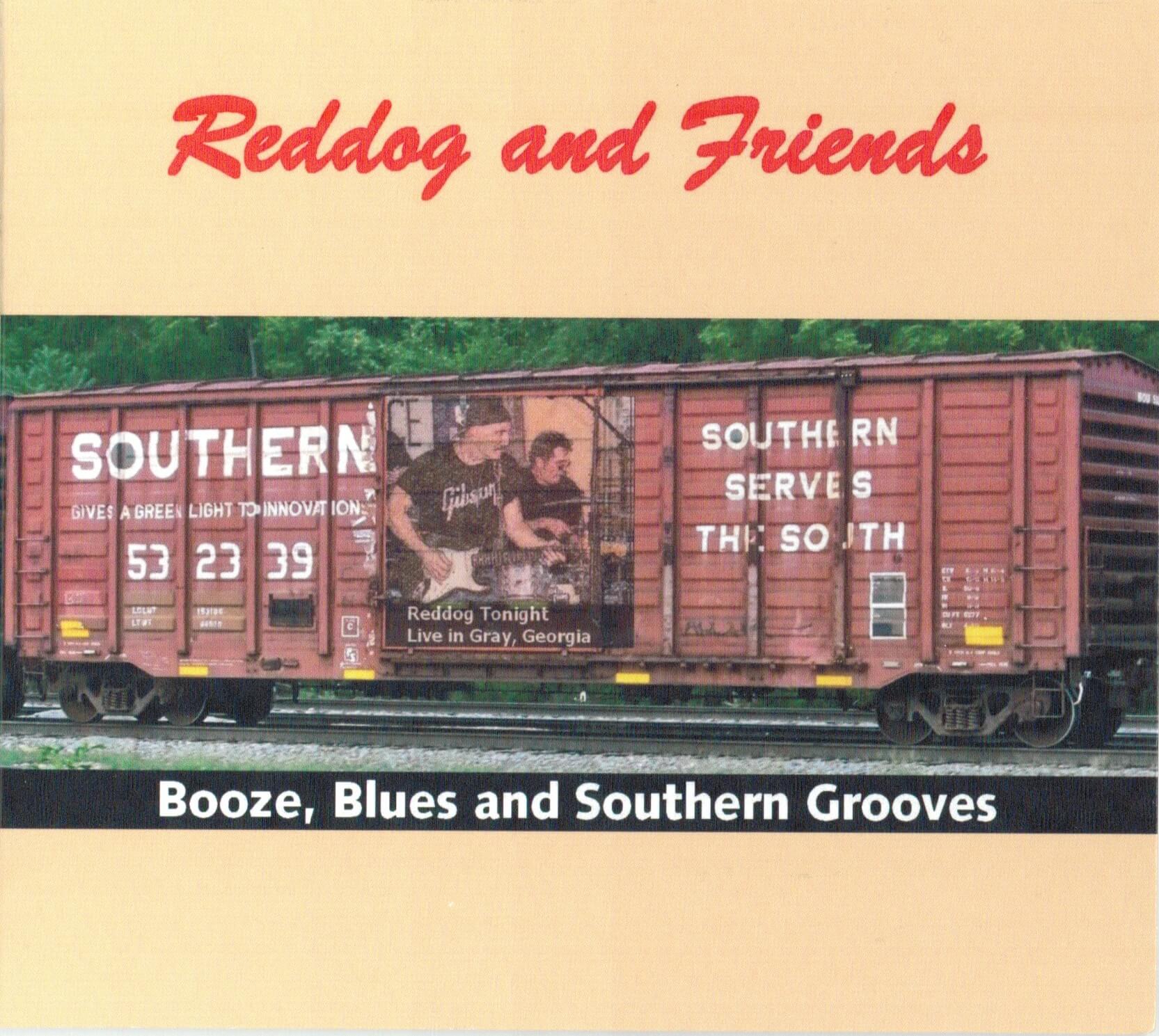 The late, great Southern Rock producer Johnny Sandlin invited Reddog to record at his Duck Tape Studio in Decatur, Alabama, where three of the tracks on the new disc were recorded, with Sandlin, himself, engineering. These recordings became the basis of Booze, Blues and Southern Grooves.

My music style is soulful, Southern blues. That’s how I describe my music. I want the listener to hear it but also feel it! Muscle Shoals, Alabama was where I needed to record to get that sound.

Johnny asked me if I’d like him to bring in any special musicians for my CD. My only request was Clayton Ivey on keyboards and Johnny looked at me like, ‘How the hell do you even know who Clayton Ivey is?’ I knew! The three songs we recorded at Sandlin’s studio were ‘Simple Song,’ ‘Searching for Some Soul’ and ‘Honest Man’.

All the other tracks on the new disc were recorded at East Avalon Recorders in Muscle Shoals, Alabama. The players were Reddog on guitar, Clayton Ivey on keyboards, David Hood on bass, Justin Holder on drums and Carla Russell, Mary Mason and Angela Hacker on background vocals.

One thing unique to Muscle Shoals, they want the music being recorded there to sound great. Everyone involved is working as a team to make your songs shine. They have a way of making you feel like your recording is the only thing going on in town. It’s inspiring!

Recording songs like ‘Searching for Some Soul’ and ‘She’s a Georgia Peach’ were pure fun to record. We were laughing and cutting up during the process. As much fun as we were having, I hope the listener has to put a smile on! ‘Simple Song’ was inspired by the late, great Eddie Hinton, who was from Alabama.

Atlanta, Georgia, was home for the band Reddog and Friends for many years. Reddog is a fiery, blues-based guitarist, heavily influenced by Freddie King, Duane Allman and Otis Rush. Other band members included the late Donnie McCormick on drums/vocals, from the Capricorn Record band Eric Quincy Tate, and Chris Long on bass/vocals, who later went on to work with the talented guitarist/songwriter Oliver Wood.