Shall We Dance? A Conversation with Husband-and-Wife Larry Campbell and Teresa Williams 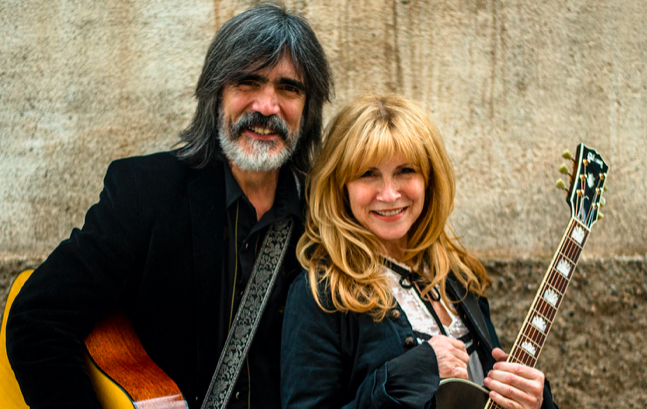 Interviewing Larry Campbell and Teresa Williams together is like experiencing two lovebirds slow dancing to their own music. Larry toured with Dylan for eight years and produced Levon Helm’s last two GRAMMY-winning albums. Teresa is his wife of 33 years. Her hickory-flavored vocals and guitar complement her husband’s guitar and fiddle on tour now through early February with The Midnight Ramble Band and other combinations.

They met in Mississippi, he a guitarist and fiddle player from New York City, and she from generations of native southern denizens. “I lived in Jackson, Mississippi for a while in the mid – 70s,” says Campbell. “I was born in New York City, but I was always enamored with the southern states, and I knew if I wanted to immerse myself in that music, I had to immerse myself in the culture, and so when I was in Jackson, there was suspicion around that this (crooner) from New York could play the fiddle, too.”

“And he looked different, sad to say,” explains Teresa. “He’s a tall, dark and handsome dude. Probably now he wouldn’t look as different, and I’ll just throw this into his story. That time he spent in Mississippi, knowing he had those two years down there was really what gave me permission. It was ok to marry him because otherwise it would have been too culturally disparate.” 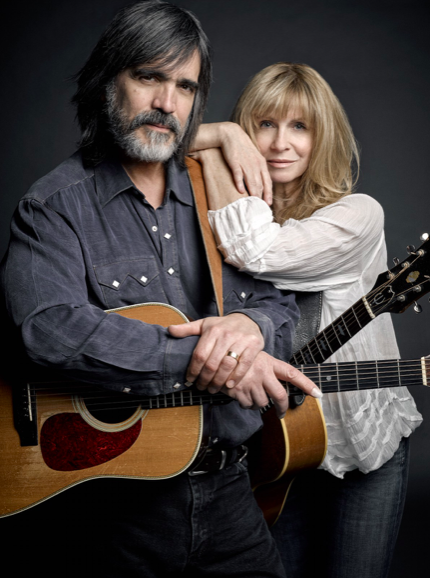 She continues, “I come from generations of being on the same land, really, honestly probably since the government took it from the birth nation, both families from the same land generations later, and that’s some deep, deep, deep – I mean the south is wacky to begin with, and I’m off that, so I’m allowed to say that, but Larry to come in on that, and you to walk in on it down there, and to make a life there, that’s a whole different level of bravery. (Laugh)”

Campbell says simply, “I was from The City, and when I went down to (meet) Teresa’s family it was just go there with a respect for the culture, and you’ll find your way in.”

“Yeah, there you go,” says Teresa. “I use this clip on stage. They were very skeptical about this New Yorker walking in. Basically, he’s a New Yorker, period, but Larry came toting his fiddle, and that is immediate entry in Tennessee, immediate. I mean, you get the keys to the city right there.”

“Yeah, once I played a few notes on the fiddle, I was at least ok in their eyes.”

“Well, that’s how he got me,” concludes Teresa. “He played a few notes on the pedal steel. So, there you go.”

Several dates on this tour are with the Midnight Ramble Band, a group that got their name from playing the late Levon Helm’s legendary Midnight Rambles at his farm in Woodstock.

Campbell’s tours with Levon and his work on Levon’s last two GRAMMY-winning albums were pivotal in elevating the former Band drummer and vocalist’s status from being one of five legendary founders of The Band to becoming an icon as a solo artist. While Campbell’s name recognition may not rank with rock’s biggest superstars, his hand at the throttle of Levon’s rise in stature alone is something not even Keith Richards or Mick Jagger could do when they stepped out of the long shadow cast by the Rolling Stones.

Campbell is looking forward to resurrecting Levon’s mojo with the Ramble Band. “We’ll see what happens when we get there. But we’ve all been playing together for so long, and we know each other so well, we’ll just put a set list together: the stuff we played with Levon and the stuff we didn’t that’s evolved since then.”

“There’s a joy to it,” adds Teresa. “We don’t see each other often enough. When we’re back together, it’s like when your family finally gets back together. And the music side of it is such a joy. You feel Levon sitting over there grinning. That’s ever present. But it’s happy. It’s a happy thing.”

They are also playing several dates with David Bromberg. “David used to lead (the blind) Rev. Gary Davis around to church and was a student of Rev. Gary’s,” explains Campbell. “He knew him quite well, and David also made his own thing out of that influence.” As for the current show, “None of us know what’s gonna happen until we get there which is always interesting.”

“And he prides himself on not creating setlists,” adds Teresa.

“The thing with David is it’s so off the cuff, and so dynamic for Teresa and I.”

Interviewing Larry and Teresa was one of those spontaneous conversations where you throw your questions away and go off “script.” One subject leads into another. It’s like an open jam where two guitarists vamp off each other, or a first date where a couple clicks and both people know and trust the time together is magic. I have the distinct feeling that their performances are just as spontaneous. 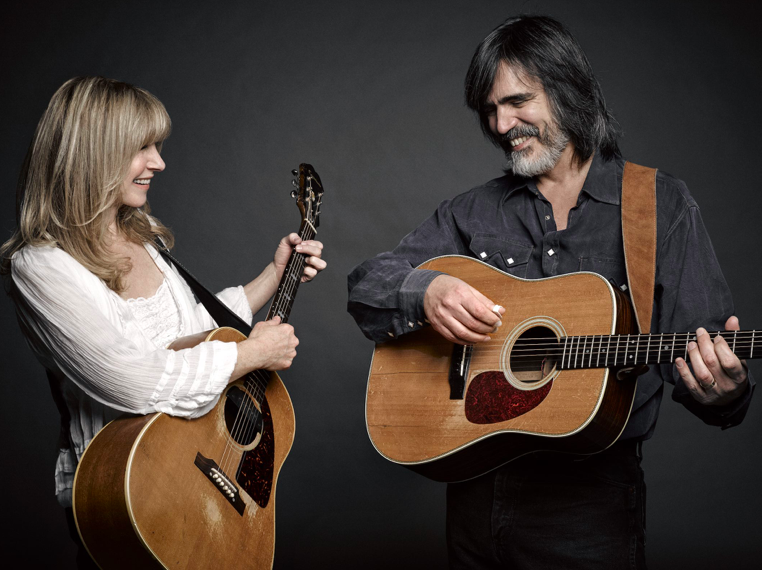 Larry & Teresa with the Midnight Ramble Band with Hot Tuna

Larry and Teresa join David and his band, Jimmy Vivino, John Sebastian and Andy Falco for a ‘belated’ birthday bash!

Larry and Teresa re-unite with one of their favorite singer-songwriters, Lucy Kaplansky

An Evening with Lucy Kaplansky and Larry & Teresa

Larry and Teresa with Lucy Kaplansky