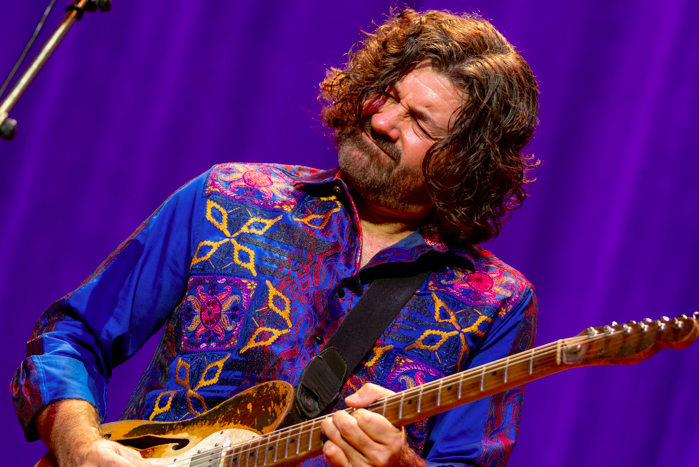 Tab Benoit negotiates a rough road in his music. It’s a dirt road well-traveled but it’s winding, rocky and splashed in mud. He blows through it, never spinning his wheels that lock into deep ruts well-traveled in three decades of dangerous curves taken often at breakneck speed. His concerts take you on a trip into his home in the Louisiana swamps, and his fans loosen their seat belts at their own risk. The pandemic has only heightened his fans’ thrills of this very live adventure.

“Music is a healer, and that’s one of the things we’re doing out here. We’re trying to keep people from being scared. Make them feel comfortable and feel like it’s worth getting together. It is kinda strange, but all the big new TV networks are telling everybody don’t go anywhere, and here we are telling everybody, ‘No! Come on out!’ And it’s a little weird, but we just stopped watching, and we’re doing what we’re doing. It’s more back to normal from my perspective than most people think.”

Benoit is on the road for a back- breaking tour of the country with rarely a day off. And it comes at a price. He’s left behind a home in Houma, Louisiana racked by Hurricane Ida that cut a swath from the Gulf Coast to the northeast in August.

“Right now is really a tough time to be out on the road. Every day I’m not working on stuff at my house, I’m going backwards a day. So, I’m already behind in recovery because I’ve been on the road for two months. The week after the storm passed, I had just enough time to have the trees cleared and get my driveway cleared so I could get the bus out.

“Some of the damage you don’t even see. Somebody has to go up in your attic and look and see things got moved and shifted. That’s basically what it is. Your house is doing 170 miles an hour. How is that gonna survive? It’s barely surviving, and it’s not just the house. It’s the property surrounding it.”

Benoit is no neophyte when it comes to environmental catastrophes. He’s been a decades-long supporter of saving the Gulf Coast wetlands from being washed away. “It isn’t something we can easily fix. It’s been so hard to bring in the environmental issues, especially with other big issues going on. It just doesn’t seem newsworthy I guess, but it hasn’t been newsworthy for a long time.”

While the world collapses ‘round him, Tab soldiers on with his music ’cause it’s just what he does. “I want to give young people the really honest me, whatever that is. It was never supposed to be perfect. It was supposed to be honest, and maybe that’s not always perfect. But now in the days when everybody’s album is overproduced and too perfect, you know, I can’t listen to that stuff. I can’t listen to music now. I can’t trust it. I can’t trust anything people are putting out because I can’t trust that’s what they sound like live.”

His obsession with his muse comes at a price. For a while he became a full time carpenter on his house. “I was doing something I needed to do because I knew we’d have to get on the road again, so there was a lot of work. There were months and months and months of being a carpenter. I lost all of my guitar calluses and developed carpenter calluses. I had zero (guitar) calluses left.

“Thirty-three years of playing guitar and you just don’t play for a few months. They went away. They were bruising and blistering, and you try not to pop a blister while you’re playing. People see you making all these faces. They think you’re doing that because you want to look cool, and it’s like, no, that’s real. The blues grimace is real.” 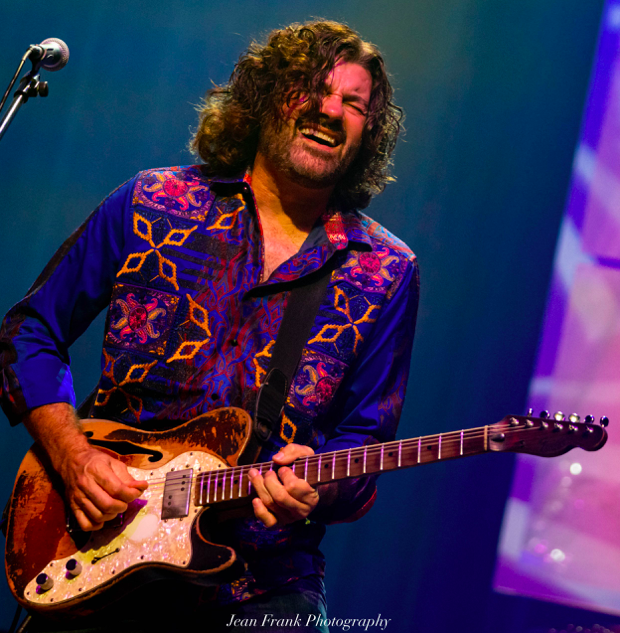 Then, there was the issue with his hair, lots and lots of hair for a man who had been well-coiffed. “I was working so much before the shutdown. I just didn’t have a chance to go get my haircut by the person who cuts my hair all the time. So that was six months or something. That was the longest I went without a haircut. And then the Covid thing started, and I wasn’t supposed to get a haircut. I just didn’t.”

Today, he has curly hair that strafes his face while he plays what looks like a toy guitar that’s been dragged through an alligator-infested Southern Louisiana swamp. No pedals or effects, thank you. This guy is organic. His two-hour sellout concert at Cohoes Music Hall in upstate New York on October 28 was post-Apocalyptic. I mean he made Metallica look like sissies.  And he should be giving George Thorogood lessons in how to rock the blues like there’s no next hour, let alone no tomorrow. With 33 years of experience under his belt he is on fire.

If you get the idea that he was in any way sloppy, think again. Tab is homegrown, but his dexterity on guitar is needle-sharp, and his rapport with an audience likewise in need of musical therapy was nothing less impressive than what I’d expect from an Apollo Theater crowd on a hot Saturday night in Harlem. It was the kind of bonding that eliminated the distance between the stage and the rest of the theater.

I sat in row A of the balcony and felt like I should be paid as a member of the band. No live-streaming will ever replace the kind of presence a show like this offers. He ended his monster set with the closest song he got to having a hit, “Medicine,” the title track of his studio album released a decade ago. He’s had at least a dozen albums since then of mostly live performances on sale at the show including Whiskey Store (live 2006), Night Train to Nashville (live 2008), Brother to the Blues (2006), Fever for the Bayou (2005), and Power of the Pontchertrain (2007.)

There’s something about Louisiana performers that’s in their DNA. Oblivious to the struggles of the world around them, they lock and load their music whether it was Professor Longhair, Dr. John, Allen Toussaint, or the Neville Brothers. Tab Benoit has earned position front and center in that elite club. “The environment is different from any other place. Eat some of that crawfish, get your hands dirty, and come up with some swampier things than you’d normally come up with. There’s something that definitely happens when you get in that atmosphere.”

While Tab himself records for Telarc Records, he’s formed his own label, Whiskey Bayou Records, to record artists including Eric McFadden, Damon Fowler, Eric Johanson, Jeff McCarty and Dash Rip Rock. “We go backwards to go forward, and we come out with better product, and they love it because it’s real and natural and it’s one take stuff, and they go, ‘Wow! I didn’t know it could be that easy, and that fun.’

“We make the studio fun because it’s real live playing. It’s not playing the studio shit, playing the studio tricks. So, all that’s important. In a world where everybody is trying to look better than life and sound better than life, and all this stuff, we’re trying to be true to life, you know. And people think that’s refreshing. Ha, ha. But you know it’s just the way it used to be. We’re just going back to the old ways.

“I don’t do this just for me. I do it to help people out here, and that’s something I have to do. Not because that’s what’s in me, and that’s why I chose to be a musician because I know that’s a way I could help the folks and help the most people in the world whatever this God given talent is. I have to use it for good.”