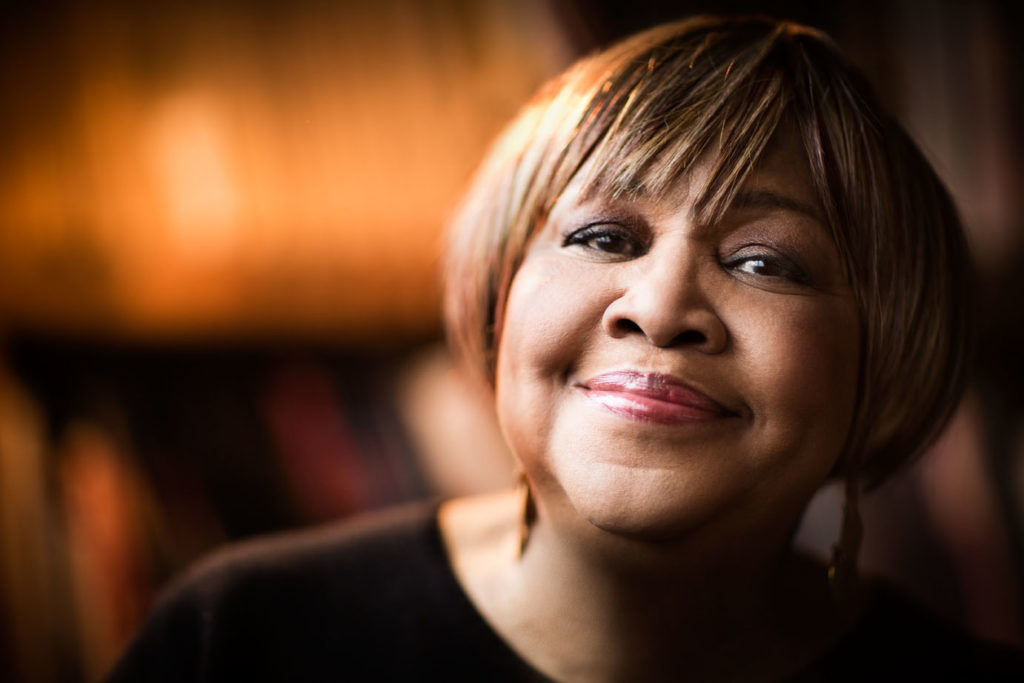 With her family band and as a solo artist, Mavis Staples‘ career has spanned seven decades. Here are 10 things you may not know about the singer, songwriter, actress, and civil rights activist. 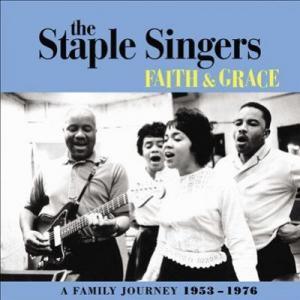 1. Mavis Staples was born in Chicago, on July 10th, 1939. She started performing with her family’s group, the Staple Singers, at the tender age of 10. By the age of 16, she had her first hit with the group: “Uncloudy Day” on the Vee-Jay label. A year later, when she graduated high school, they took their show on the road. Young Mavis was the lead singer of the group, and had a voice that defied logic. “I was a skinny little knock-kneed girl with a big voice that comes from my mother’s side,” she said.

2. In the mid-1960s, her father, and group leader, Roebuck “Pops” Staples, became close friends with Rev. Martin Luther King, Jr. The group became one of the great voices of the Civil Right Movement, taking popular songs and performing them in their trademark manner. Mavis’ powerful voice brought out the spiritual side of songs such as Bob Dylan’s “A Hard Rain’s a-Gonna Fall” and Stephen Stills’ “For What It’s Worth.” All the while, Staple Singers hits such as “Respect Yourself” and “I’ll Take You There” were on radios worldwide.

3. The Staples’ family home in Chicago was always filled with love, and music. “Pops” and his wife, Oceola, had come from the cotton plantations near Drew, Mississippi. He was the youngest of 14 children, growing up learning guitar and playing with Delta masters, including Charley Patton, Son House, and Robert Johnson. His Christian upbringing taught him to always welcome those who needed it. When the family moved to the Windy City, and their music began to become more popular, their home became a haven for other traveling performers. Ray Charles, Redd Foxx, and Stevie Wonder were frequent visitors. The “Queen of Soul,” Aretha Franklin, often used the Staples home as a place of refuge from the rigors of her stardom. Coincidentally, Sam Cooke, Curtis Mayfield, Lou Rawls, and Mahalia Jackson were all neighbors of the Staples family.

4. In 1964, Staples was married for the first and only time. Spencer Leak was a second generation Chicago mortician. His father’s A.R. Leak Funeral Home became famous in ’64, as 200,000 fans lined up to view the body of slain soul legend Sam Cooke. Leak went on to become CEO of the family funeral parlors as well as holding several political offices. The two soon divorced however, as Staples refused to end her music career in order to stay home. They had no children, and Staples never re-married. She and Bob Dylan did court for almost seven years. Dylan even proposed, but Mavis reluctantly turned him down. It is a decision that she has always regretted, and refers to Dylan as, “the love that I lost.”

5. A well-known Stax Records artist with the family group, Staples’ first solo album was an eponymous release on their Volt label. She also recorded for Stax, Curtom Records, Phono Records, Warner Brothers, and Alligator Records. In 1989, she released, Time Waits for No One, and in 1993, The Voice. Both albums were released on the Paisley Park label, written, and produced by Prince himself. In 2007, she moved to ANTI- Records, where she has released her last six albums, including Livin’ on a High Note in 2016.

6. Although best known as a gospel songstress, Staples has made her mark in music with soul, blues, Americana, and pop as well. Her first Grammy win was in 2011 in the category of “Best Americana Album,” for You Are Not Alone. She won again with “See That My Grave is Kept Clean” in the category of “Best American Roots Performance.” Staples has twice been a judge for the Independent Music Awards. In 2010, she performed at the Kennedy Center Honors. There, among a bevy of stars, with a voice resembling a gravel-filled baritone, she belted out, “Let it Be,” and “Hey Jude,” in a tribute to Paul McCartney. In 2016 she was honored with an introduction by Don Cheadle, and performances by Elle King, Bonnie Raitt, and Andra Day.

7. Her guiding light, and family patriarch, “Pops,” died in 2000. It was four years before her next album release. Have a Little Faith was a mix of blues, gospel, soul, and folk songs. It was released on the Alligator Records label, but not before Staples herself charged $40,000 on her credit cards to get it made.

8. The original Staple Singers were made up of “Pops,” Mavis, her sister, Cleotha, and brother Pervis. Her sister Yvonne replaced Pervis in the group when he was drafted into the Army, and again in 1970. She never traveled without her sister Yvonne, who passed away a few years ago. Whether simple, personal appearances, or extended tours, Yvonne was always with her.

9. Staples has recorded with a great many artists during her storied career. Many others have sampled her voice in their music. Hip-Hop artists Salt ‘N’ Pepa, Ludacris, and Ice Cube have all sampled Mavis, perhaps paying her one of the highest compliments in that genre. Who does Staples like among the younger artists? Her choices fall on two names. Chance the Rapper is a personal favorite of hers, as she says, “He’s very good at explaining what’s happening in the world today.” Another favorite is Pharrell Williams. Staples credits his song “Happy” as the inspiration for her latest album, Livin’ on a High Note. 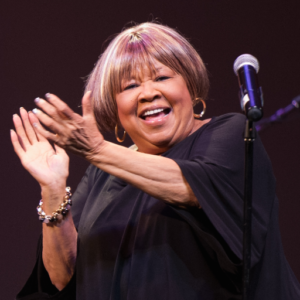 10. One would think that after well over 60 years as an internationally recognized, and award-winning artist, Staples may have developed some diva-like qualities. Nothing could be further from the truth.

In a 2016 interview with Jude Rogers of The Guardian, Mavis had this to say, “I go to the cleaners, I go down in the basement to wash my clothes. I don’t have anyone running around for me like some of my girlfriends, Gladys Knight or Aretha – I’ve always done for myself. I feel if you don’t go out there, if you don’t mingle among the people, how are you going to know what they need to know, and hear what they need to hear? That’s the good part. That’s the best part. Just treat everyone right.”