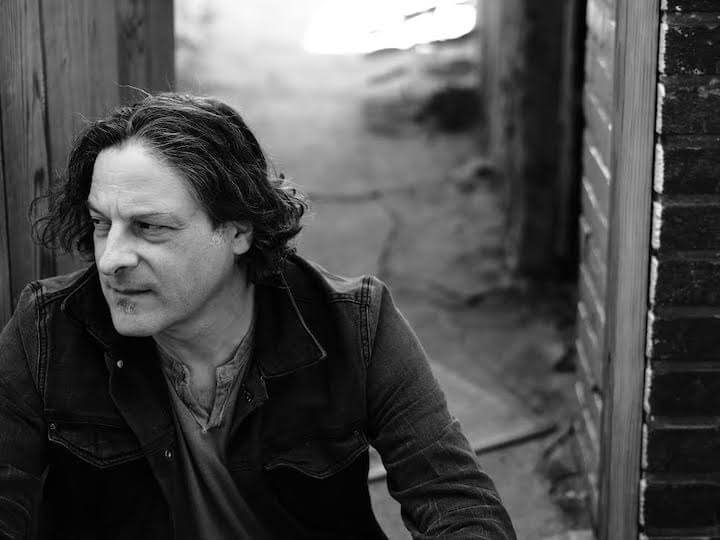 Ben Arnold is a songwriter, musician, performer, and producer. He remains a longtime fixture within the Philadelphia musical landscape. For the last twenty-five years, he has toured throughout the country and Europe. Originally signed to Columbia records in the nineties, Ben has since released countless label supported and independent records over the decades. Always down for the challenge of re-invention and experimentation, he is constantly visiting far-flung points on the musical map. He has been involved with the following collaborative projects: 4 Way Street (Sanctuary/BMG), U.S. Rails (Blue Rose/Europe), the Los Angeles based indie rock band Pistol For Ringo, and David Uosikinnen’s In The Pocket: Essential Songs Of Philadelphia.

His constant output of new material is a testament to the continual growth of his creative muscles as well as a product of the many worlds which Ben Arnold operates. His most recent releases Lost Keys and Sunday Morning Meltdown explore the feel, culture and politics of American music of the sixties and seventies thru the lens of the questions of the here and now.

American Blues Scene: Who are your musical heroes?

Tough question as they run the gamut. Everyone from The Beatles and Stones to Louis Armstrong, Glen Campbell, Mike Campbell, The Ramones & Neil Young, Motown, Stax and Muscle Shoals, Brian Wilson, Brian Eno and Bowie, Bruce Springsteen, and Billy Joel. Also, my mother who was a singer in her younger days, my very talented friends, and the neighbor from down the street from my childhood home who came over to our house to drink Johnny Walker and play our piano. There is very little music out there that hasn’t informed my musical mind in one way or another.

I’ve been writing and recording a carload of demos of songs that may or may not ever see the light of day. I was just out in Los Angeles cutting a few tunes with friends and finishing a record with one of the other bands, Pistol For Ringo. I recorded and shot some video in a large church there. I’ve been working with other friends on their music and just generally trying to keep the muscles moving. I don’t have a thematic goal for a record, so I’ve just been going in whatever direction the moment takes me. I’ve been trying to learn bass and drums over the last year. It’s been way too much fun and very helpful.

Another one of my bands, US Rails has been finishing up a holiday inspired EP and we’re hoping to record a full length record this coming spring. I teach and I do English adaptations of foreign language children’s songs for a few companies on YouTube. I don’t really watch TV and I’m not good at relaxation, so I keep myself pretty busy.

Can you talk about your song “My America”?

Actually, the general 6/8 feel of the music came to me in a green room waiting to perform a couple years ago. I had been putting out a couple records that were very highly orchestrated with big live productions (Lost Keys & Sunday Morning Meltdown) so it just felt good to play this sort of old timey, turn of the century immigrant folk feel. It’s actually continued to send me in a direction of more easily performed solo guitar, Woody Guthrie type songs. The song itself is fairly self-explanatory.

It’s just about the feeling I’ve had as a human in these times; walking out my front door and sensing a lot of change. Some of which is not always right in front of your eyes. It underwent a few iterations but I love where it’s landed. I recorded it over a couple days with my friend Barrie Maguire (Wallflowers, Natalie Merchant) in the summer of the beginning of the pandemic in masks. It was a great escape from reality.

Did you have to reinvent yourself due to the pandemic?

I wouldn’t call it reinvention. I want to continue to survive as an artist. In order to do that, I’ve had to diversify a bit. I’m lucky in that although I do many other things beyond trying to keep a live recording artists career afloat, all of my other work is within the sphere of music. And I actually, I really enjoy it all. In fact, I’ve been busier in the past couple years than in previous times. But no, I still write and approach life from the same point of view. I do wish we could get back on the road in earnest sooner than later. Everything we plan lately, has been canceled.

Can you talk about your songwriting process: Do you write lyrics or does the music come first?

I don’t have any regular process. I have ideas that come on a blank pad of paper and pen. Often, the best ones are the ones in which I have only a title idea in mind. I find that if I just sit with an instrument and play, I’ll end up with a cool verse and no point to make. Music or lyrics can be first. It’s whatever is the inspiration is; a riff or a lyrical idea. That said, when I write a tune, I always do a garage band type demo so I can hear back what I’m saying and playing to see if I believe in it or what needs to change for it to be a convincing piece of art.

Can you talk about the Philly Music Scene? It seems like a great songwriting town.

I’m sure there are some great writers here but I’ve been pretty insular in regard to writing for a long time. My collaborative moments are with the other bands I work within. And in the pandemic, I honestly haven’t seen anyone play in so long I can’t even remember what that’s like! I hope to see some music in the coming year though. I work with Light Of Day, which raises money and awareness for Parkinson’s and related diseases.

We usually gather in January to do a ton of shows and see each other play. And while for a great cause, you really do a get a glimpse of all kinds of new, younger, and older players who you may have never seen before, which I find inspiring. However, all of that is North Jersey based. In fact, just before the pandemic, I got to share the stage briefly with Bruce Springsteen singing “Thunder Road.” That was a memorable moment.

What does it feel like playing shows during a pandemic? Is your music received differently?

What shows I’ve played, both live and live streamed have been somewhat cathartic since they are so few and far between. There are many who took to the web to play every week. I couldn’t bring myself to do that with any consistency. I was sort of slow in getting my social stuff together to warrant it. The audiences have been incredibly supportive and forgiving and generous. Particularly my online folks from Europe.

Everyone is just starved for music in whatever way they can possibly consume it. So, so what if we play New Year’s Eve without a rehearsal. That would have been unthinkable to me in the past. Now, it’s just expected and accepted that there will be bumps in the road. So first and foremost, if I’m gonna bother to get in the car and go play somewhere, or set up the gear and make the time to live stream a show, if it’s not going to be my idea of perfection, I better at least have a good time doing it.

How did the US Rails come about?

We were formed informally from the ashes of our old band 4 Way Street which was signed to Sanctuary/BMG in the very early 2000’s. One of the guys, Joseph Parsons, had a pretty good thing going in Europe and thought we should make a record and see if anyone over there would be interested in supporting it and coming to see us play. That was in 2004, so I guess we did something right. It’s just one more opportunity to hang, write, and play with three people who I respect most for their songwriting, their instrumental skills, and the great time we have hanging out. Nobody gets rich, but we have a good time trying.

You were once signed to Columbia, what was that like?

It was a very short-lived victory. One and done, thank you very much, and not even a footnote in the Chris Schwartz book about Ruffhouse/Columbia Records/SONY. I’m proud of the record we made, but it now seems like literally ancient history. I don’t even really recognize my voice on it. However, I’m grateful that it did introduce me to a limited European audience who still supports me to this day. I still work with Phil Nicolo, who was partner with his brother Joe (The Butcher Brothers) from time to time. He was and always has been my favorite guy from back in those days. It was a fantastic and hard-won lesson in the cold-hearted ways of the early ’90s corporate music biz. The industry is, itself, unrecognizable to me, compared to what is left of it now.

Your song “Change” is my favorite song of yours. How did you write this and how did it come into creation?

Not a clue. I probably just found some clever finger positions on the fretboard and went with it. I think I wrote that in 1996. But thanks!

At this point, I’m pretty over setting what seem to be unattainable goals for myself. I’d like to quit smoking for good. That would be a great accomplishment! In the meantime, I wish only to keep releasing songs people can relate to in some way. I want to keep making music with my friends, helping to pass along as much of what I’ve learned to others as I can, maybe learn to play proper scales on any instrument, form a band with Paul McCartney and Neil Young, and go back in time when the music truly drove the business and sign with one of the following people: David Geffen, Berry Gordy, Sam Phillips, Jimmy Iovine, Al Bell or Clive Davis. Meanwhile, I’m quite content to just keep doing what I do.