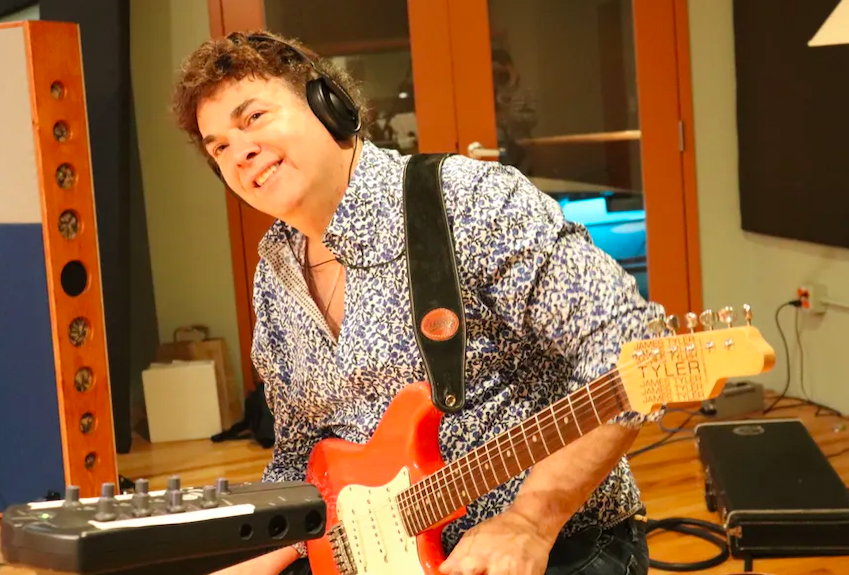 “Will you be my manager?”

Bob Wolfman and I are more than an hour into our interview, and he asks me to be his manager. He’s not a businessman which may explain a lot of questions like why does a guy as talented as he is go all the way through Berklee College of Music when nearly every other working performer I’ve ever interviewed who went to that school stayed just long enough to make a connection with a functioning performing unit on the road.

Turns out Bob wanted to please his parents who, like most parents, want their offspring to have a college degree on their resume as insurance against becoming homeless at 25.

The other big question is why does a 67-year-old creative musician with several albums in the can choose to record an album of Jimi Hendrix covers this far into his career? He has a resume that includes work with people as disparate as Chick Corea, Grover Washington Jr., Joe Beck, Robben Ford, Sonny Landreth, Toni Lynn Washington, and James Montgomery and had a friendship with the late great jazz guitarist Larry Coryell who said this about him: “Bob Wolfman is a terrific guitarist, but more than that, he is a dynamic musician and an energetic, dedicated educator.”

Bob is a Boston-based journeyman who has honed his impressive skills at such Beantown venues as the House of Blues, Sculler’s, Johnny D’s, Night Stage, Ryle’s, Sandy’s, Paul’s Mall/Jazz Workshop, Jonathan Swift’s, Jack’s, Harper’s Ferry, The Regent Theatre, The Hatch Shell on The Boston Esplanade, The Fire House Center for The Arts, and Berklee Performance Center. He is a text book example of an artist from a town woefully underrecognized for its amazing talent pool. One Beantown record exec. once told me that Boston plays second banana to cities like Memphis, Chicago, and New Orleans because its best acts perform in such disparate genres, there’s no focal point to label them with.

But I digress. Wolfman’s new album, Tribute to a Friend, contains nine Jimi Hendrix covers and two originals. Every hotshot kid guitarist from Hot Springs to Hoboken wants to shred his way through “Castles Made of Sand” to show the world that Jimi has nothing on them, brother. Never mind that they at best turn an other-worldly trip to another galaxy into Jello in a jar. So, the natural assumption for a jaded journalist like me is that Wolfman hasn’t attained the kind of success that that Berklee degree promised, so he’s going to ride the PR angle and sell himself as Jimi’s protégé. After all, Jimi bought him a steak dinner when he was 15 in 1969. And that was just the beginning of his mentoring of the young Wolfman. 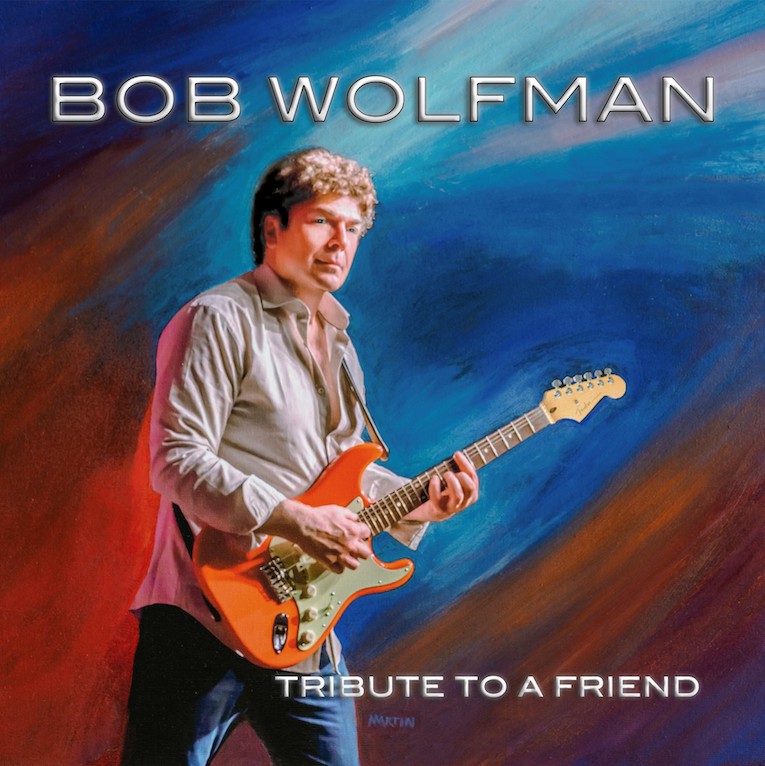 No, this is not another slavish Jimi rehash. First of all, this is a guy originally from the Bronx who is almost as much fun to talk to as another Bronx refugee Dion Di Mucci. We went off on tangents in a two-hour stream of consciousness ping pong game that had him wanting me to hang with him in Massachusetts and he’s asking me only half tongue in cheek to be his manager.

But the 800-lb gorilla in the room is this album itself. Does it sound just like Jimi? No. He uses his adulation of that guitarist as inspiration and turns the songs he covers into reflections of his own muse. He’s more buttoned down than Jimi. I mean, Jerry Garcia sold ties. That doesn’t mean he wore them.

Some musicians might start with songs like “Gypsy Eyes” and “Let The Good Times Roll” and tweak them enough that they wouldn’t even give Jimi credit as the songwriter. I’m not saying that Wolfman travels that far from Jimi’s trajectory into space, but I am saying that there’s a lot more going on here than simple emulation and adoration.

The press release for Tribute to A Friend quotes Keith Richards on Jimi: “Everybody else just screwed it up and thought wailing away is the answer. But it ain’t; you’ve got to be a Jimi to do that, you’ve got to be one of the special cats.”

Wolfman uses that Keith Richards quote to explain that most people don’t get it with Hendrix and says simply, “Even more than the Beatles, Jimi’s poetry, his personality, his energy, his vision didn’t just revolutionize guitar playing; he revolutionized music. Like Keith Richards said about music in the 1960s—everything changed from black-and-white to Technicolor.”

Interpreting Hendrix’s passion, sound, and the various musical devices he utilized is a formidable challenge. “Duplicating Jimi’s nuance is more challenging than any other guitarist I’ve ever tried to copy. Nothing is as challenging as Jimi because it’s all about his incredible touch.”

Wolfman has never been better equipped to do the project justice. “When I was in high school and college, I played a lot of Jimi’s music,” he said. “But now, having had so many more years of experience and training, I have a much deeper level of understanding.”

Does he pull it off? In a word, yes. He’s more grounded than Jimi, and more than half a century after the world first heard Hendrix, Jimi’s flights of fancy have established earworms in all of us. So, one can listen to Wolfman’s covers of “Gypsy Eyes,” “Castles Made of Sand,” and “You Got Me Floating” and appreciate what Wolfman brings to the party.

His serpentine tongue flailing guitar on “Spanish Castle Magic” is an example of his ability to still push the envelope a little further into the 21st century. Jimi had so few musical touchstones. His work is unprecedented even today. It’s not easy to push his envelope further. What he does with his mentor isn’t a retreat, but rather an inspiration.

There are two originals on Tribute to A Friend. “Parachute” is as mellow as a late afternoon breeze and features some wonderful keyboard work by Bruce Mattson whose credits include Gregg Allman Band, Bob Wolfman Band, and the Mattson/Medeiros Band. Nice!

“Moon Candy” features Sonny Landreth on guitar with Wolfman. The two are in similar galaxies.

The album is produced by Jon Butcher whose decades long work with the Jon Butcher Axis makes him the perfect man for the job.

Bob Wolfman feels like I do that Jimi treated the guitar like a new instrument. I use the example that his guitar vs. that of his contemporaries is like hearing harmonica as it was played in the background of TV westerns in the 50s vs. blues harmonica of someone like Kim Wilson, Jr. Wells, or Sonny Boy Williamson. Totally different!

Order Tribute to a Friend