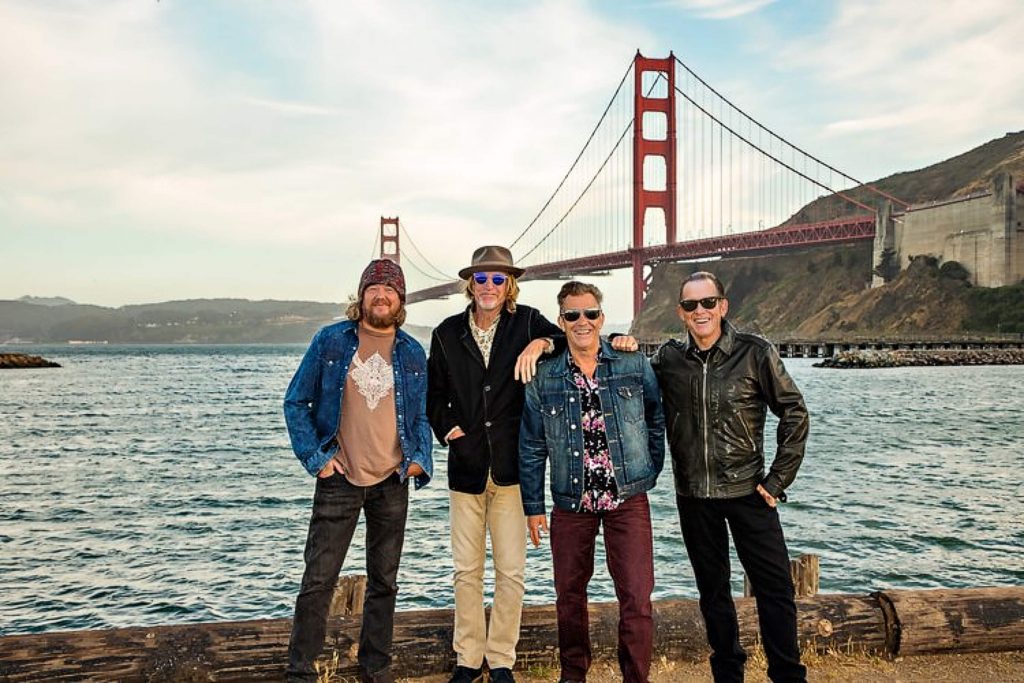 Internationally beloved blues and roots rock guitarist, singer and songwriter Tommy Castro announced dates for his 2022 30th Anniversary Tour, celebrating his new album, the critically and popularly acclaimed Tommy Castro Presents A Bluesman Came To Town. 2022 marks Castro’s 30th year as a bandleader as well as his 30-year association with bassist Randy McDonald. Castro is also celebrating the 10th anniversary of the formation of his current band, Tommy Castro & The Painkillers, with McDonald, drummer Bowen Brown and keyboardist Michael Emerson. 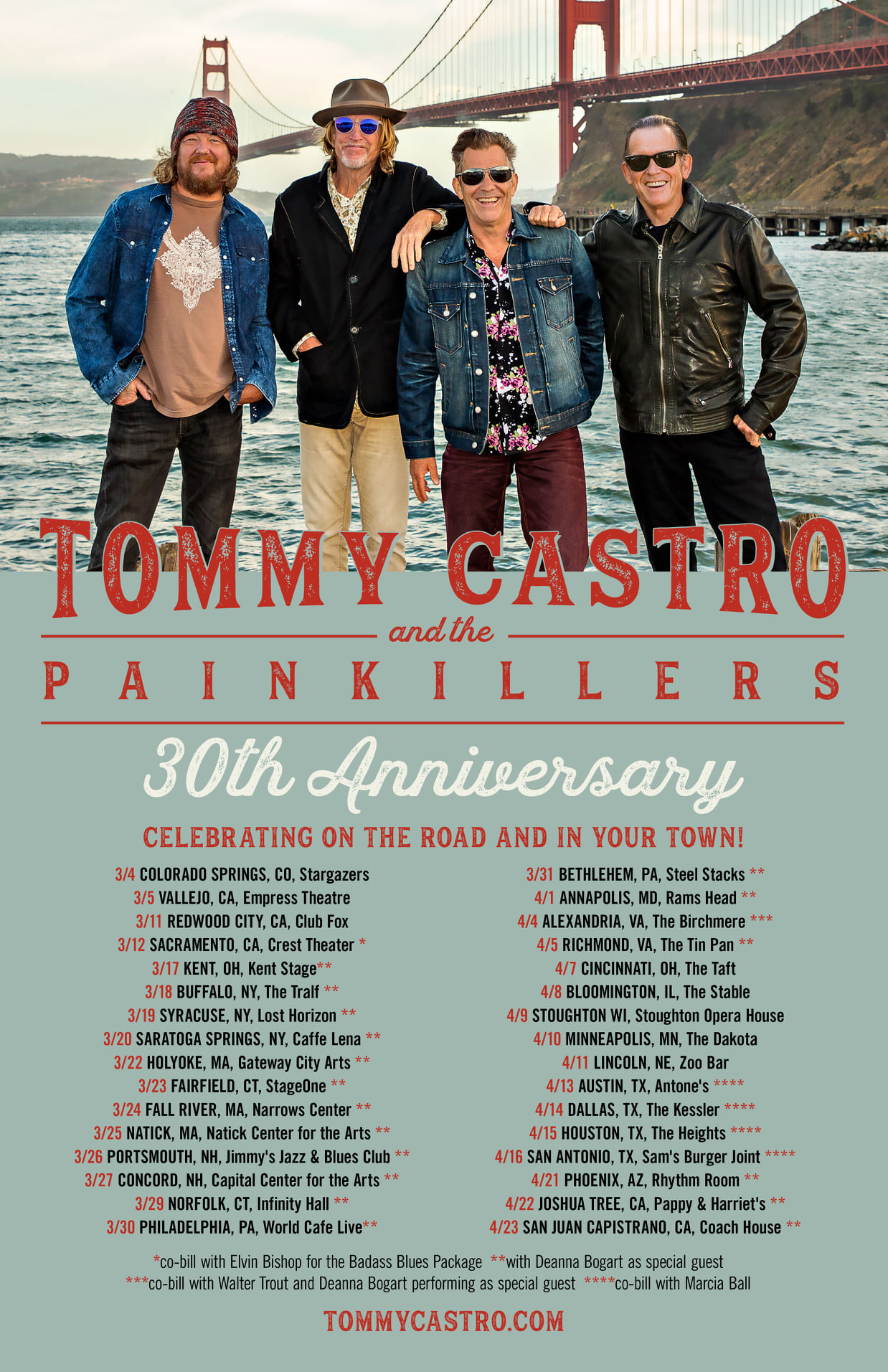 Live, the band will perform material from A Bluesman Came To Town, along with fan favorites from throughout Castro’s long career. The new album is a roots music odyssey. Through its 13 songs, Castro tells the tale of a young man, working on his family farm, who gets bitten by the blues bug. He masters the guitar and heads out on the road seeking fame and fortune, only to find what he’s left behind is the treasure he’s been looking for. “A Bluesman Came To Town isn’t a story about me,” says Castro. “It’s pulled from some of my friends’ and my experiences, though. I’ve seen first-hand for a lot of years what it’s like out there on the road.”

The road is where Castro has made his mark over the past three decades. Talking about his 30 years as a bandleader, Castro says, “When Randy and I started out playing blues joints and bars in San Francisco in the early 90s, we had no idea what kind of a ride we were in for. I’ve always been inspired by all the old blues guys and now I’m one of them. I look forward to the next 30 years!” McDonald adds, “We’ve lasted longer than all our marriages combined, and we’re still rockin’ somewhere nearly every night.”

Throughout his long, constantly evolving career, Castro has always remained true to himself while exploring, growing and creating new music, and he has taken his thousands of devoted fans right along with him. Ranging from horn-fueled R&B to piping hot blues to fiery, stripped-down rock ‘n’ roll, each of his 16 albums is solidly built on Castro’s unshakable musical foundation—a dynamic mix of 1960s-influenced guitar-fueled blues, testifying Memphis-soaked blue-eyed soul and Latin-tinged East San Jose funk, all driven by Castro’s grab-you-by-the-collar vocals and passionate guitar work.

Castro joined Warner Brothers’ artists The Dynatones in the late 1980s, performing all over the country. While in the band, he met and befriended McDonald. With McDonald on bass, Castro formed the first Tommy Castro Band in 1992 and has not stopped touring since. In 1995, soon after releasing his first album on Blind Pig Records, The Tommy Castro Band was selected as the house band for three seasons on NBC Television’s Comedy Showcase (airing right after Saturday Night Live). The show brought him in front of millions of viewers every week and cemented his reputation as a not-to-be-missed, nationally touring live performer.

After a series of successful releases on the Blind Pig, Telarc and 33rd Street labels, Tommy Castro joined Alligator Records in 2009. His label debut, Hard Believer, was released to massive popular and critical acclaim. With the album, Castro won four of his six career Blues Music Awards, including the coveted B.B. King Entertainer Of The Year Award (the very highest award a blues performer can receive).

In 2012, Castro formed The Painkillers and released The Devil You Know. The album was embraced by his legion of fans and discovered by hordes of new ones. He released Method To My Madness in 2015, Stompin’ Ground in 2017, and the irresistible Killin’ It–Live in 2019, with critics shouting praise and admirers cheering the group’s every move. The band has coalesced into one of the telepathically tightest units Castro has ever assembled, delivering soul-shaking, muscular music that makes them one of the most in-demand live roots music acts performing today.

During the 30th Anniversary Tour, Castro will be teaming up with some other heavy hitters. In Sacramento on March 12th, Castro will co-bill with Elvin Bishop for the Badass Blues Package. On 19 stops, Deanna Bogart will be his special guest, including on a co-bill with Walter Trout in Alexandria, Virginia on April 4th. As the tour rolls through 4 stops in Texas, Marcia Ball will be joining the co-bill.