Eric Gales on ‘Crown’ Zeroes in on Who He Is 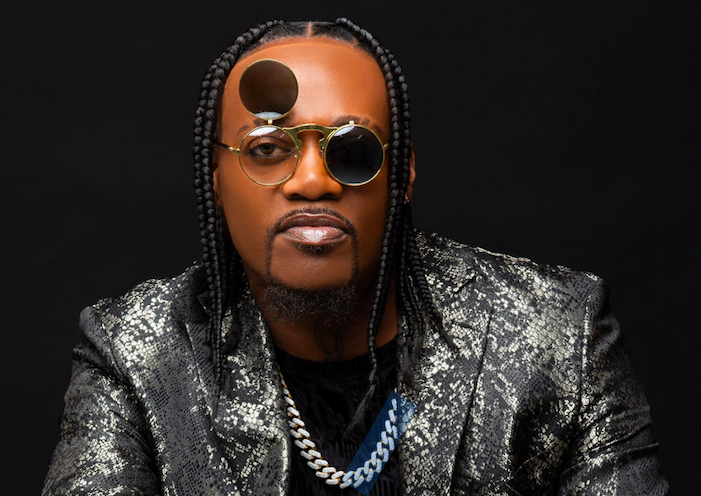 I had just told Eric that his new CD reminds me more of Sly and The Family Stone than Jimi Hendrix, not necessarily in the way it sounds but more in the way it pushes the listener into a new way of accepting black and white influences all in the same songs. People didn’t understand Sly’s mindset either, but, as Janis sang, if you get it, it makes you feel good.

“Right, you’re right,” Eric says “That’s fucking crazy. We didn’t talk about Jimi Hendrix (earlier in this interview), but I often give the same answer.” I asked him if his early resemblance to Hendrix and the buzz about his being a Hendrix protégé helped him more or hurt him more.

“I think it’s done neither. It helps some,” he says today upon the release of his latest album Crown. “At the end of the day, to me Hendrix was it, and I’m just trying to be the best (musician) I can be, and I just feel having my name in the same conversation with his – in the same sentence – is one of the ultimate compliments in the world. So, I feel like it compliments me because I can only let something get to me that I allow to get to me ’cause do I get tired of the reference here and there. There are times that I do and times that I don’t. and there are lots of times that it doesn’t bother me at all.” 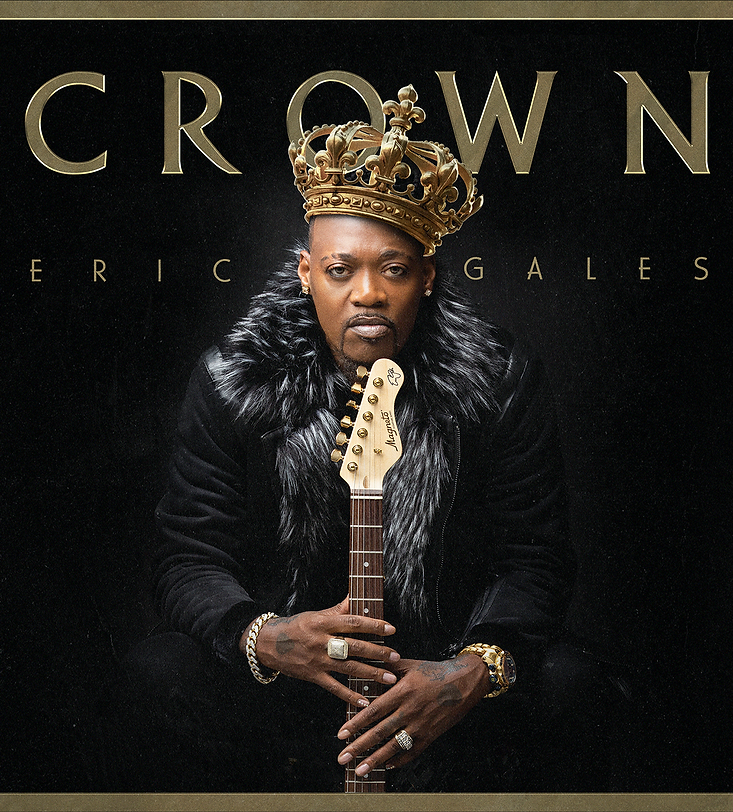 The Hendrix connection has been a double-edged sword with Eric for decades. Like Jimi, Eric plays a right-handed guitar “upside-down” but is not naturally left-handed. He was taught by his brother, who is left-handed. “That’s just coincidental,” he says. “I had no idea which way they were playing. I just picked it up.” He has been a featured guest touring with the Experience Hendrix Tour and has guested on Blue Haze: Songs of Jimi Hendrix (2000), Power of Soul: A Tribute to Jimi Hendrix (2004) and Billy Cox and Buddy Miles, The Band of Gypsys Return (2004.)

“The guitar is definitely an extension of me. I believe you can get a vibe or mood or mode or personality or whatever that may be going on just by my playing.”

On Crown Eric rails against racism. It follows the pattern of the last two or three albums in addressing social issues of a man who doesn’t understand why the color of a man’s skin should preclude how he’s treated — a truism!

“Most of the last records have a similar message. Bookends (2019) and Middle of The Road (2017) are both autobiographical records basically, and it’s the story of my life and the things I’ve been through. So, I’m basically on the same path. It’s just got a little bit deeper.

“I had to not be afraid, man, to address things that are currently happening in this world that most artists might have strayed away from, and I’m so thankful I had somebody like (co-writer and guest guitarist) Joe Bonamassa right by my side while doing this. They (Joe and fellow co-writer Josh Smith) pushed me harder. ‘Eric, you have some things to say, and we should say it.’

“The guitar playing was secondary. One would have thought the collaboration with Josh and myself would have been a very heavily (produced) records. That’s not the case. I have a few on there where I solo for two or three minutes, but the main focus was the solo contents and the message that needs to be gotten out there and I’m very thankful that it was done in a way that I’m not preaching to people.

“I am just trying to have a conversation with people, and the intent of this whole record was to have a feeling that the listener has been on a trip that has taken them to 15 different destinations, and by the end of it you feel well-informed. You feel sustained. You feel well-knowledged, and you feel you know a little more about the artists than you did before.”

Eric cuts to the quick in his message: “Don’t take any shit from anybody and at the same time love your fellow man as you love yourself. That is simple, very, very simple, man. I mean, color never had nothing to do with nothing. Everybody was cool. Everybody was all right. Things have never been properly addressed by the powers that be – if you want to call them the powers that be – because things have been happening for five to 600 years. You know what I mean? And if we don’t do something, it’s gonna continue to keep happening. I guarantee it’s not lost that we see it happening. That’s what’s causing the rage.

“I mean, we all (Bonamassa, Smith and Gales) collectively worked on everything. They oversaw everything. They got together with me and helped me make the best record that was for me. I turned to them for things and some things that they had to kind of convince me on, but at the end of the day it worked out.”

What was the hardest sell?

“Mmm. Doing things vocally, but I told them at the beginning, I may get frustrated with y’all, but don’t take the pressure off ’cause that’s what I need. Keb’ Mo’ co-wrote a lot of songs. He was there helping with the lyrics and the vocal performances. He was there for the whole thing. I will never forget him, and I will always share with him. I can’t wait to work with him again.”

Tom Hambridge co-wrote three or four songs. “I was saying to him, I love that song (“Skin Deep” co-written by Tom Hambridge and Buddy Guy), and he’s the same way. I told him my story, and what we wanted to do and we made it happen.”

Overcoming drug addiction five years ago has been a heavy influence on Eric’s music, less prominent in Crown, but nevertheless an inspiration. I asked him how hard it is to stay clean and is the music he produces one of the strongest ways that you do it.

“I would say yes, that the music is. I put my mind to it, and I’m not going backwards.”

Was the first step the hardest?

What did being incarcerated do to help him or hurt him in that journey?

“It just let me know that’s somewhere I don’t want to be again.”

How bad was it?

“It was pretty bad. Think about it. It was bad. There’s not much in depth I want to go into it.”

In 2019, he’d been clean for less time, and he was more open about it. “I don’t know what is the cause. There’s different reasons that cause different individuals to get involved with something. They may be trying to escape something, mask something, hide or cover up something. I don’t know, but one thing music has never left me, and it was always there regardless of being high and all that stuff. So, I definitely attribute a lot of the areas that I’m able to go to myself.

“I can listen to music that’s really awesome as a refuge. So, again, I think each and every individual has different reasons that push them or lead them into something that is ultimately a negative thing. In the end, I just hope and pray that you make it out alive.”

Eric also plays guitar on Mike Zito’s new album Blues For The Southside. “He just happened to show up,” says Zito. “He had a rehearsal night in St. Louis for another show, and he came out. I said, ‘Do you want to play?’ He goes, ‘Yeah.’ And he came up and said, ‘What are we gonna do?’ I go ‘I know exactly what we’re gonna do. Let’s do this (“Voodoo Chile”)’ There you go. 12 minutes.”

In my interview with Mike Zito I told him I love Eric’s energy. He’s so happy that he shook drug addiction.

He’s almost made that his mantra. I think that’s great.

I asked Eric how much of his image is bling and how much of it is really him? With all the gold, he reminds me of Isaac Hayes. I can remember interviewing Isaac Hayes. He was nothing like what his persona was.

Eric was born October 29, 1974 in Memphis, the fifth child in the family. He released his first album, The Eric Gales Band, on Elektra Records when he was 16. Crown is his 18th release.

He knows who he is!