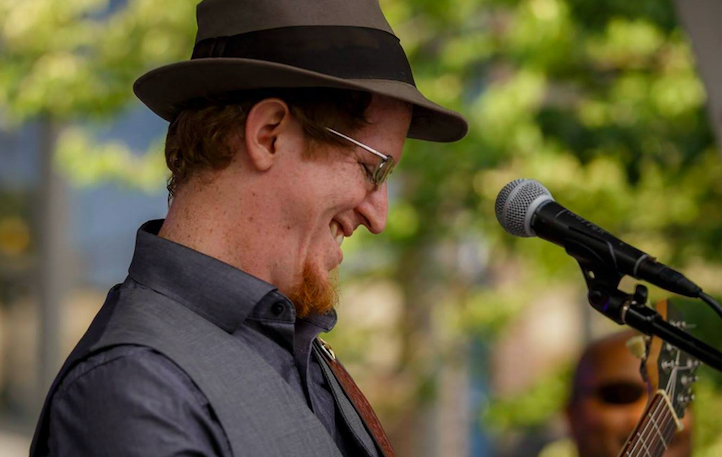 Do you know what the Dunning-Kruger effect is? Anthony Moser does. He wrote a song about it called – aptly enough- “The Dunning-Kruger Effect.” It is the lead song on his album, The Casual Fact, an album full of observations of the world around as told through music. Sometimes amusing, sometimes troubling, sometimes bluesy, sometimes jazzy, and always interesting.

If you like songs with a philosophical bent to them, songs about what we see and hear in media – social or otherwise – then this is an album you will want to listen to. 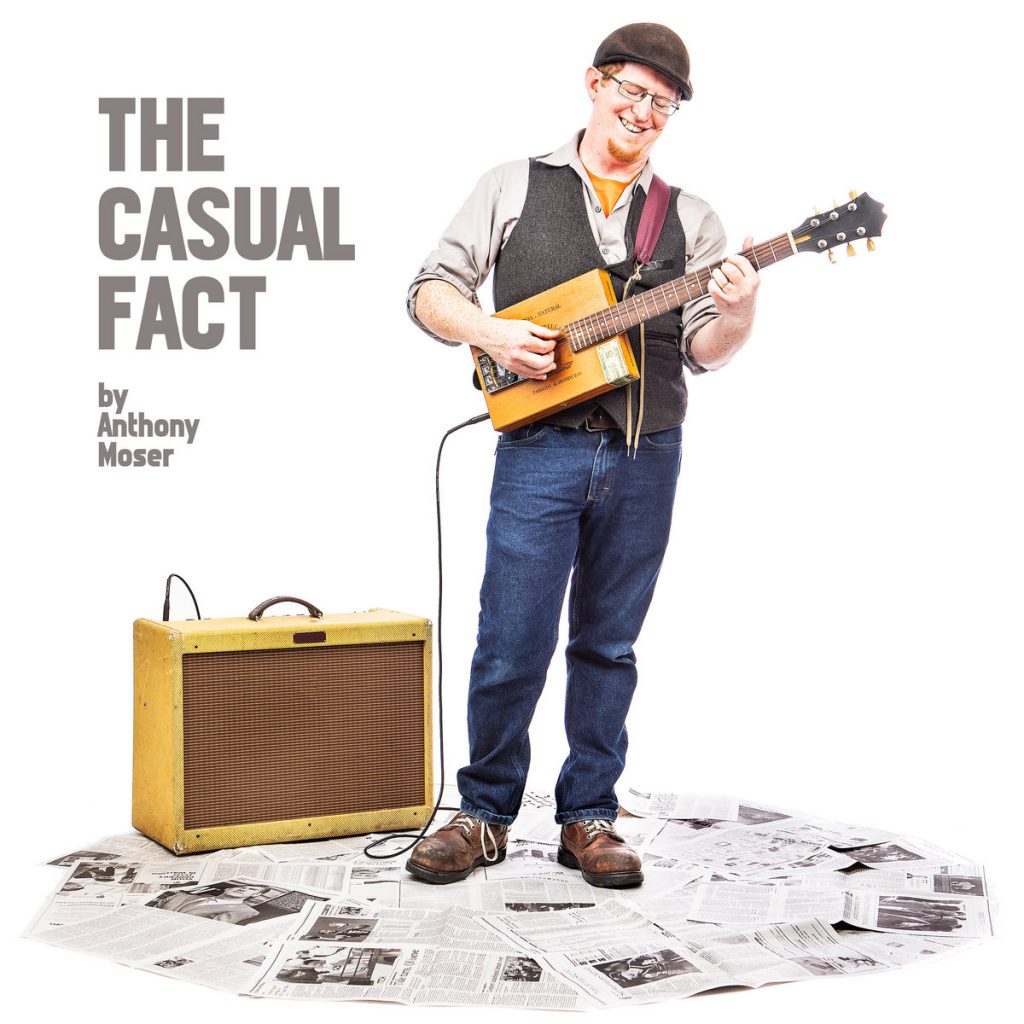 Walter Lippman’s Public Opinion was Moser’s inspiration when putting songs together for The Casual Fact. The title comes from Lippman’s observation that people take the casual fact, the creative imagination, and the will to believe and then construct their own reality.

According to Moser, “People will take one little snippet of something, a meeting that was held, something that was said, then it is removed from all context and then it is attached to their existing beliefs. Then it serves to justify the stories they are telling themselves. And then they react to it. Violently sometimes.” The casual fact, according to the title song, is “so easy to know (because) you just see what you want.”

The songs chosen for the album focus on themes that are socially relevant, a commentary on the times, if you will. Was that intentional or did it just evolve that way? Moser says it is a little bit of both. “It’s just my nature. What people write about comes from what they are thinking about, I guess. A lot of people are out there writing love songs, which I guess is where they are at, what they are going through, or what they are experiencing. And that’s great. So these (songs on the album) are just the things that are on my mind. It’s the stuff that I see around me and I want to find a way to articulate it.”

In case you are wondering, the Dunning-Kruger effect is a type of cognitive bias in which people believe that they are smarter and more capable than they really are. Think Cliff Clavin’s endless supply of “little known facts” on Cheers. Or the advice dished out in any of Red Green’s handyman hints. But Moser reminds us not all examples are amusing. Someone who proclaims, “I can drive better than most despite all the wrecks,” is not the person you want to be your Uber driver.

One of my personal favorites is the jaunty, jazzy, “Who’s To Know?” — a song that asks what truly constitutes a fact. In a world where “reasonable people can disagree about what reasonable can be,” well – who is to know?

Moser says “The Police And Me” was written “right after Ferguson and Michael Brown. Sadly, it’s not getting any less relevant.” It catalogs events that raise questions about whether police procedures are designed to protect the public or the police themselves.

If you look up the definition of “ditty” in the dictionary you might find Moser’s “Morning Song” as an example. It is short, simple, and yet exalts in the simple joy of awakening in the morning, of breathing, of seeing the sun go down. In short, the song is about the simple joys of living.

The Casual Fact is Moser’s first album and he says it has been “in the works for too long, honestly.”

“When you are in the early stages of (being a performer),” he explains, “you kind of have to scrape together what you can. You put together what you can; you do what you can with limited resources. You have to have something to sell at your show, you know. My previous stuff (EPs) I’d think ‘I have to put something out. I have to crank something out.’ This time I was like, ‘I’m not going to put it out until it’s done, the way I want it to be. Really make sure it looks right and sounds right.’ And then life being what it is, it kind of slowed things down.”

The Casual Fact was produced by Moser’s good friend Anthony Ablan and recorded at Ablan’s Pieholden Studios. Moser handles guitar and vocals and is accompanied by Andrew Pilacoutas on drums, Nik Skilnik on bass, Marty Sammon on keyboard, Chris Neal on sax, and Johndavid Provitt on trumpet.

Is there another Anthony Moser album in the works? He is not sure. The demands of a day job, family life, and the expense involved in putting out a quality album dictate that if he does, it might once again be “in the works for too long.” But in the meantime, he has shared a pandemic inspired single he is still working on called “Hello. How Are You Doing? I’m Not Well.”