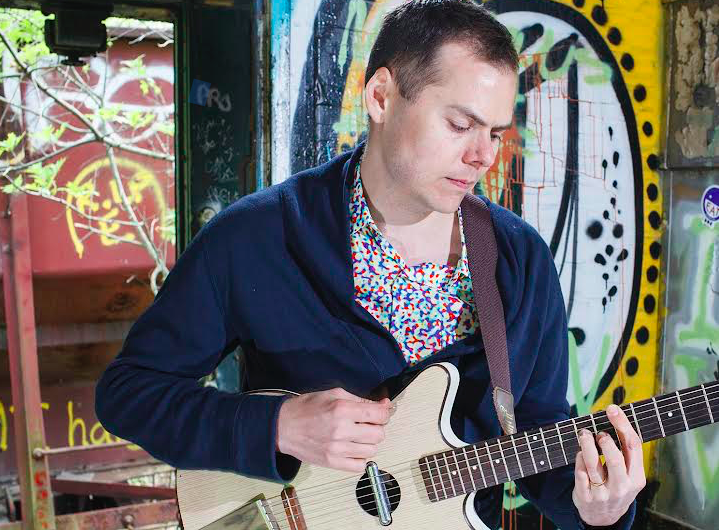 David Heatley, better known to the public at large for his work as a cartoonist and animation director, is fresh off the release of his full-length solo debut. Life Our Own Way contains fifteen songs, each telling a unique story in a unique musical style. Each started as a melody or lyric fragment hazily remembered from songs that were playing in Heatley’s dreams. During the initial lockdown of 2020, Heatley felt a torrent of pent-up creative energy and wound up finishing a dozen of these dream songs, creating multi-screen video demos that he would post to his friends on Instagram and Facebook. 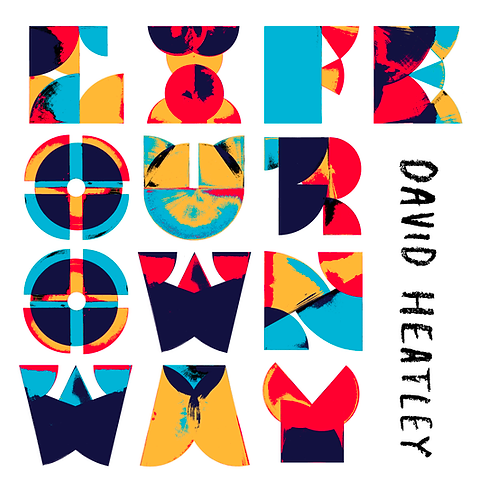 When he sent these to iconic producer Mark Bingham in 2021, along with a fan letter about the work Mark had done with legendary oddball musician Peter Stampfel, a correspondence began. Before long, Bingham invited him down to Louisiana to work together in his studio. Mark did some musical arrangement and assembled a fitting group of players, tailored to each track. Over the course of two weeks, the album was recorded and a couple months later, it was mastered and ready for release.

Heatley’s illustrations and drawings have appeared on the cover of The New Yorker, in every section of The New York Times, and in numerous other publications, including Nickelodeon, McSweeney’s, and Best American Comics (cover artist 2007). He’s the author of My Brain is Hanging Upside Down (Pantheon, 2008), AMY (Desert Island, 2019), and Qualification (Pantheon, 2019). A television adaptation of his graphic memoir Qualification, co-created with Adam Resnick (Letterman, Get a Life, Larry Sanders Show) and produced by Gaspin Media, is currently in development.

Premiering exclusively today is the wonderfully animated video for “On Your Side,” a duet with Tif Lamson. Heatley directed the video, illustrated by Olga Shtonda and animated by Hadi Tabasi and Mohammad Hossein Tabasi. Mark Bingham himself plays guitar and synth parts that match the beauty of both the vocals and the ethereal nature of the song.

In a recent interview with ABS, Heatley enthused that Tif was “The heart beating at the center of this whole record,” and that Mark’s “George Harrison-inspired solo totally makes the song what it is.”

“On Your Side” is one of my favorite tracks on ‘Life Our Own Way.’ Tif Lamson brought so much tenderness to the vocal, and the sentiment I was hoping for really came through. I’ve always had a lifelong urge to try to protect and care for people who, like me, are survivors of some kind of trauma, so that’s an undercurrent in the song.

But it’s also just a sweet ode to falling in love, extending yourself and hoping the one you love will trust you and love you back. By some kind of dream logic, it made sense to make the music video about a Louisiana swamp girl meeting a shy, sensitive ghost boy. And the guitar solo by Mark Bingham brought to mind both swimming with underwater creatures and soaring above the clouds.

Life Our Own Way is out now on all streaming platforms via Dream Puppy Records.