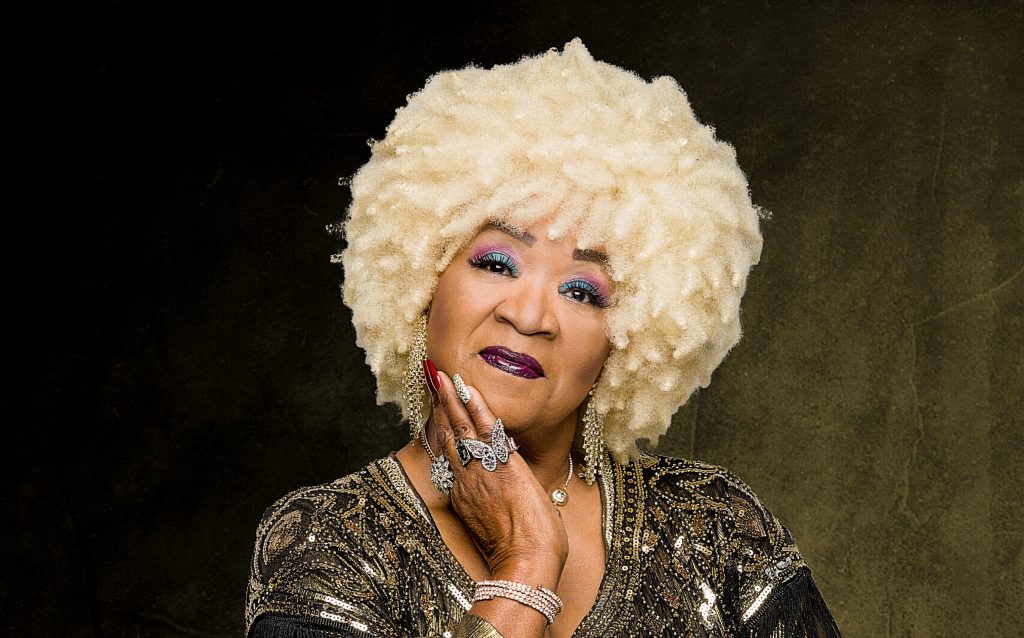 The words “powerhouse,” “charismatic,” “Diva” and “Dynamo” are often bandied about when describing talented female vocalists and performers, but few are more deserving of such accolades as thirteen-time Blues Music Award nominee, Trudy Lynn. On the eve of her 75th birthday and 57th year in show business, Lynn is set to release her 18th full length album Golden Girl. 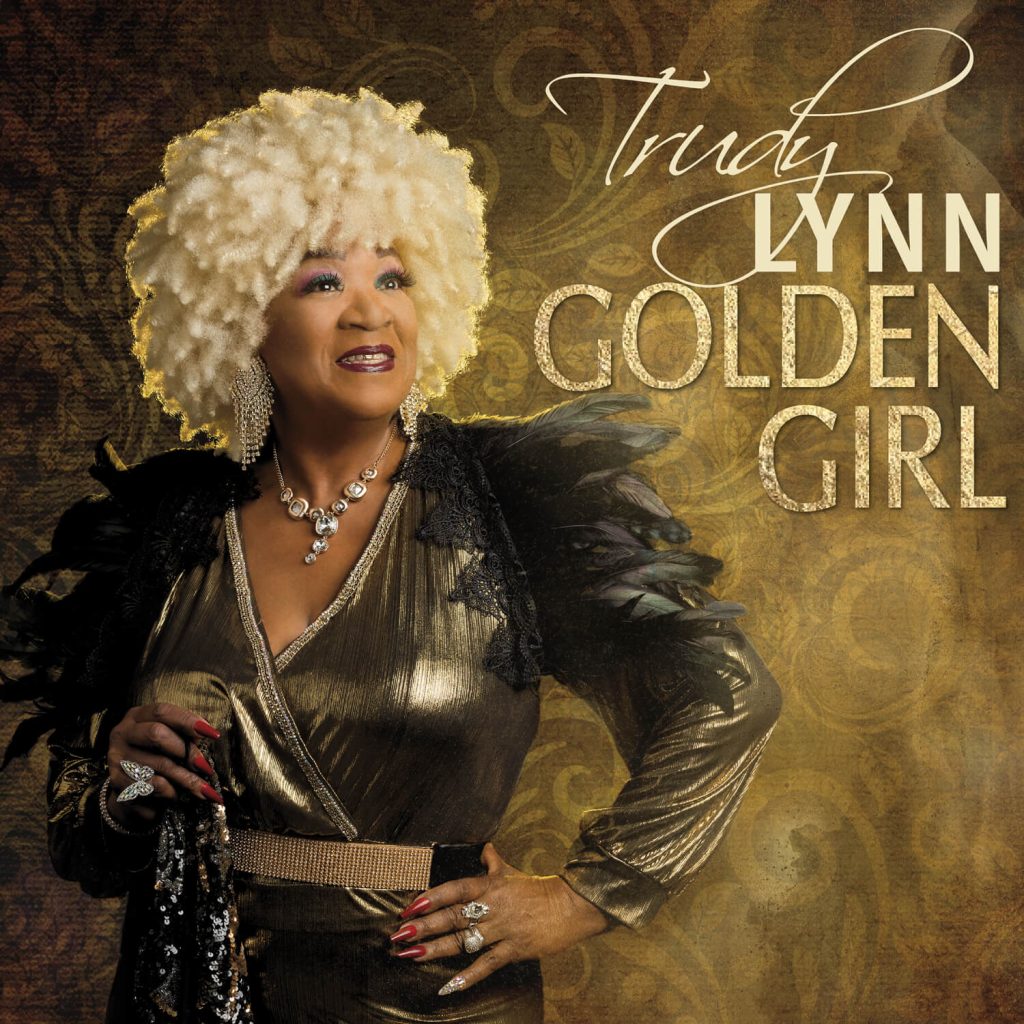 The eleven new tracks of classic R&B, Soul Blues and Torch songs find Lynn full of the fire and sass that first earned her attention and acclaim on the Houston music scene. Lynn teamed up with Grammy nominated producer, songwriter, and original Rhythm Tramp Terry Wilson, for sessions in Houston and L.A. They recruited a set of A list players to flesh out the arrangements including guitarists Anson Funderburgh and Yates McKendree, drummer Brannen Temple, the vaunted Kevin McKendree on keys and horns from Darrel Leonard and Mario Calirewith Wilson himself holding down the bass line. Special guest Teresa James adds her Texas vocal flair to the album and old friend Steve Krase drops in his signature blues harmonica.

The opening track, “Tell Me,” is a rough and ready lo-fi modern funk rocker with gritty guitar from McKendree and Lynn lambasting her lover’s wandering ways. Lynn pokes fun at herself and the prat falls of aging on the shuffling “Golden Girl Blues,” a classic bit of vaudeville punctuated by bawdy horn jabs. The edgy guitar riff on “If The Phone Don’t Ring” has a distinct Albert Collins vibe with layers of horns and haunting harp from Krase. A slippery second line beat from Temple; greasy blues harp and a touch of roadhouse piano punctuates the sage advice from Lynn on “I’m Just saying.” She then explores the emotional depths of her alto on the soul ballad “Is It Cold In Here.” Krase kicks off the blues party “Trouble With Love” that features hot licks from Funderburgh and saucy barbs from Lynn.

The classic number “Take Me Back,” does exactly that, as the horn driven Joe Turner styled swinger hearkens back to early 50’s R&B. Wilson and Teresa James back up Lynn on the contemplative groover “Live With Yourself,” with a Reverend Al Green/Hi Records feel. A bouncy Bo Diddley beat fuels the dynamic examination of love on “Heartache Is A One Way Street,” and more great guitar from Funderburgh propels the Texas Blues “I Just Can’t Say Goodbye.” The slow blues lament “Life Goes On,” closes the set with passion, drama, and classic style.

Born Lee Audrey Nelms in Houston’s Fifth Ward, Trudy Lynn comes from strong musical stock. The late Al “TNT” Braggs, one of Houston’s most electrifying R&B vocalists and a songwriter for Bobby “Blue” Bland was her cousin. Growing up, she and her five siblings would gather on their porch to sing for the neighborhood. By high school, she was a member of the choirs and jazz groups, even joining Archie Bell as one of the Drells before they took off. Albert Collins was the first to get her on the stage while still in high school; after singing “A Change Is Gonna Come” and “Money,” Lynn knew she had found her calling.

After graduating from high school, Lee Audrey went to Lufkin, Texas. Her cousin took her out to a white venue, the Cinderella Club, where she made sure the club owner knew she could sing. When called to fill in for their regular singer, she needed a stage name. She saw the name “Trudy” amidst the other writings on the wall and Gloria Lynne and Barbara Lynn also inspired her new name.

In 1973, Sinett Records issued her debut 45 pairing “Long Live the Blues” and soul ballad “What A Waste,” produced by the late Oscar Perry. Her next entry into the studio was with producer Huey P. Meaux, the now-infamous Crazy Cajun, where they did a recut on the Monkees’ song “I’m A Believer.”

Lynn’s next label association was with Atlanta-based Ichiban Records. After doing a few gigs with her band, guitarist Gary B.B. Coleman, one of Ichiban’s primary artists and producers, recommended her. In 1989, Lynn’s Ichiban debut album Trudy Sings the Blues was released.

After European releases for Ruf and Isabel and Memories of You on Jus Blues in 2002, Lynn entered into another long-standing label relationship with Connor Ray Music. The late Jerry Lightfoot introduced her to label owner, harpist Steve Krase, and she was given the creative freedom to write new music while still recording select vintage covers. Her acclaimed Royal Oaks Blues Cafe (2013) reached #1 on the Billboard Blues Chart.