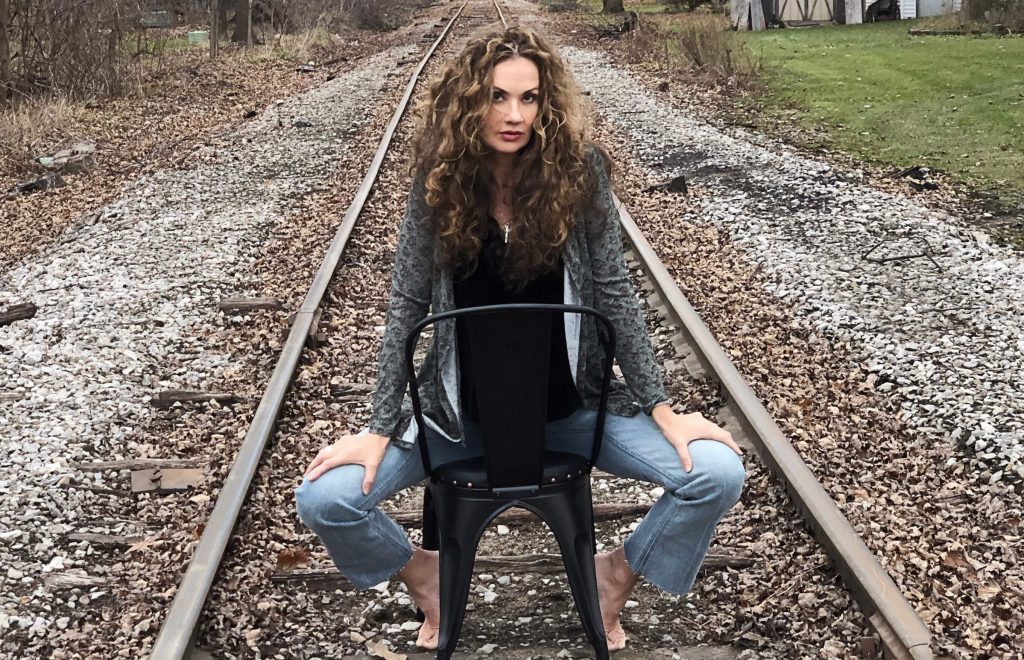 With her feet planted on both sides of the blues-rock divide, Fuchs is one of the fiercest voices in modern-day roots music. She’s equal parts soul singer and blues belter, funneling her own story — a tale of small-town roots, family tragedy, trials, and triumph — into the amplified anthems and haunting ballads that fill albums like Bliss Avenue and Love Lives On. With her newest project, Borrowed Time, she digs deep into her southern rock upbringing, saluting the loud, guitar-driven sounds that sound-tracked her childhood years in rural Wildwood, Florida.

Wildwood was a small place for someone with such big ideas. Raised by an outspoken family of Irish-Catholic New Yorkers, Fuchs didn’t fit in with the conservative culture of her hometown, and she developed a rebellious reputation at a young age. Music helped level her out. “My first-grade teacher took me under her wing,” she says of those early days in the Deep South. “I just loved music, so she took me to her Baptist church on the black side of town, where I was exposed to a lot of soul. That sound stuck with me.”

Equally influential were the bands that her older siblings preferred, from British classic rockers like The Rolling Stones and Led Zeppelin to American acts like Lynyrd Skynyrd. This was music that sounded like home, full of gospel-sized grit and bluesy bombast. At the same time, it offered a glimpse of a larger universe that lay beyond Wildwood’s borders. At a young age, Dana learned that rock & roll wasn’t the story of the American South. It was the story of the modern world.

Borrowed Time explores similarly universal territory. Arriving several years after Love Lives On — her tribute to Memphis staples like Stax/Volt, Hi Records, and Sun Studios, with groove-driven soul songs that served as a backdrop for personal lyrics about her family’s struggle with addiction and mental illness — the new album gazes outward, replacing the autobiographical spirit of previous records with tracks that follow other characters’ paths.

This is my first time telling so many other people’s stories. Over the past two years, most people have realized there’s no going back to normal. And really, do we want to? I went back to school and had a baby during the pandemic, so I hope I’m coming from a greater place of wisdom and empathy when I create music now. It was time to get out of myself and deliver songs from another person’s viewpoint. We’re all on this planet together, after all, living on borrowed time.

“Nothing You Own,” with its rasped vocals and guitar arpeggios, was inspired by a report about impoverished South Africans in a Cape Town slum, while the mid-tempo “Call My Name” turns the tale of two women riding out the Liberian War in a refugee camp, into a universal story about love and companionship. “Double Down on Wrong,” which opens the album with rock & riffs and four-on-the-floor percussion, even takes aim at the politicians who’ve sown distrust and discord into our everyday lives. To find a musical backdrop for those stories about beauty, suffering, and humanity, Fuchs let go of the reins at Tom Ruf’s behest, and hired an outside producer for the first time. She found a “walking encyclopedia of all genres of music” in producer Bobby Harlow, who encouraged her to focus not on the genre-bending mix of influences that permeated her earlier work, but on the rock & roll that first captivated her attention back in the Bible Belt.

Along with bandmates like bassist Jack Daley and guitarist Jon Diamond — the latter of whom had taken Fuchs under his wing during her early days in New York City, guided her early exploration of blues music, and co-produced her first four albums — Fuchs headed to snowy Michigan. There, joined by guitarist and recording engineer Kenny Tudrick (The Detroit Cobras), drummer Todd Glass and keyboardist Jordan Champion, the group recorded Borrowed Time in eight inspired days.

We tracked everything live, and it was our first time recording an album with another guitar player. We were going for that rootsy, Stonesy rock & roll sound, so it was like having Ronnie Wood and Keith Richards in the band. The guys would just start jamming, and suddenly, a song that was written on acoustic guitar would turn into this big rocker, and we’d record it on the spot. The most takes we did of a single song until we got it right was three. It was the fastest album I’ve ever made.

For fans who first discovered Dana Fuchs in the off-Broadway musical Love, Janis (where she portrayed Janis Joplin) or the Golden Globe-nominated film Across the Universe (where she sang The Beatles’ “Helter Skelter”), Borrowed Time also makes plenty of room to highlight her show-stealing voice. The UK’s Classic Rock Magazine praised those vocals as “juke-joint dirty and illicit, evoking Joplin, Jagger and a cigarette bobbing in a glass of bourbon,” while PopMatters enthused, “Dana Fuchs has one of those unmistakable voices, one perfect for exploring the confluence of blues and soul, the places where Otis Redding and Janis Joplin rub elbows and where the night and smoke get thick.” The praise is well-deserved, with Fuchs turning Borrowed Time into a showcase not only for her raw, rock-inspired rasp, but also the southern twang of “Lonely Lie” (“that’s my tribute to Lucinda Williams, who took country to this this dirgey place that I love,” she says) and the gruff, Springsteen-sized delivery of the album’s title track.

You can take the singer out of Wildwood, but you can’t take Wildwood out of the singer. Decades after her musical awakening in small-town Florida, Dana pays proper tribute to the sounds of the south — particularly the loud, seat-shaking slash-and-burn of rock & roll — with Borrowed Time. “In my genre, you’re never going to do a show without someone asking for ‘Freebird,'” she says with a laugh. “Instead of covering Skynyrd, I just made my own southern rock album.” Borrowed Time also finds her reuniting with Ruf Records, returning Fuchs to the label’s roster after the independent release of Love Lives On.

With songs that emphasize support and sisterhood during times of struggle, Borrowed Time is an album for the present, inspired by the incendiary music of the past. “This marks the beginning of Chapter 2, in music as well as in life,” says Fuchs. “I’m going out into the world and writing about the people who share it with me. My own story is always going to be in there, too, but this is the first album where other people’s stories are informing my own emotions.”