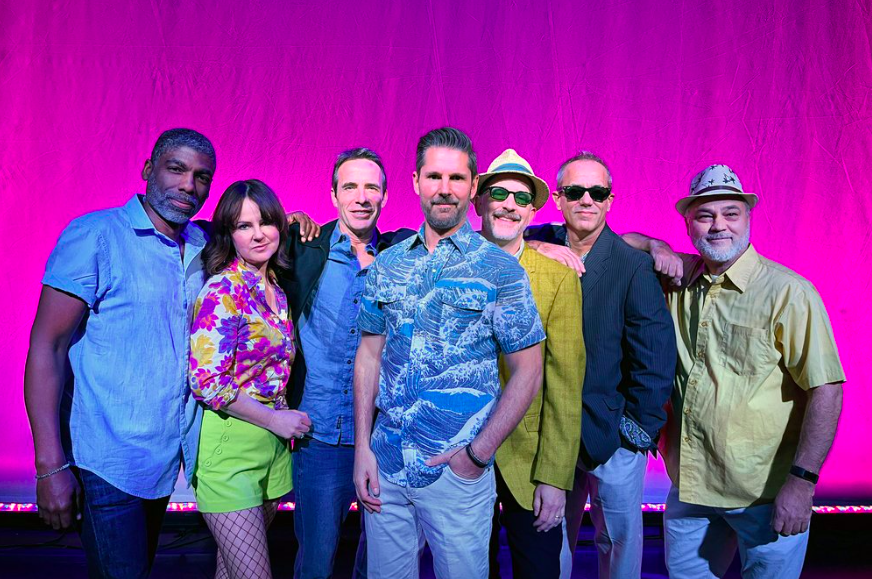 Does it get any better than walking along the beach in the evening with the waves gently lapping at the coastline? How about watching the sun go down over a watery horizon? Did you ever get a peaceful feeling just thinking about the times you spent at the beach with a loved one? If so, Treasure Chest by Nero Simon and the Sunsetters just may be for you.

The title song starts out with the line, “We said ‘I love you’ for the first time on the Seven Mile Bridge.” You can’t help but think about the first time you fell in love, even if it wasn’t on the way to Key West. And thinking back, you may recall how your love came undone and how all your dreams for a future together fell apart. If you are fortunate enough, the two of you may meet again and try to unlock each other’s hearts. The keys are in a treasure chest buried in the sand somewhere south of Islamorada. Or so the title song tells us.

“When The Lovin’s Good” tells us that when it is good, you just can’t forget about it. The same could be said of the song itself. Chances are it is one that will pleasantly get stuck in your head. It captures the joy of finding the one you believe is destined to be your soul mate. Yet if “When The Lovin’s Good” celebrates falling in love, “Baby It’s Goodbye” laments the ending of that love affair. Altogether, the album takes us through the highs and lows of falling in love, finding escape, making bad decisions, and starting it all over again. It ends with making love out on “Thunder Island,” a cover of the Jay Ferguson 1977 hit.

The music of Nero and his Sunsetters is a bit reminiscent of Dave Matthews or Christopher Cross, and there are hints of soft California rock. However, their sound is more suggestive of southern Florida. This is no doubt due to the fact that the New York-born Nero started playing a Fender Stratocaster as a teenager and spent his time wandering the Florida coast from Ft. Lauderdale all the way down to the Keys. Nero’s search for music and sunshine during those travels are evident in his lyrics.

The past ten years or so has found Nero calling Atlanta home and playing lead guitar and serving as backup vocalist for several bands and musical projects in the area. Like the best songwriters, Nero has used his experiences to craft lyrics and music that evoke familiar and sometimes forgotten feelings. Nero’s musical taste tends to be rather eclectic so not surprisingly his original tunes are also. Some of them feel-good, some recalling bad times. Some of them are reality, and some are escape. Much of the album is serene, while upbeat at other times.

The Sunsetters include singer Melissa Mason whose voice is featured on “Forever, Baby Its Goodbye” and “Ocracoke.” The timbre of her voice brings to mind a mellow Stevie Nicks. Drummer Sam Ross, guitarist Steve Flores, Marcus Durham on bass, Michael Lyman on percussion, and Michael Hester on keyboards round out the rest of the band.

Nero and his brother founded the Holla Yella Music Festival, which debuted last summer (2021) in the Georgia Mountains, and featured an all-star lineup that included Saxsquatch and Funk You. They plan to expand the festival in 2022 and feature premier artists including the Infamous Stringdusters and Sierra Ferrell. Those who can might find it worthwhile to stop by. In the meantime, you can listen to Nero Simon and the Sunsetters on Treasure Chest.

If you are in the Atlanta area, the band will be playing on March 24th at 37 Main in Avondale Estates neighborhood (near Decatur) at 7pm. Tickets here.