New Music to be Released Fall 2022 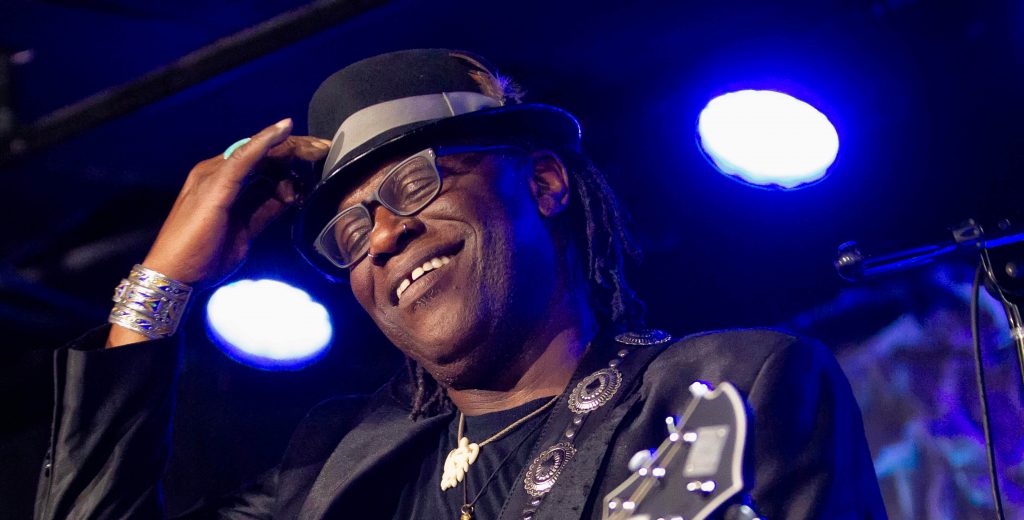 Forty Below Records announces the signing of celebrated Blues and Roots musician Joe Louis Walker. A Blues Hall of Fame inductee and six-time Blues Music Award winner, his 2015 release Everyone Wants a Piece was nominated for the Contemporary Blues Grammy. Walker dueted with B.B. King on his Grammy Award-winning Blues Summit album and played guitar on James Cotton’s Grammy winning album Deep in the Blues.

Regarded as one of the greatest bluesmen of his generation, Walker’s output spans the gamut of American Roots music. A brilliantly lyrical guitarist, soulful singer and prolific songwriter, Walker has toured extensively throughout his career, performing at the world’s most renowned music festivals and earning a legion of dedicated fans. He has recorded with Ike Turner, Bonnie Raitt, Taj Mahal, and Steve Cropper, opened for Muddy Waters and Thelonious Monk, hung out with Jimi Hendrix, Freddie King, Mississippi Fred McDowell, and was a close friend and roommate to Mike Bloomfield.

Walker’s 1986 debut album Cold Is the Night on HighTone Records announced his arrival in stunning fashion, and his subsequent output for Verve, Alligator, Hightone, and others has only served to further establish Walker as one of today’s leading bluesmen. Walker long ago earned his rightful place among the pantheon of legendary electric blues singer/guitarist/songwriters like B.B. King, Buddy Guy and Luther Allison.