Wilco performed 'Yankee Hotel Foxtrot' in its entirety, complete with all the intricacies, noise and soundscapes on the album itself. 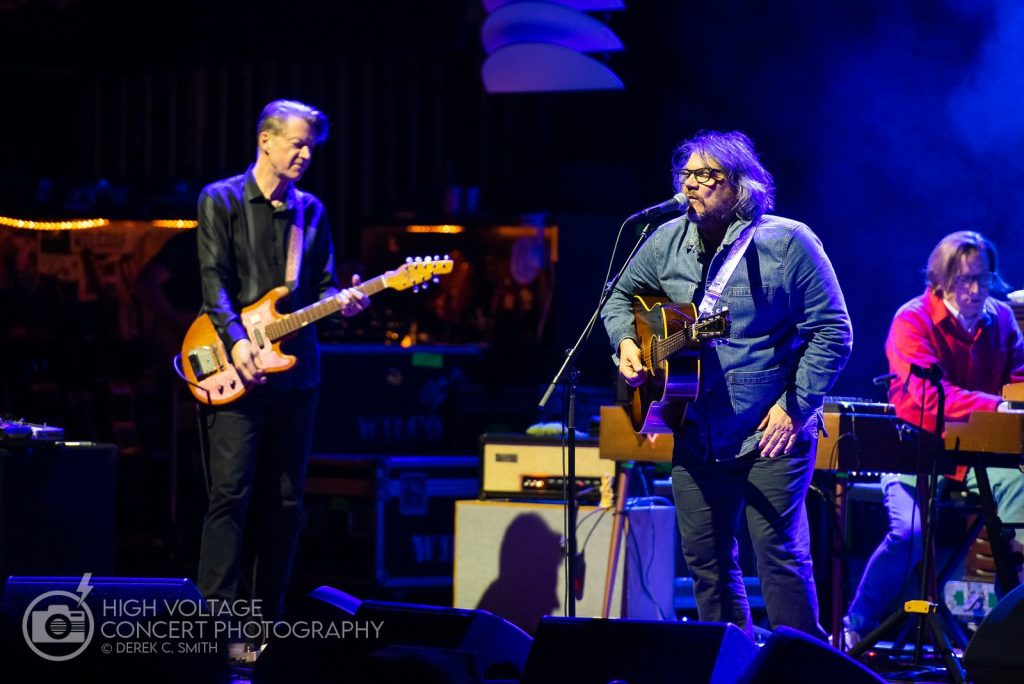 Wilco recently closed a three-night run at Chicago’s Auditorium Theatre to commemorate the 20th anniversary of Yankee Hotel Foxtrot, the album originally marred by conflict, including the refusal of the band’s label at the time, Reprise Records, to release it. Oops.

Wilco self-released the album online in 2001 to critical acclaim before its official release on April 23, 2002 by Nonesuch Records. The album ultimately reached No. 13 on the Billboard album chart and still ranks as one of Wilco’s best-selling albums to date, if not one of the best of the new millennium.

As for the inspiration behind the album, Jeff Tweedy said in 2004 that he “wanted to write about the stuff right in front of my eyes, microscopically looking at America and asking questions about each little thing … How can there be all these good things and things that I love about America, alongside all of these things that I’m ashamed of?”

20 years later, there remains great import in Tweedy’s words as most of us continue to grapple with the duality of America. Fortunately, though, the night was not one to lament our societal shortcomings, but rather to celebrate a masterpiece. And a celebration it was.

During the first half of the evening, Wilco performed the album in its entirety, complete with all the intricacies, noise and soundscapes on the album itself. It was pure, honest and beautiful. After a brief intermission, Wilco returned to the stage to play a set that consisted of a song from each album that bookmarks Yankee Hotel Foxtrot (“Pieholden Suite” from the 1999 release Summerteeth and “Hummingbird” from the 2004 release A Ghost is Born), as well as a collection of rarities (“Cars Can’t Escape,” “A Magazine Called Sunset,” and “The Good Part”).

Wilco closed the evening in high gear with “Monday” and “Outtasite (Outta Mind),” two rockers from the 1996 release Being There.