Nick Waterhouse and his band kept the evening lively through a rollicking 16-song set at City Winery Chicago! 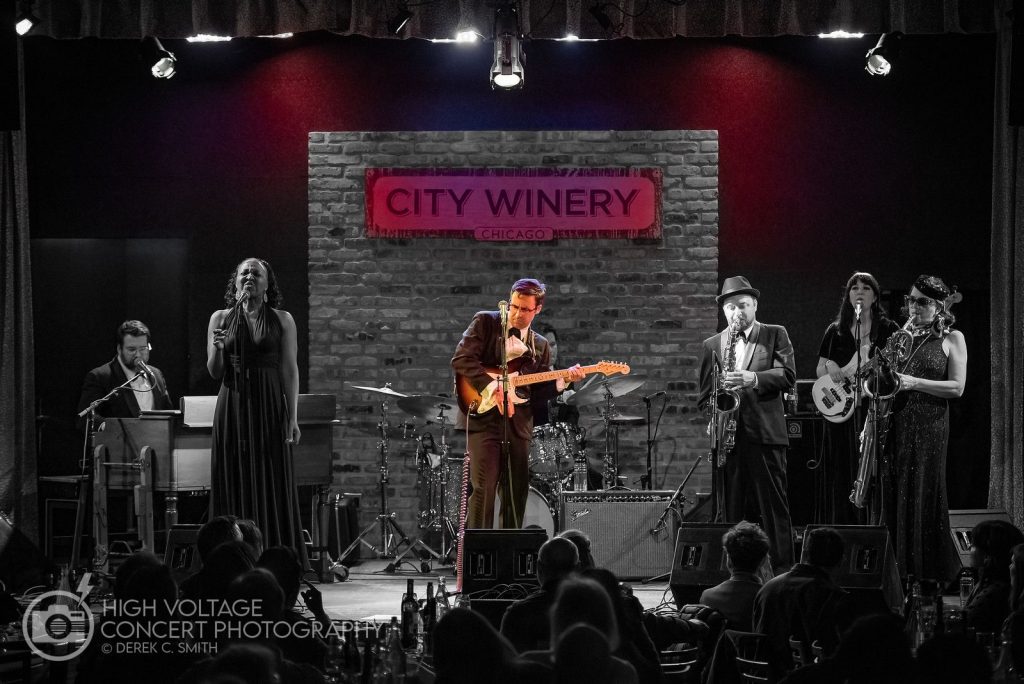 There is no mistaking Nick Waterhouse’s musical influences. The Californian singer-songwriter’s music is steeped in the sounds of ‘50s and ‘60s R&B, jazz, soul and doo-wop, but it is neither imitative nor derivative. It’s a sound touched by the past, but built for the present with just enough modern-day grit, grooves and blues to keep it fresh and lively.  Waterhouse isn’t old school – he’s next-generational cool. And like all generations, cool never goes out of style.

Put the needle down on a Waterhouse record and see for yourself.  From the very first note, he sets a mood that’s simply infectious.  Before you know it, you’ll be letting your hair down, snapping your fingers, tapping your feet and shaking your tailfeather.

As evidenced by his recent stop at Chicago’s City Winery, Waterhouse’s live show is no different.  The band was swinging from the very first song and the train never left the tracks.  With each song, it felt as if the temperature was rising and the music could not get any hotter – until it did.

Whether it was the amazing vocals from Chicago’s own Carol Hatchett or the searing sax solos from Paula Henderson (baritone sax) and Mando Dorame (tenor sax), Waterhouse and his band kept the evening lively through a rollicking 16-song set that included “Say I Wanna Know,” “Pushin’ Too Hard,” “I Can Only Give You Everything,” “I Feel an Urge Coming On,” “Stanyan Street,” “Katchi,” “Vincentine” and “B. Santa Ana, 1986” – the latter two of which are from his latest studio album, Promenade Blue, released in April 2021.

The band could have played all night and it still would not have been enough for the enthusiastic crowd.

Pushin’ Too Hard (The Seeds cover)

I Can Only Give You Everything (Them cover)

I Feel an Urge Coming On