"'Gloryland' is one of those types of songs a guy writes ‘cause he’s freaked out by the state of the world he’s living in." - Ketch Secor 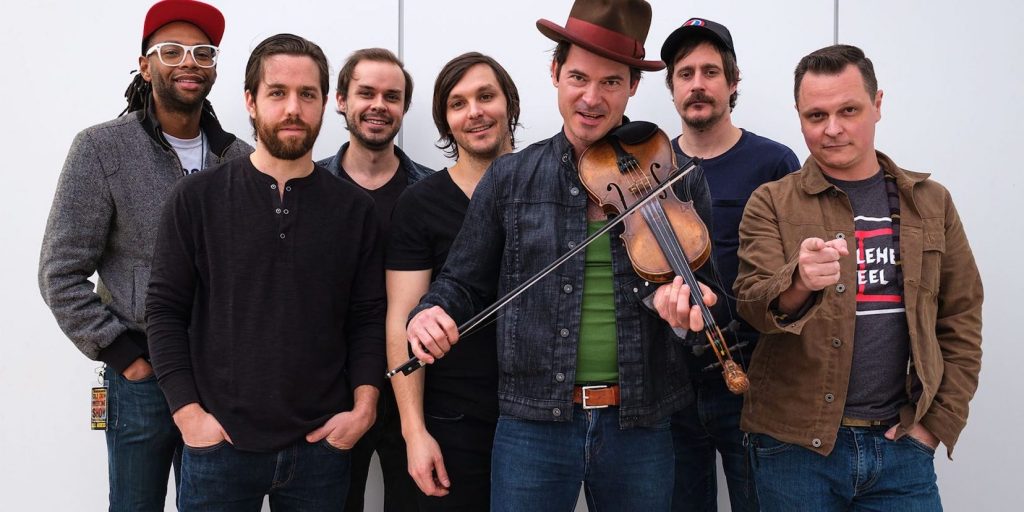 Old Crow Medicine Show released “Gloryland,” the latest single from the GRAMMY award-winning band’s new album Paint This Town, out April 22 via ATO Records. A heavy-hearted lament for our failure to care for one another, the gospel-inspired track features the Kyshona Trio and is accompanied by a live performance video. The band has also announced a special album release show in The Blue Room at Third Man Records on April 22, which will stream live on SiriusXM Outlaw Country.

When the long work-less summer of 2020 came, my band refused to stand idle. While protests raged in cities across the nation, Old Crow recommitted ourselves to the work at hand, to make music that both inspires and challenges a listener, music that hits you in your heart and mind, not just your feet. We rebuilt our band just like we wanted to see our world rebuilt, with care and intention, with purpose.

“Gloryland” is one of those types of songs a guy writes ‘cause he’s freaked out by the state of the world he’s living in. He thinks he hears bullets flying by, thinks the bickering of his neighbors out in the street could, at any moment, escalate. Everywhere he turns there’s something else to fuel his anxiety: his leaders spew vitriol, his friends overdose, his city’s courthouse is set on fire. He’s scared, wants to run, tries every door, but the gates of Eden are locked shut. Maybe they always were. He starts banging, ‘Let me in, let me in!’ Pretty soon his desperate hammering starts to feel like a rhythm and so he sings. Singing is the only thing that makes him feel better, well, maybe not better, but at least no longer helpless. Because singing gives you purpose. And with purpose there is hope, which may be all you can muster in times like these. I hope you’ll like my song ‘Gloryland’; I wrote it because I didn’t know what the hell else to do.

Showcasing Old Crow Medicine Show’s long-standing ability to merge profound introspection with a rapturous string band revival sound, Paint This Town shines a light on the darker aspects of the American experience through character-driven songs underpinned by visions of a more harmonious future.

Paint This Town finds Old Crow Medicine Show taking a far more insular approach than on previous releases, recording in their own East Nashville-based Hartland Studio and co-producing with Matt Ross-Spang (John Prine, Jason Isbell). The process unlocked a new level of creative freedom, with a spirit of pure abandon that harkens back to the deliberate unpredictability of the band’s earliest busking days.

Old Crow Medicine Show will hit the road this month for a coast to coast spring/summer tour. Find a full list of tour dates below or at www.crowmedicine.com/tour.