“I’ve arrived at a place where it’s just easier to follow my gut and intuition." - Maggie Rose 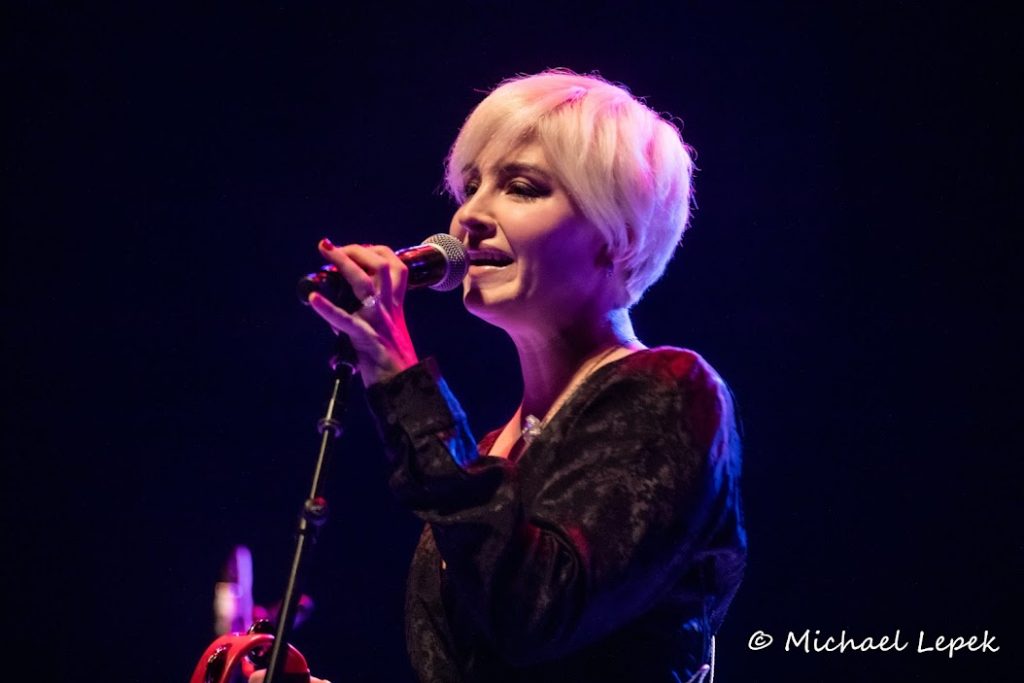 She’s slated to play Bonnaroo in June and recently hit the road with the Revivalists. She also just came off a tour with rising blues star Christone “Kingfish” Ingram and appeared at the venerated Grand Ole Opry, a stage she has already graced over 80 times.

With a resume like this, it’s obvious that Maggie Rose can’t be pigeonholed or assigned to any one genre. Her recently released “Have a Seat” is proof of that. On this musical gem, Rose continues to spread her wings with a variety of styles including some cool old soul. This isn’t surprising since Have a Seat was recorded at FAME studio in Muscle Shoals with Ben Tanner from Alabama Shakes serving as producer.

On Have a Seat Rose lets her soulful voice be heard on a variety of subjects that matter most to her. The title track is a lament about how divided the country’s become and her desire to have everyone just sit down and hash it out. But Rose isn’t ready to take life lying down and the next number “Do It” is all about female empowerment and that being a people pleaser isn’t in her life’s job description.

The self-described Catholic school girl from Maryland also appears to be a big booster of the sisterhood of singers and frequently hosts some of her friends and fellow musicians on Salute the Songbirds. This podcast is categorized as Rose’s take on being an “independent artist in the male-dominated, often volatile, music industry.”

While Rose might have her beef with the patriarchs in power, she seems to have an easy rapport with many of her male co-stars. She was hand-selected by Christone “Kingfish Ingram” to be one of his support acts on the recent national “Juke Joint” tour. Rose appreciated the opportunity to “borrow his fan base” and expose her music to a broader audience in beautiful venues. She added that Ingram’s “musicianship is matched only by how kind he is.”

Rose comes across as the sort of person who bonds easily with her musical cohorts and blends in well with many popular “jam bands.” She loves the “improvisational nature” of these collaborations as “everyone works together to pull it off.” She added that she always appreciates festival goers “who are usually aware of the big names” and gives her the opportunity to bring “real music lovers into her orbit.”

Rose first honed her performance skills as a teenager with the “B Street Band.” This Springsteen inspired cover band played on the Jersey Shore where Rose hit all the right notes and watched as the band got grown up men to dance wildly to the Boss’s music. Rose credits the members of the “B Street Band” for being the first to believe in her.

Rose said that being with the “B Street Band” took her from simply being a good singer to “realizing the power of performance.” Her current touring schedule certainly points to her rapport with live audiences. After being singled out as a “can’t miss” at Bonnaroo in 2018, Rose returns there in June followed by several other festivals including the inaugural Sacred Rose Festival to be held in Chicago at the end of August.

Rose also recently played at Country Thunder in Arizona. She appreciated the opportunity to “cast a wider net” and said that although it was ‘on the fringes of what I’m typically doing,” she was happy to perform for country music lovers who usually get their playlists force-fed to them by industry honchos who have the power to determine what runs on country radio.

She added that country radio is often the “litmus test” of whether an artist will have success in commercial country music. Rose noted that the Grand Ole Opry is trying to be “involved and sustainable” and have booked several artists like herself who’ve resonated with Grand Ole Opry fans but are not being showcased on country radio. She added that these stations “have not focused on all the things that make Nashville so great.”

When Covid-19 hit in 2020, Rose had the opportunity to focus on utilizing social media in a more positive manner. She said that pre-Covid she would go online to talk about upcoming shows or even what she was wearing that night. But during the lockdown, she said that she “started letting people into my daily life.” This included discussions on how folks were really feeling as well as a weekly Friday livestream show so “people could have some semblance of a routine back in their life.”

The lockdown also gave Rose the chance to reach out and connect with musicians she admired, which included artists on her podcast. She added that “this was one residual of the pandemic that I’m happy about.”

Flash forward to the 2022, and Rose is back to touring and appearing on various shows including the upcoming Austin City Limits. She appreciates all the accolades coming her way because “I am enjoying myself so much” since she has given herself the green light to do it her own way.

Rose added that, “I’ve arrived at a place where it’s just easier to follow my gut and intuition” and she is grateful to have her band and management team behind her because she believes that this will help prolong her career. As Rose continues to expand her musical boundaries and reach new audiences, her longtime fans and new devotees couldn’t be happier.