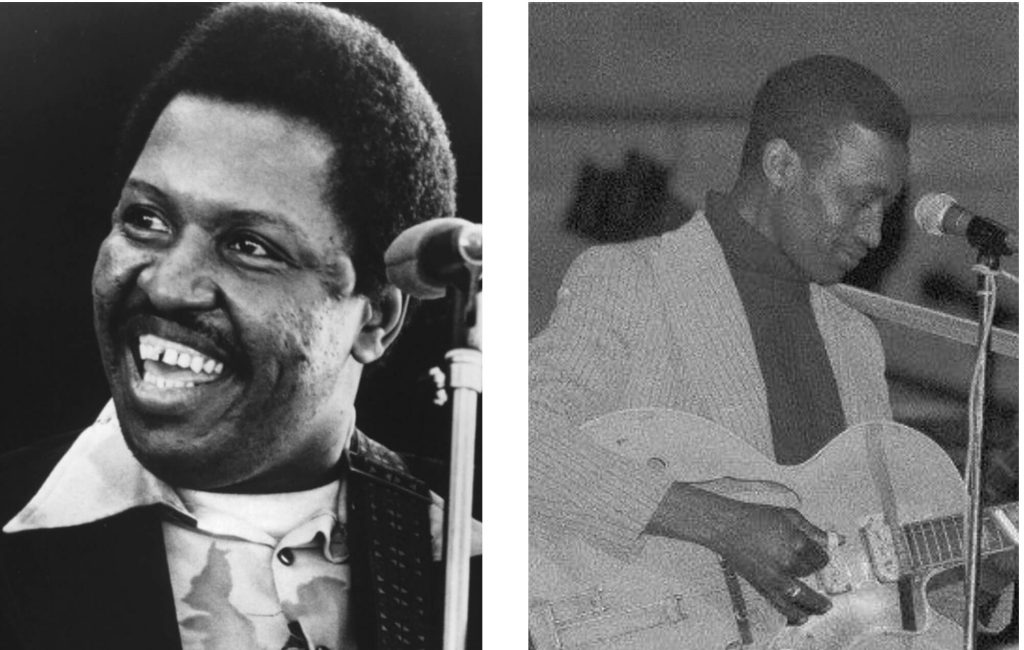 Welcome to Windy City Wednesday. This newest offering from American Blues Scene will share classic and sometimes forgotten blues albums from some of the most iconic Chicago blues men and women ever to grace wax. This edition focuses on the compilation album That Ain’t Right by Magic Slim & the Teardrops / Joe Carter with Sunnyland Slim.

In 1977, Ralph Bass recorded, at the culmination of a brilliant career, a series of ten very brief and informal sessions – a survey of then lesser known talent on the Chicago blues scene including Carey Bell, Eddy Clearwater and Lonnie Brooks. Bass had launched careers of T-Bone Walker, James Brown, Little Esther and others.

Bass struck a deal with another longtime pro in the music business, Henry Stone of Miami, to release a series of ten blues LPs for Stone’s T.K. Productions/Records. The blues business being what it was—and is, the plan fell through, and Bass ended up marketing various masters to a British label, Red Lightnin, and to a short-lived Chicago label called Second City. In time, the masters found their way to Delmark, finally providing an outlet for the series to be released on CD. To the list of sessions by Lonnie Brooks, Eddy Clearwater, Carey Bell, Sunnyland Slim, Jimmy Johnson and Lacy Gibson, Delmark now adds Magic Slim and Joe Carter. The sessions foreshadowed a blues movement to come, but no one knew it, or heard it, at the time.

This album is the seventh installment in the Ralph Bass Series. Magic Slim became an internationally renowned artist and a blues legend. This 1977 session goes back to a time when Slim was primarily busy on Chicago’s South Side hosting the Sunday jam session at Florence’s, or at other clubs like Theresa’s, The Checkerboard or The 1125 Club. His group The Teardrops consisted of brothers Nick Holt, bass; Doug Holt, drums and Coleman Pettis, 2nd guitar.

Joe Carter was one of the “unsung heroes of the Chicago club scene in the 1950s … a slide-playing twin disciple of Elmore James and Muddy Waters.”-Cub Koda, All Music Guide. This is one of only two sessions Carter ever recorded and it features Lacy Gibson, guitar; Sunnyland Slim, piano; Willie Black, bass; Fred Below, drums.

As with several of the artists in the series, this would have been Magic Slim’s American debut album had it been released in 1977. At least, however, there is a positive spin to put on the long wait for its release on CD. Bass opted for a crisp, clean studio sound rather than the grittier sound the bands always employed in their live performances. In particular, he instructed the engineer not to record the guitar sounds as they came out of the artists’ amplifiers, but to send the signal through a cable direct to the recording board. Delmark has brought back Slim’s amp sound so, courtesy of a 2006 remix, we get to hear Magic Slim much closer to the way he really sounded in 1977.

Magic Slim and the Teardrops recorded and toured prolifically from the ’70s and carried the torch as the hardest-driving Chicago blues band of all, even though Slim moved to Lincoln, Nebraska. He and his band recorded 38 albums and toured until Slim’s death on February 21st, 2013.

Joe Carter, on the other hand, did little after his session, continuing to play a few South Side taverns until health problems forced him off the scene. His death on June 15, 2001, went virtually unnoticed by the blues media. Joe Carter’s music is the vintage, down-home postwar Chicago blues of the type popularized by Elmore James and Muddy Waters. Joe’s specialty is his repertoire of slide guitar numbers—Elmore’s in particular.

This Delmark CD is currently out of stock, but if one is lucky enough to find it, the Chicago recording origins of these two great acts will come alive.