It always seems like Warren picks the perfect tunes for the atmosphere. 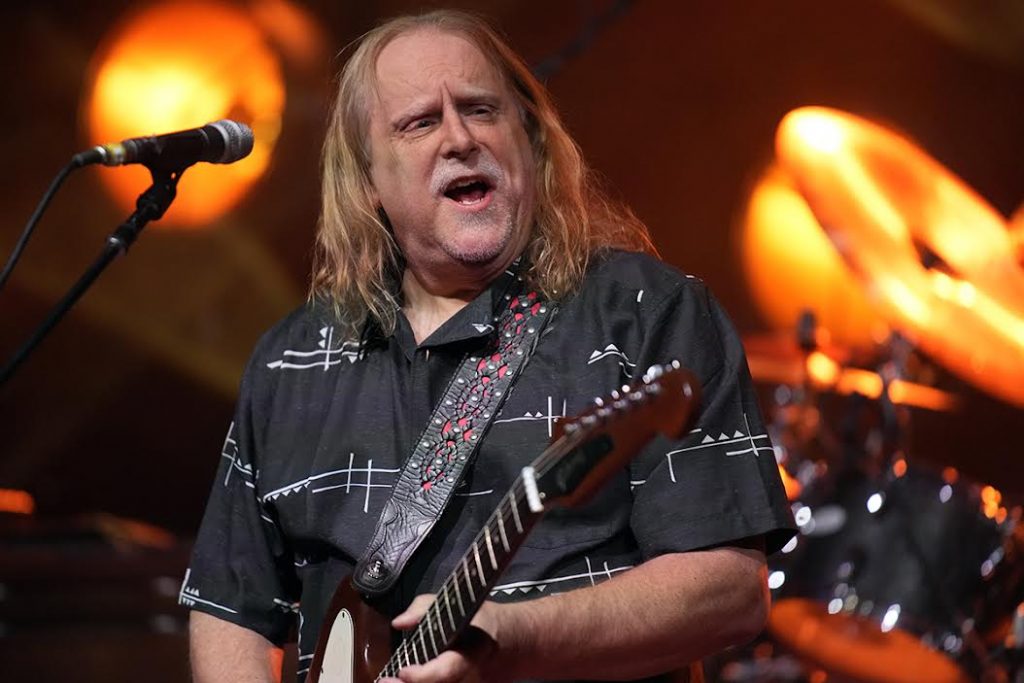 Warren’s back! The leader of the Mule is back. Warren Haynes, the founder of the band Gov’t Mule, hurt himself a couple months ago. A fluke shoulder injury that required minor surgery put the guitar legend on the shelf for a minute. A bunch of shows were canceled due to the accident, but now they’re picking up where they left off.

ABS got to catch up with them just outside of Flagstaff, Arizona. Tucked away in the middle of the Ponderosa Pine Forest, The Pepsi Amphitheater at Fort Tuthill Park is as good as it gets. An A frame mini amphitheater with a wide open space and an amazing sound system that echoes throughout the woods. There is plenty of parking, and of course great food; the BBQ was out of this world, and the full bar a must.

Warren Haynes, drummer Matt Abts, bassist Jorgen Carlsson, and keyboardist Danny Louis came out on fire, setting the vibe for the night with “Mr. Man” and “Mr. High and Mighty.” This show was the fourth since the break. Carlsson missed a couple of those shows with Covid-19, but with all the layoffs you could not tell, as these guys sounded great. “Mother Earth” and “Rocking Horse” just had the place rockin’. It always seems like Warren picks the perfect tunes for the atmosphere. “Beautifully Broken,” another one from the first set was spot on for this magical venue. “Time to Confess” ended the first set with the band taking a well-deserved 20-minute break.

The second set started with “Traveling Time,” another one that just followed with what they started. Warren played this tune with an edge. After that came “Patchwork Quilt” the only killer way he knows how. The rest of the set included “I’m a Ram,” Wonder Wall,” and a “Statesboro Blues” ending that had the crowd wanting more.

The encore was an eight minute “Make it Rain,” a single off their newest album Heavy Load. All in all, they are back and better than ever. Check them out. I’m sure with another bunch of time off they are ready to cover a lot of ground, touring the rest of the year.

Whisper In Your Soul

Dark Was the Night