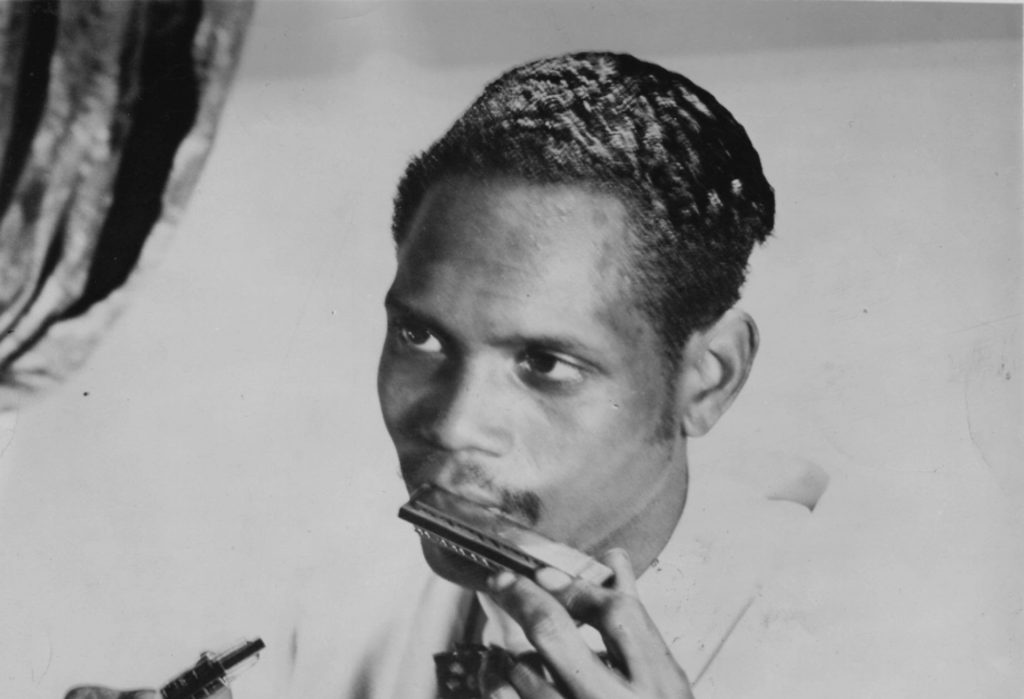 Some of the most exciting sounds on the Chicago blues scene during the 1950s feature the harmonica.

Horton’s “Hard-Hearted Woman”/”Back Home To Mama” was his first Chicago record under his own name. Willie Dixon produced and from then on Horton played on many Dixon-produced sessions and toured with Dixon’s band for many years. Big Walter was an internationally famous bluesman, who continued recording and touring until his death in 1981.

Alfred “Blues King” Harris remains a mystery man. Born possibly in Mississippi, Alfred Harris (aka Blues King Harris or Johnny Harris) recorded on three separate occasions in the 50s, each time under a different name. The first, in 1950 or 1951, was during a field trip by the Bihari Brothers, in Mississippi, Arkansas or Tennessee, and featured Harris with a second guitarist, playing acoustic, in a very down-home style.

A few years later there was a session in Chicago, with James Bannister and Earl Dranes, in a more electric, urban style. Neither of these two sessions was issued until many years later. Finally, there was a single, also recorded in Chicago, in 1956. The tunes included here come from those Chicago sessions.

Harmonica Blues Kings contains a total of 16 tracks, included 3 previously unreleased tracks; alternate takes of “Hard Hearted Woman,” “Back Home to Mama,” and “Up Side the Wall.”

United Records was the first successful black-owned record company. Operated by Leonard Allen, tailor, retired policeman and obviously one of exceptionally wide taste in music, the two labels (United and States) issued some of the best performances in the jazz, blues, gospel and R&B idioms between 1951 and ’57. Delmark is proud to release this important body of masters, including many previously unissued, recorded in studios which pioneered high fidelity recording in the ’50s.