It’s sagas like these that add to the allure of the blues, and the city should be commended for featuring a delectable combo of seasoned veterans, Mississippi trailblazers, and fresh new voices. 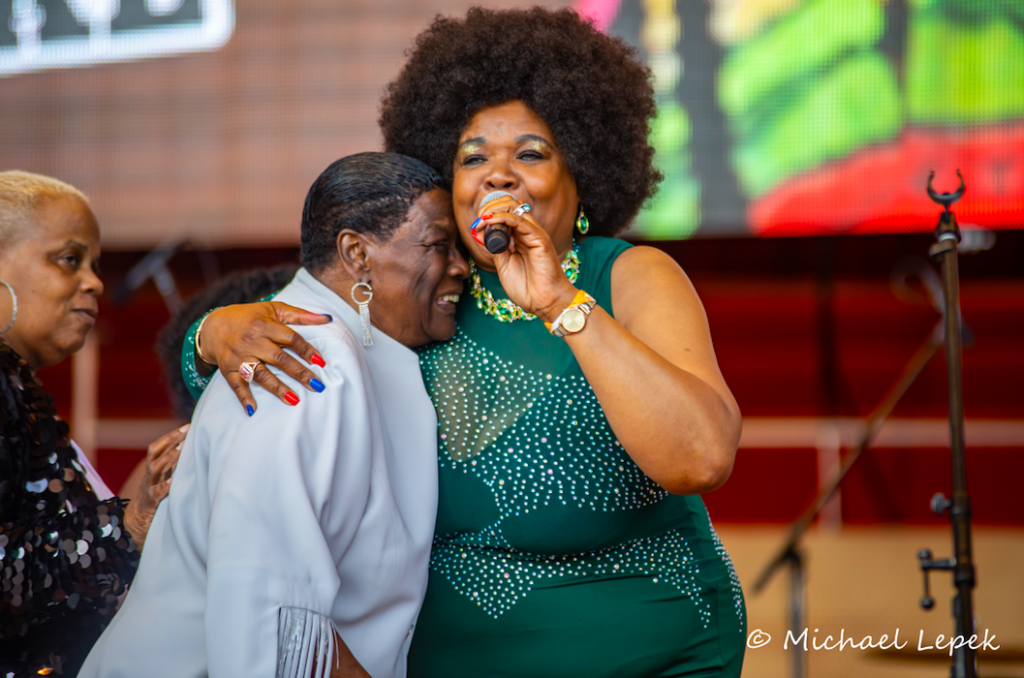 It’s safe to say that much has changed since the last Chicago Blues Fest was held back in 2019. While there was a mini blues festival last September, the return of the four-day festival to the second weekend of June in 2022 was welcome news for the many who have been starving for live blues and camaraderie.

So, there were many happy reunions and heartfelt hugs when scattered groups of blues buddies reunited from June 9th through June 12th at Millennium Park in downtown Chicago.

With this backdrop, it was not surprising to see so many musicians kick it into overdrive and turn in top-notch performances throughout the course of the four-day festival. They were back to doing what they do best at the world’s largest free music fest.

Although this festival was smaller and not as crowded as in years’ past, there was a full slate of great music emanating everywhere from the rotating cast at the Rosa’s stage to the seasoned headliners and uber-talented emerging artists playing at the Pritzker Pavilion.

Fittingly, the state of Mississippi played a huge role in making the fest such a musical success. Besides giving out nice swag bags to promote the many blues hubs in the state, a roster of brilliant artists graced the stage throughout the weekend.

With the Illinois Central tracks just minutes from Millennium Park, there was a new version of the “Great Migration” with artists named Kimbrough, Burnside and a Morganfield nephew making the trek up to Chicago to play for a very appreciative audience.

The Mississippi stage also featured many artists with Magnolia State roots like Nora Jean Wallace, Keesha Pratt and Lurrie Bell who together with harp playing brothers Steve and drummer James, showed that the Bell Dynasty is very much alive and well. Bell had headlined the Billstown blues festival in rural Pennsylvania on Saturday night before high-tailing it back to Chi-town to wow the crowds during Sunday’s opening time slot.

The family dynasties were in no short supply as Robert Kimbrough Junior did his daddy proud. His rendition of “All night long” had the crowd dancing in the aisles to the soulful “Cotton Patch Blues” style made famous by the late Junior Kimbrough. He was joined by another scion of the Delta sound as Duwayne Burnside played guitar with Kenny Kimbrough on drums.

On Saturday, yet another Burnside graced the Mississippi stage. Fresh off his recent Grammy win forBest Traditional Blues Album, I Be Trying, Cedric Burnside played in a tent packed with enthusiastic fans.

Another Saturday stand-out was Keith Johnson and the Big Muddy Band. Johnson is the nephew of Muddy Waters and was cousin to Muddy’s son, Joseph Morganfield, who passed away in December of 2020. Johnson gave a poignant tribute to Morganfield, which included his rendition of Morganfield’s signature song, “It’s Good to Be King.”

As a lifelong resident of west suburban Aurora, Illinois, Saye said it “was an honor to be included at the festival.” He also noted “being a Chicagoland native adds lots of joy and nostalgia to the already great experience.”

While he was still a teenager, Saye discovered the blues of Memphis Minnie and Muddy Waters and followed a traditional blues path that resulted in being befriended and mentored by fellow musician Dave Herrero.

Saye currently plays at Rosa’s Blues Club every Thursday and will visit France in November as part of a “Chicago Blues Festival” that will also feature the guitar artistry of Toronzo Cannon and fast rising “blues kitten” Ivy Ford.

Saye takes his role as a local blues ambassador seriously. He said, “it’s great to be recognized as a Chicago artist by the city.” While Saye hopes that his emerging artist status will benefit his blues career, he also noted that “I personally emphasize the “artist” part more than the “emerging.”

In addition to seeing the emergence of young blues talent, the Chicago Blues Festival also featured a variety of venerable artists who have been on the scene for many years. There was a “Tribute to Bob Stroger” that saw the beloved bluesman strutting his stuff on the main stage with a vitality that belied his 91-years.

The “Women of the Blues” were showcased on Sunday afternoon with a special tribute to 86-year-old Mary Lane. As one of the last artists to make the “great migration” to Chicago, it was wonderful to see this “travelin’ woman” getting her due after so many years of playing the blues.

It’s sagas like these that add to the allure of the blues, and the city should be commended for featuring a delectable combo of seasoned veterans, Mississippi trailblazers, and fresh new voices. It truly was a smorgasbord of talent, and this retrospective represents just a small sampling of all the wonderful music that was being served up at Millennium Park over the course of a glorious 4-day weekend.

Let’s hope the great bookings continue for future festivals and we get wind of the official 2023 lineup much earlier next year. This year’s long-delayed announcement wasn’t released until mid-May, which might have put a damper on attendance due to many out-of-town fans already having other plans.