As Nelson observed, “Dr. John had the most unique musical style and language that would take me to another place whenever I heard him play and sing.” Dr. John’s final studio album, ‘Things Happen That Way,’ is due out September 23! 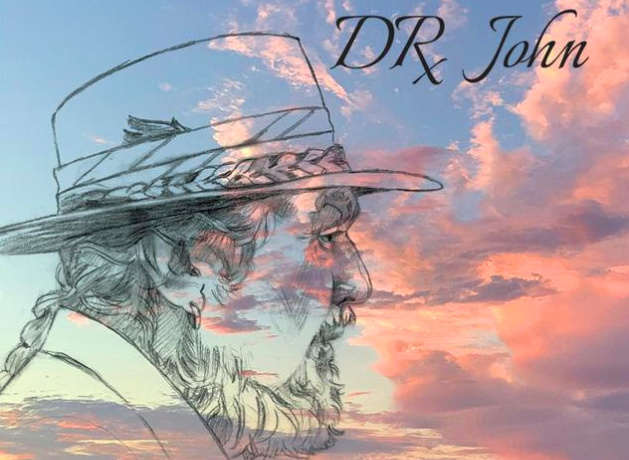 Growing up in New Orleans, Malcolm John “Mac” Rebennack, Jr. – known to countless music fans around the world as Dr. John – developed a deep and abiding love for traditional Gospel music that stayed with him throughout his lifetime. During his remarkable six-decade run as one of the most original, distinctive, and influential voices in popular music, Rebennack put his inimitable stamp on many spirituals and Gospel-influenced songs.

During the sessions for Things Happen That Way, Rebennack invited a few old friends to lend their voices to the project. Among those who happily obliged was Willie Nelson, one of Mac’s close friends and most treasured musical collaborators. Today, their ebullient rendition of the beloved Gospel standard “Gimme That Old Time Religion” is released.

As Nelson observed, “Dr. John had the most unique musical style and language that would take me to another place whenever I heard him play and sing.”

Rebennack was planning future projects when his life was suddenly cut short in 2019. Now, three years after his untimely passing, in a world complicated by COVID-19, Things Happen That Way will see the light of day. The album, which features three brand new original compositions, a mesmerizing reworking of Dr. John’s 1968 classic “I Walk on Guilded Splinters,” plus new interpretations of songs by Willie Nelson, Cowboy Jack Clement, Hank Williams, and the Traveling Wilburys will be released on September 23. The album is available for pre-order HERE.

Things Happen That Way marks the fulfillment of a longtime goal of the six-time GRAMMY-winning singer/songwriter/pianist and Rock & Roll Hall of Famer, who first began plotting a country-inspired album decades ago. In bringing his album’s songs to life, Dr. John drew on a lineup of musicians befitting of a universally beloved luminary. Along with an elite cadre of New Orleans session players, the album’s personnel include icons Nelson and Aaron Neville, and rising stars Lukas Nelson & Promise of the Real.