We are proud to premiere the first single from Hitson's upcoming 'Let The Gods Sing,' out September 16 via Big Legal Mess! 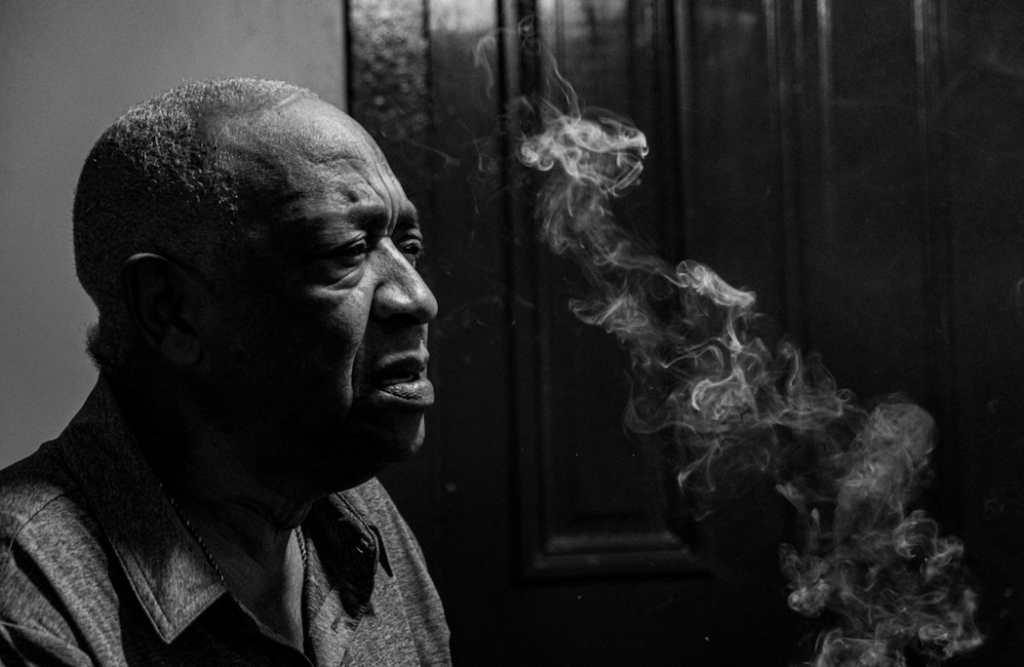 Philadelphia-born, then Georgia- and Florida-raised, he first picked up the guitar, the instrument for which he is best known, when his doowop band’s guitarist didn’t show up one night. He would find himself wielding the instrument for the likes of James Brown, Joe Tex, Bobby Womack, Wilson Pickett, Jackie Wilson, Sam Cooke, Lee Moses, The Drifters, The Shirelles, the Ohio Players, and Hank Ballard & The Midnighters.

The artist with whom he’s most associated is Jimi Hendrix as the two became fast friends while on the chitlin circuit and again upon arriving in New York City, where he moved in the mid-‘60s. You may not have heard this guitarist’s name before, but this iconic sideman was among the few to convince Hendrix to start singing. He developed his own heroin habit around the time Jimi passed, but managed to clean up and joined the Nation of Islam.

The stories go on: hanging with Bob Dylan in Greenwich Village; meeting Muhammad Ali as part of the Nation of Islam; acting as an extra in films; running into Rev. Martin Luther King, Jr. when he and the Civil Rights leader both had segments on WERD radio (the national’s first Black-owned station); opening for the Allman Brothers with Lee Moses after meeting Duane at a Black nightclub; and getting dropped from ATCO Records after he was wrongfully accused of the murder of his girlfriend.

Hitson has recently joined the Music Maker Foundation roster and performed at Telluride Blues & Brews Festival. And now he’s set to release his first album in decades, produced in Memphis by the legendary Bruce Watson.

Out September 23rd via Big Legal Mess, Let The Gods Sing presents a blazing Memphis band including Mark Edgar Stuart; Al Gamble (St. Paul & The Broken Bones); Art Edmaiston (The Bo-Keys, Don Bryant); and Marcella Simien. “That was a good jam, man,” Hitson enthuses. “The spirit was there with us.” We are proud to premiere the album’s first single, “Ain’t No Other Way,” an exemplary slice of soul-funk.