"Bob Dylan's Whiskey" is the second single from this musical collaboration 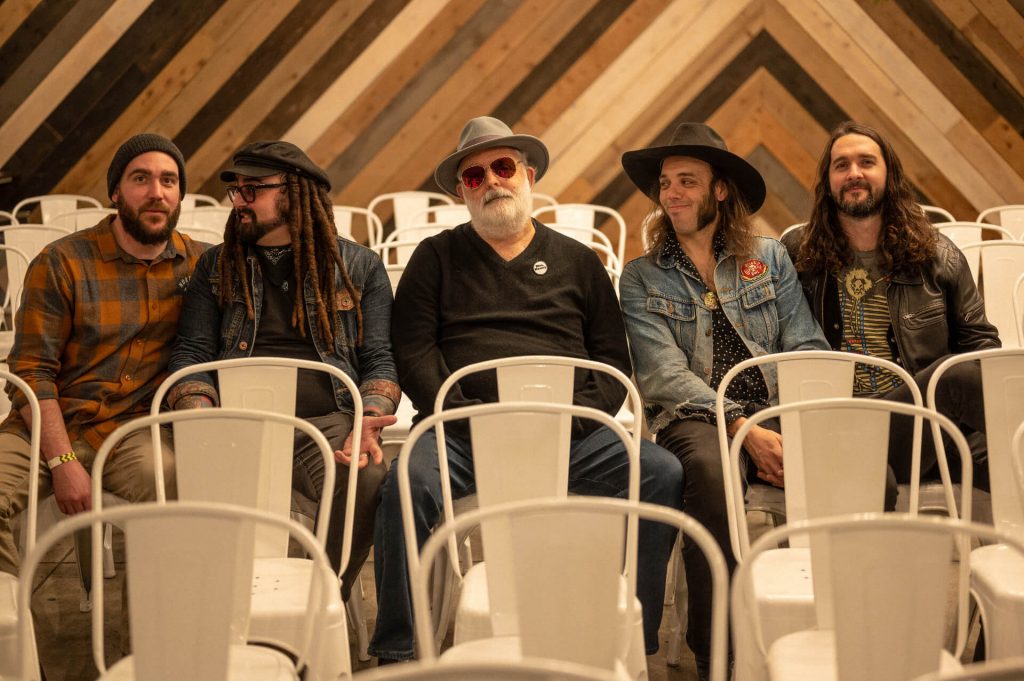 In my opinion, ‘Bob Dylan’s Whiskey’ is the epitome of the Jack Tempchin and Mrs. Henry collaboration. A true nod to our initial inspiration of Bob Dylan and the Band – a great songwriter backed by a great band. Live, real, raw, honest and full of emotion. We all know what to do and how to do it.

The artwork is by my good friend Alan Forbes and design by Aurora Rocío Pacheco – Both are always down to whip something together on the fly and inspired by the power of music.

Tempchin is a legendary hit songwriter, whose compositions “Peaceful Easy Feeling” and “Already Gone” are synonymous with the Southern California Sound. These songs can be found on the Eagles’ compilation Their Greatest Hits 1971-1975, which the RIAA named the Best-Selling U.S. Album of the 20th Century. In addition to the Eagles, Tempchin has written songs for artists such as George Jones, Glenn Campbell, Emmylou Harris, Tanya Tucker, Patty Loveless, and many others. In 2019, he was inducted into the Songwriters Hall of Fame in New York City.

San Diego, CA-based Mrs. Henry is a hard-hitting rock and roll band, a quartet of singular spirits on a shared journey, paying homage to a historic legacy as they introduce a new chapter in American roots music. With spring-loaded authority, bassist Blake Dean and drummer Chad Lee balance the spiraling keyboard dexterity of Jody Bagley and the scorching guitar of Daniel Cervantes. All four, compelling lead singers, possess individual voices that intersect and complement one another, singular identities that unite in celebratory choruses.

Mrs. Henry is at the center of a creative collective of like-minded music makers, a number of them signees to Blind Owl Records, a label founded by Cervantes. An eclectic roster of notable San Diego artists joined the ambitious 2017 project, Mrs. Henry presents The Last Waltz, a live recreation of The Band’s fabled 1976 swan song, staged as a concert at the Belly Up in Solana Beach, CA, recorded as a two-CD, triple vinyl set, and filmed as a documentary short that premiered at the Oceanside International Film Festival.

It was at the rehearsals for Mrs. Henry presents The Last Waltz where the band met Tempchin, and their collaboration was born. During a rehearsal, Tempchin started to quietly strum and sing an original of his, and Mrs. Henry joined in. It then occurred to them that the rehearsal space had great acoustics for live recordings, so they recruited an engineer friend to record a handful of songs.

They’re all live recordings and no overdubs. It’s just us. The thing that excites me most about [Mrs. Henry] is the singing all four of those guys can do. They can instantly slap incredible harmonies on anything. I feel like this band backing me up lifts my songs to completely new places and gives them a lot more meaning.