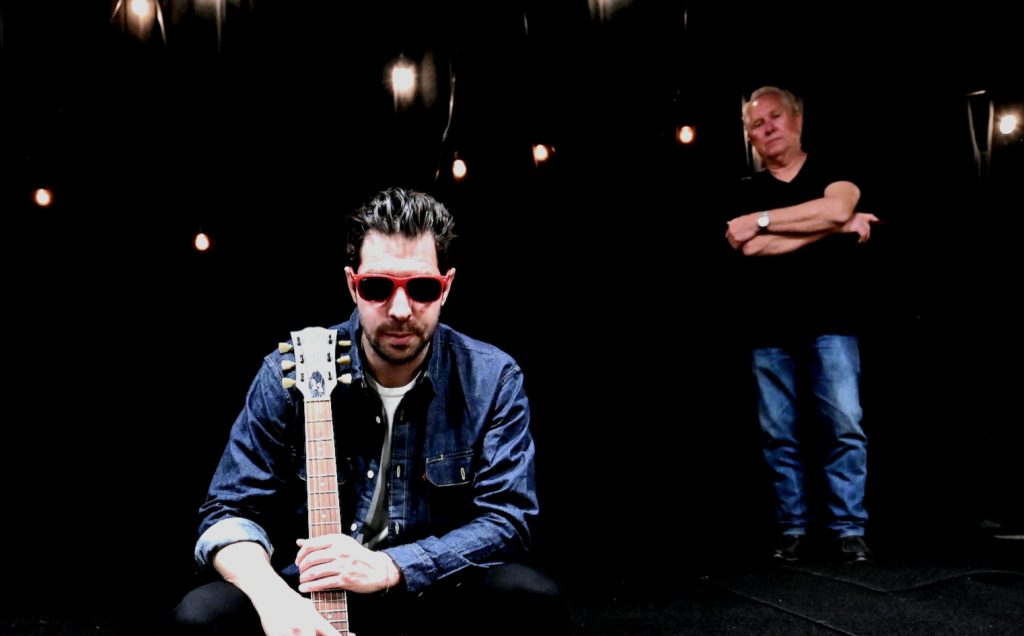 Guitarist Breezy Rodio is a classic example of someone born in the wrong era and even in the wrong country. The Italian born blues, soul, and reggae guitarist, who made his way to America and forged a career in The Windy City, truly has the heart of an authentic bluesman whose style and songwriting skills are from the golden era of Chicago Blues of the 1950s and ’60s. It was when giants like Muddy Waters, Howlin’ Wolf, Buddy Guy and Elmore James walked the streets of the West and South side neighborhoods.

Emigrating to the state in the early 2000s Rodio played behind Chicago bluesman Linsey Alexander for a decade before cutting his own debut album in 2011 and signing with Delmark in 2018. Rodio has followed the formula of Chicago blues based on the sound of  electric guitar and harmonica,  a solid rhythm section of drums and electric bass guitar paired with piano and B3 organ combined with heartfelt natural songwriting and real-life storytelling.

In March 2022 Breezy partnered with Texas guitar legend Anson Funderburgh to produce and record his latest album, Underground Blues at Wire recording in Austin for WindChill Records. The fourteen original tracks that Funderburgh calls “Chicago West Side Modern Blues” were captured live off the floor as showcased in the official video for the title track.

Rodio testifies to his struggle under the yolk of the Covid lockdown, utilizing the familiar Magic Sam motif of alternating from straight to swing grooves to create the dynamic tension that only a seasoned songwriter would know.

“Underground Blues” came to life after a very tragic event. And carries that pain and emotions that people call blues.

Album opener, “Half Way in the Devil’s Gate,” is a down tempo hypnotic blues with a deep pocket soaked in thick B3 organ, heavily effected brooding vocals, and yearning lead guitar featuring Anson. The clever word play on “C.H.I.C.A.G.O,” spells out the virtues of his beloved new hometown over a Chi-town shuffle that features hot harmonica from Josh Fulero and barrelhouse piano from Dan Tabion. Bassman Johnny Bradley and drummer Lorenzo Francocci dig deep into the shifty funk groove of “Playing My Game Too” that could have been found on a Butterfield Blues Band recording, featuring Funderburgh on guitar.

Rodio then chastises a friend, pressing them to get straight and stop using “That Damn Cocaine,” emphasizing his plea with sensitive lead guitar. Roadhouse blues riff, “The Murder,” recounts the tale of man escaping the fury of a woman scorned and the slow blues, “Lightning Strike,” speaks more on the subject of tough love with Rodio’s guitar doing most of the talking. Fulero joins the crew again for the jaunty, jazzy instrumental “The Asymptomatics” and everyone swings hard on the 12/8 blues of heartache “Let Me Go.”

The autobiographical “Gerry Told Me” speaks to one man’s determination to make it in the tough music business. Tabion’s piano leads the New Orleans rhumba “Hello Friendo,” and Rodio pays tribute to the great Chicago Blues men on the scorching twelve bar “Sugar Daddy,” evoking many a legend of the form. The sweet ramble “Why Did You Go,’ is a spot-on re-creation of a Chess Records’ session from the 1950s.

Rodio closes out Underground Blues by mixing up a spoken word meets bump-and-grind blues number “Bluesoned,” declaring his addiction to the sacred music he is dedicated to, becoming the living breathing embodiment of the notion “Keeping The Blues Alive.”